COVID-19 case count on Aug. 11: A closer look at the numbers in Texas

The Department of State Health Services reported 8,913 new cases on Tuesday, bringing the total to 500,620 coronavirus cases since the pandemic began. 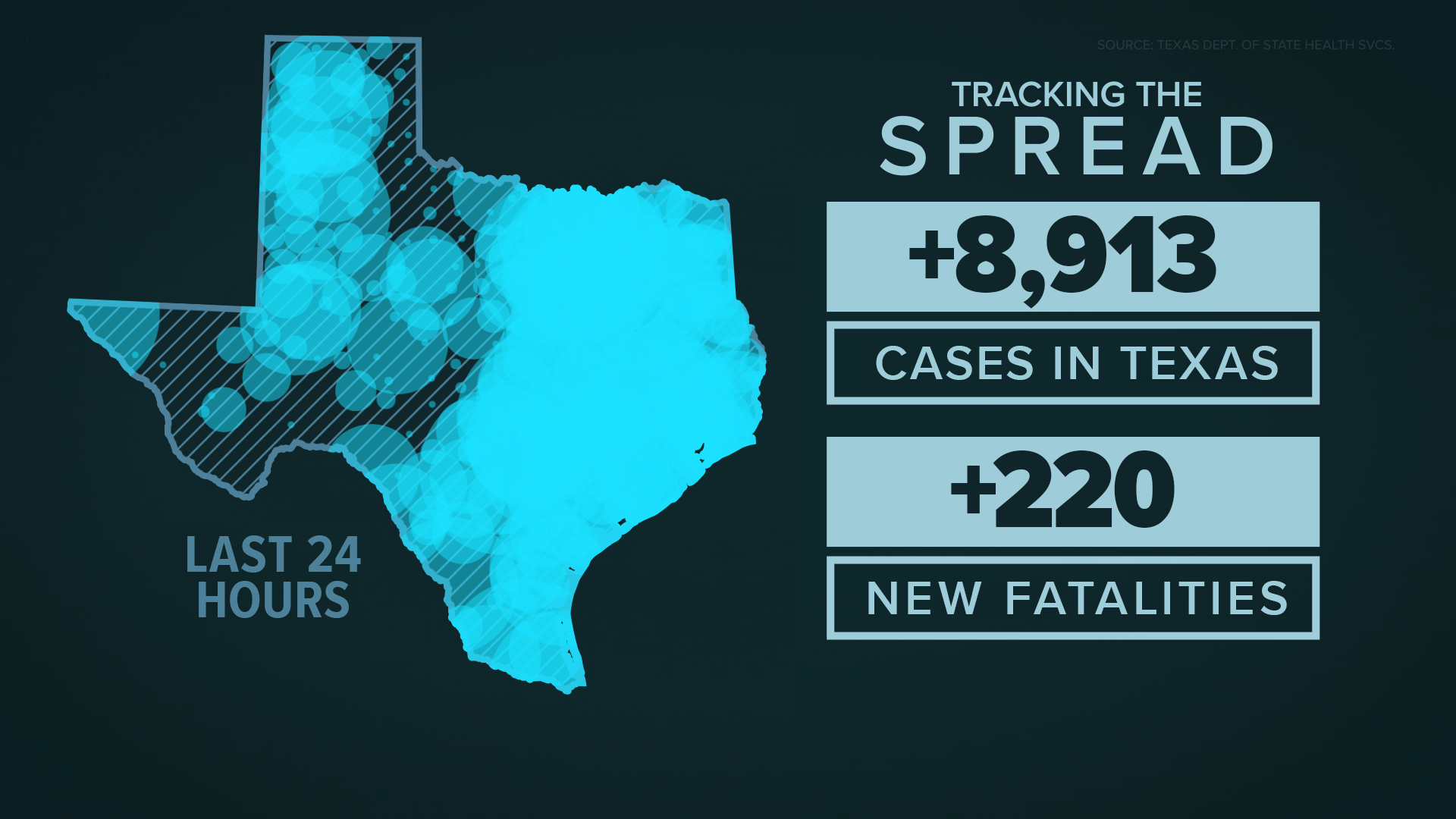 Tuesday's additional cases are higher than last week's average. From Aug. 4 to Aug. 10, the state averaged 6,971 new cases a day.

The state reported 220 new deaths Tuesday. Since the state switched to reporting death certificate data, the count of "newly reported" deaths does not mean that 220 people died on Tuesday, but rather, that the state received 220 finalized death certificates. Texas now reports 8,710 total COVID-19 deaths.

Texas' seven-day average positivity rate was 20.99% as of Aug. 9, meaning for every five people tested, more than one is positive. However, the total number of tests performed impacts that number, and fewer people are getting tested than in weeks past.

The Houston Health Department reported 311 new cases on Tuesday, including eight new deaths. It's the lowest single-day count since July 8 when 204 were reported.