The Houston Health Department said the positivity rate has increased steadily from June 1 to June 28, finishing the month near 25 percent. 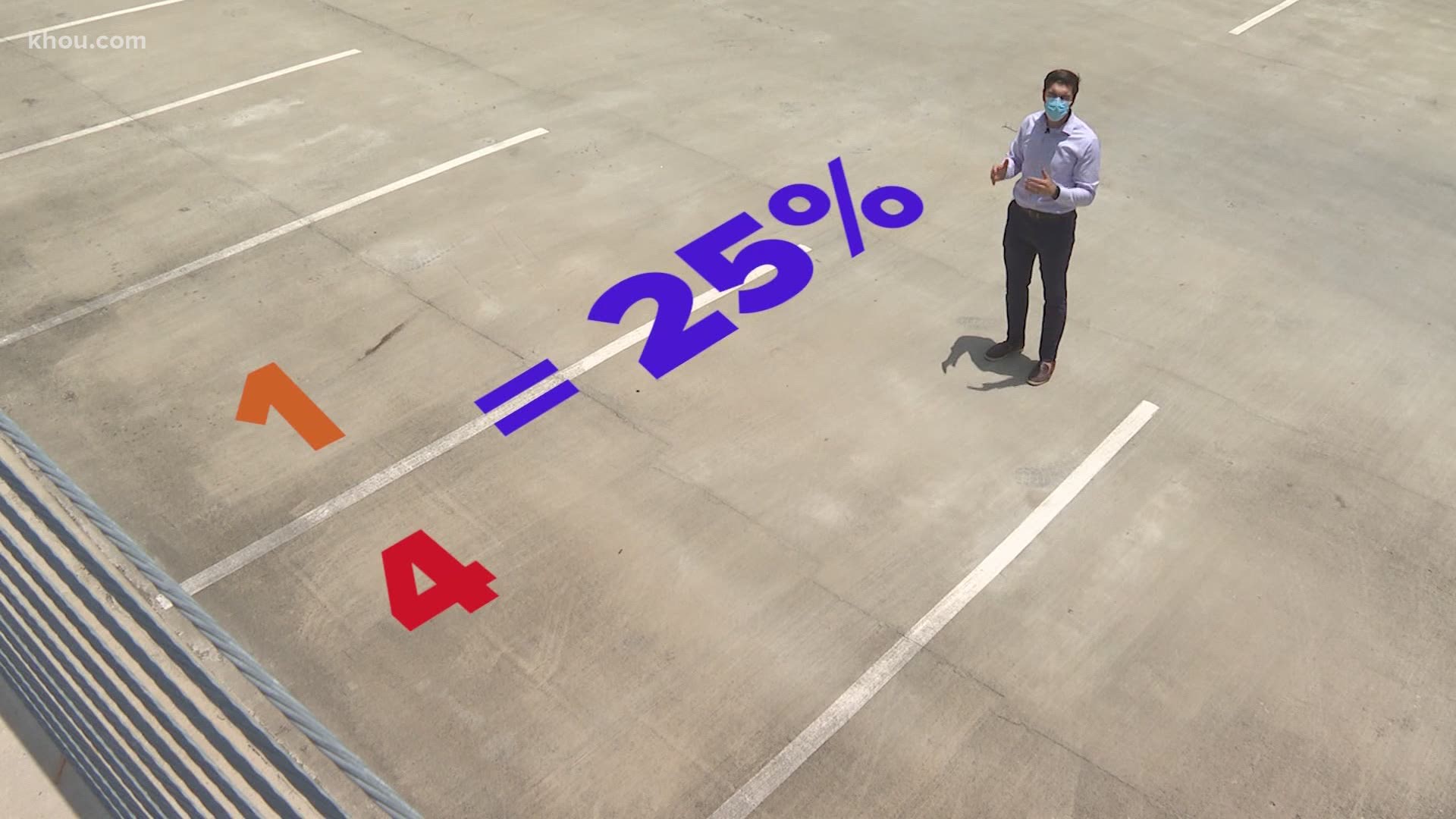 One key metric public health officials are focusing on is the "positivity rate." The positivity rate is the percentage of people who test positive out of all the people tested in a given time period.

According to the Houston Health Department, the positivity rate in Houston was 15.35 percent on June 1. On June 28, it was 24.82 percent, meaning almost one in every four people tested got a positive result.

But even public health experts admit that data has limitations.

“This is amongst a population of people who went to get tested for a reason," said Dr. David Persse, the Houston Health Authority. “Even if you think that this therefore doubles the rate, so we take our 25 percent is cut it back to 12.5 (percent), that’s still 1 in 8 people.”

Doctors like Dr. Persse have been urging people to think critically about how many people they invite over for the Fourth of July weekend.

Harris County Public Health suggests people should create a "social bubble": a group of people who treat each other as safe or low risk. People in a social bubble should take strict precautions with people outside that bubble, so as not to bring infection back to their bubble of origin. Ideally, a bubble would be members of your household, HCPH said.

Bubbles should be made up of 10 people or fewer, who take safety precautions, such as masking, hygiene and social distancing, seriously.

“We also need to keep in mind that you may already be infected and not know it and be the one spreading it," Dr. Persse said.

He challenged the idea that the area's increased positive cases are simply a result of increased testing.

The positivity rate of patients in the Texas Medical Center has also been steadily increasing since the beginning of June. On June 1, it was 3.6 percent. On June 28, it was 16 percent.

Houston Health Department added a free testing site at Willowridge High School from June 30 to July 3, capable of collecting 250 specimens each day. It reached capacity every day it was open that week.

In the last eight days, the city's drive-up testing sites at Delmar and Butler Stadium each reached their testing capacities of 650 specimens at each site seven and six times, respectively.

Dr. Persse said the only way to slow the spread of the virus is to follow the advice public health officials have said hundreds of times: wear a mask, socially distance, and wash your hands thoroughly.

“Our destiny is in our own hands," he said.