Dr. Grenita Lathan says she respects the decision to resume a national search. 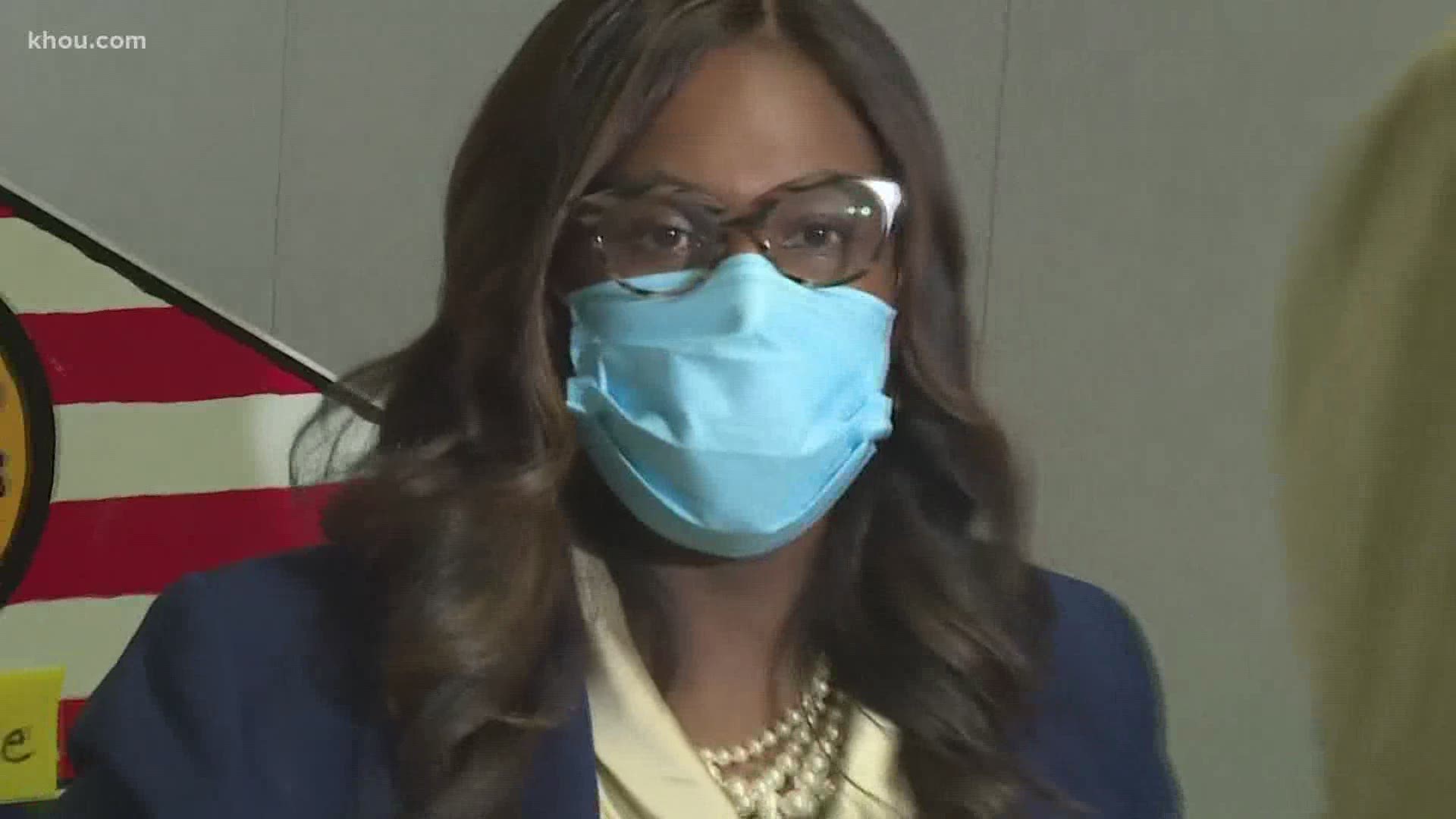 It's a tenure that’s included hurricane recovery, district turmoil and now a pandemic.

“I believe in times like these, more than ever, our district needs stability and proven leadership,” said one of more than 120 people who signed up for public comments during Thursday night's HISD Board of Trustees meeting.

A majority of those speaking supported a motion to name Lathan lone finalist for the job and grant her a contract.

But a majority of trustees voted against it in a 6-3 tally.

Allen was one of the three voting for Lathan.

The same trio voted against a national search.

At @HoustonISD HQ following up on last night’s board meeting. Majority of trustees voted AGAINST giving Interim Supt. Grenita Lathan the permanent job.. And FOR resuming a national search. Some of what Lathan has to say ⬇️. More: @KHOU at 4,5,6 #khou11 pic.twitter.com/tzq1Yy9jyE

"As the largest school district of Texas and the seventh largest in the US, it is of the upmost important that we seek the best candidate for permanent superintendent by going through a transparent and thorough search process,” said Trustee Holly Maria Flynn Vilaseca, one of six who voted for the seach.

Some question spending up to $250,000 on a search with HISD facing a possible Texas Education Agency takeover.

That's something pending the outcome of a lawsuit but could result in the board and superintendent getting kicked to the curb.

“We have to be good stewards of our children’s money," said Allen.  "This is not the time for a search.”

Board President Sue Deigaard said Lathan is more than welcome to apply for the position which likely won't be filled for months.

"And we line here up with everybody else we use a data driven reason on why we choose whatever superintendent that we choose,” said Deigaard.

However, she issued a statement Friday morning and said she respects the board's decision.

“Just as my focus has been for the past five years in HISD, my goal remains the same: to continue to achieve academic excellence in the district and support each and every student, parent, and staff member to the best of our team's abilities," said Lathan.

In other news, longtime Trustee Wanda Adams resigned from the board to assume a Justice of the Peace position.

A temporary replacement could be named next month.