HISD plans to test a percentage of students and all campus-based staff who choose to participate. 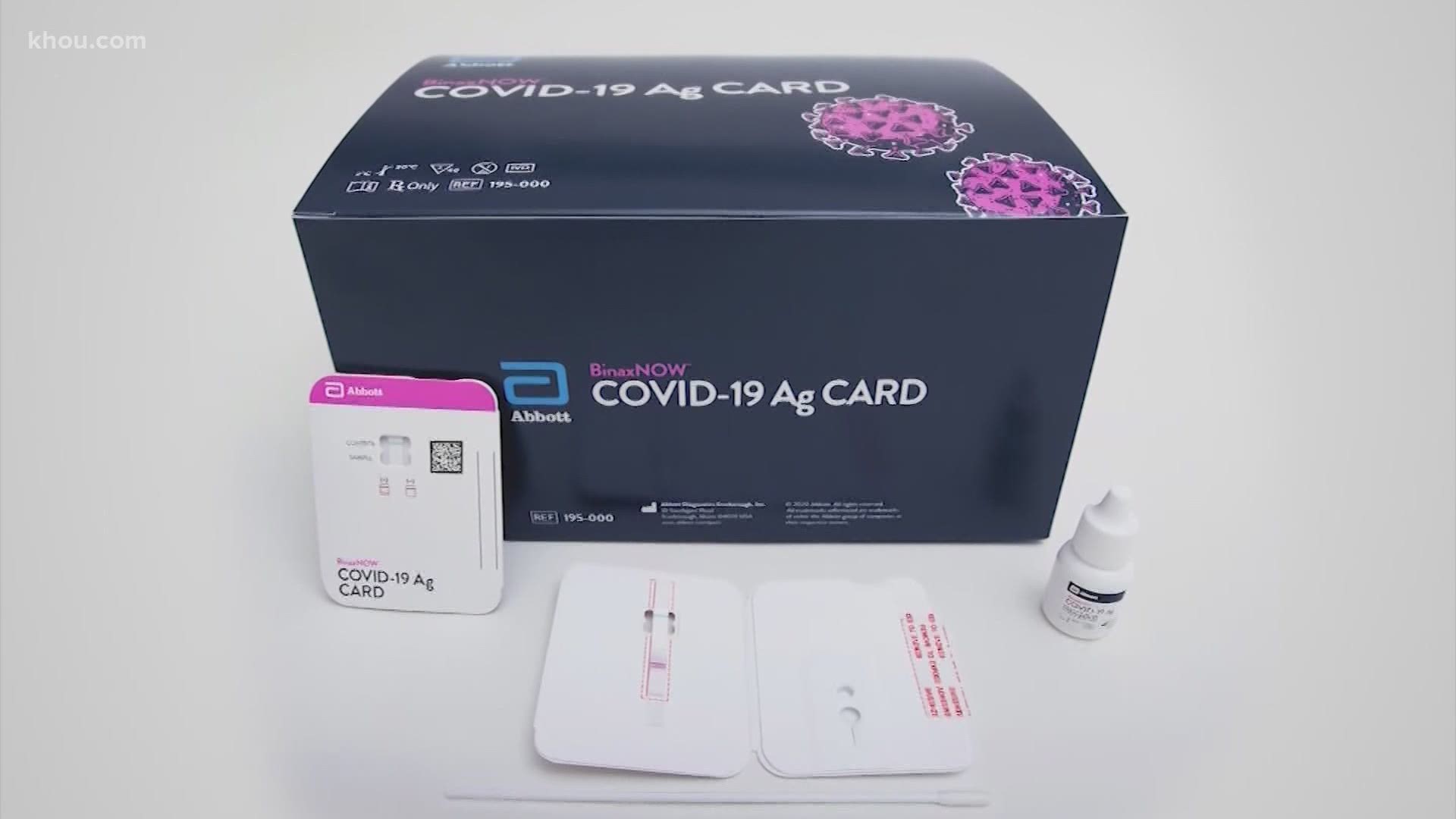 But she knows there are no guarantees while teaching face-to-face again.

“I, myself, and my immediate family, we’ve not had it thank God," said Mallet-Fontenot. "And so we just take every precaution that we can.”

That’s something Houston ISD and many other districts may be doing too.

They're participating in a program through the TEA and others that will offer free COVID-19 rapid testing to a percentage of students, with parental permission, and all campus staff.

In a 18-page document, the TEA said more than 360,000 tests have already been requested and that they’re faster and more accurate than previous rapid tests.

Regional health data will help determine how many each district gets.

“Testing of any sort is better than nothing.” @HoustonISD and other districts are set to get thousands of rapid #COVID19 tests per month under a new program meant to reduce spread. But some teachers want to remedy concerns before taking one. More: @KHOU at 4:30 #khou11 pic.twitter.com/TddSk9jLtT

"In many ways, it looks like a pregnancy test," Ysleta ISD Superintendent Xavier De La Torre told our sister station. "One stripe is good, two stripes not good.”

The West Texas district was one of eight selected to pilot the program prior to a statewide rollout.

“I think that it really is a game-changer," said De La Torre.

In addition to HISD, Cy-Fair and Katy ISDs are among other Houston-area districts that have applied for the program while already conducting limited testing themselves.

But Spring ISD is among those still weighing it.

“We are seeking more information about the TEA’s COVID-19 testing program to see if it makes sense for Spring ISD," the district said in a statement. "We do know that rapid testing is essential as we prioritize the health and safety of all of our students and staff.”

Fontenot said she has privacy concerns about who might have access to the test results and believes parents or guardians should have as much information as possible before allowing their children to take one.

"You know, testing of any sort is better than nothing,” said Fontenot.

HISD said it should begin receiving its allotment of tests as early as this week and that campus nurses are currently being trained on how to administer the tests.

Here's a look at the TEA's PowerPoint on the program.