“Operation Independence” resulted in 37 arrests by the 22-agency task force. 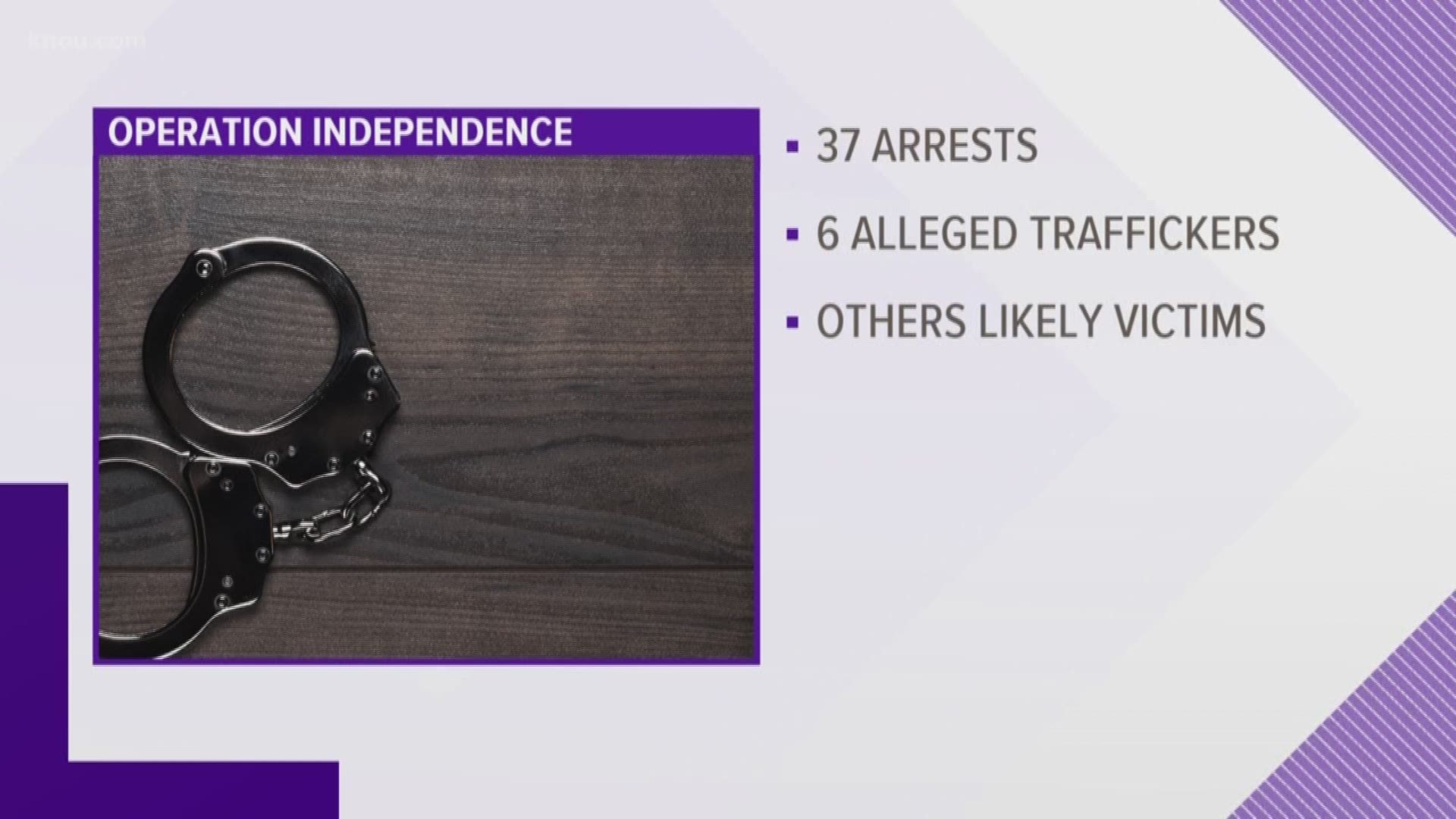 The Harris County Sheriff’s Office led a multi-agency effort in conjunction with the Human Trafficking Rescue Alliance to identify those forced into prostitution and connect them with community resources to escape their abusers.

“Operation Independence” resulted in 37 arrests by the 22-agency task force. Those arrested include six alleged human traffickers charged with promotion of prostitution. The others are considered likely victims of human trafficking and are being connected with social service providers with expertise in helping those forced into prostitution escape from their abusers.

“Human trafficking is an epidemic that plagues communities across our nation,” Harris County Sheriff Ed Gonzalez said. “I want to make one thing about these women very clear: In virtually every case, these women are victims. Our goal is not to send them to prison. Our goal i s to save them from their abusers and give them the resources they need to turn their lives around.”

The Texas Alcoholic Beverage Commission was among the key partners in the initiative.

“Operation Independence is a major success thanks to the partnerships built by the Harris County Sheriff’s Office and the Human Trafficking Rescue Alliance,” TABC Executive Director Bentley Nettles said. “This operation saved the lives of many victims of suspected human trafficking. However, our work is not finished. TABC and our partners will not rest until human traffickers realize their illegal activity has no place in Texas.”

The operation was conducted from July 29 and ended Aug.3. Undercover officers made contact with human-trafficking victims and their traffickers and arranged to meet in person to exchange money for sex.

When the human trafficking victims showed up for their meetings, they were detained and taken to a Spring Fire Department station, where a team of social service providers were waiting to offer them help.

At the fire station, members of the Texas Forensic Nurse Examiners were on hand to conduct full medical evaluations and sexual assault nurse examination kits.

In the Harris County Jail, these women are being served by the department’s re-entry programs designed specifically for women forced into prostitution.

In July, the Sheriff’s Office participated in the national Johns Suppression Initiative, targeting those who fuel the demand for human trafficking-driven prostitution.

Deputies arrested 77 so-called Johns on solicitation of prostitution charges during that effort. The Sheriff’s Office’s three most recent human trafficking initiatives have netted more than 180 arrests.

“While these numbers might be impressive, they are also alarming,” Gonzalez said. “It is well past time for all of Harris County to join in the fight against Human Trafficking.”