A young woman tells KHOU she was 15-years-old when she was sold for sex at hotels across Houston. 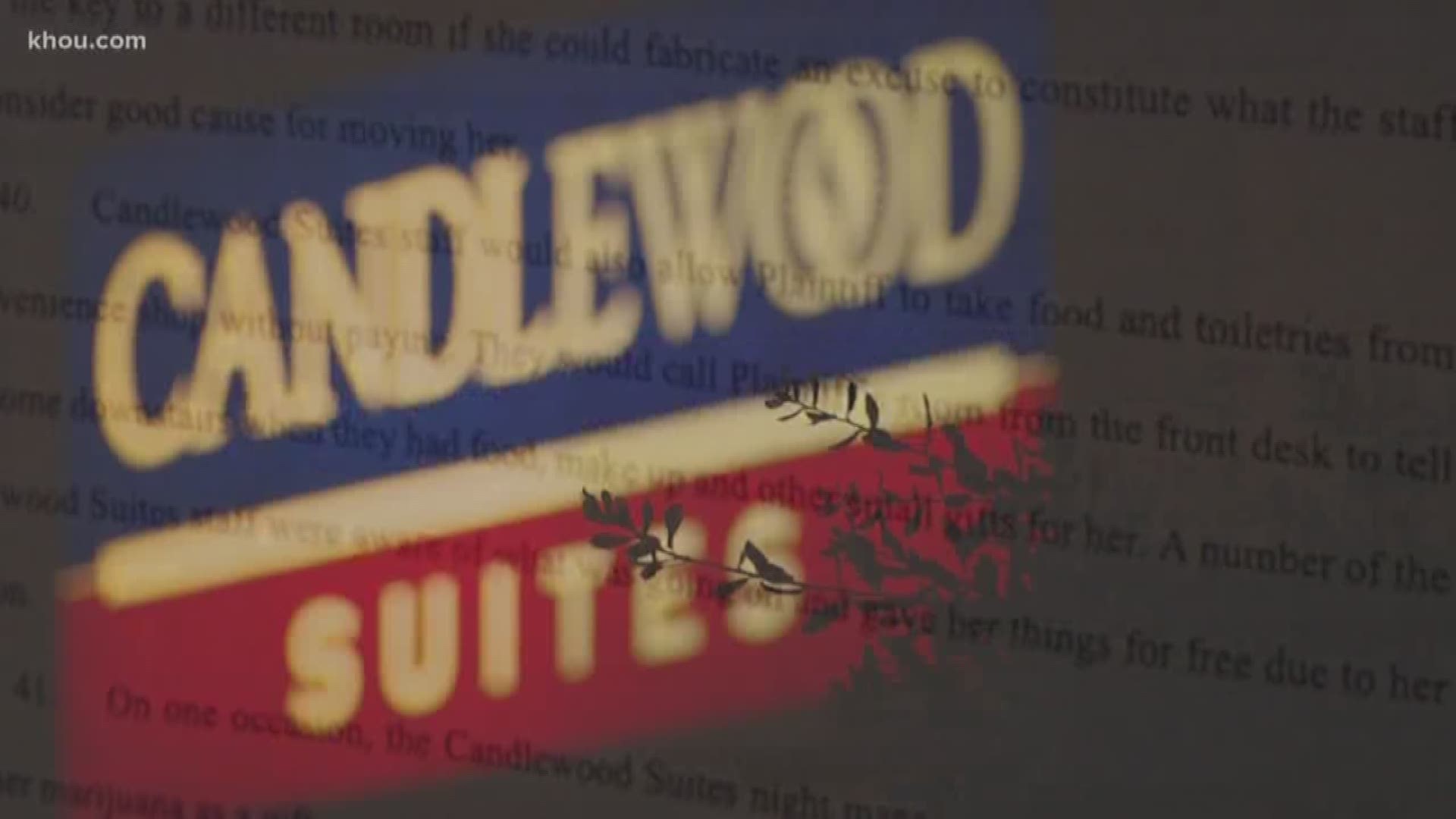 It's a part of Houston you may never see, but it exists.

A young woman was 15 years old when she was lured by sex traffickers. She agreed to share her story, if we conceal her identity.

"Before everything happened, I was a normal teenager. I played sports and I got A's and B's in school,” said the survivor.

It was at school where she met a friend who introduced her to a sex trafficker, and her life took a drastic turn when they dropped her off at a hotel.

"They just left me there, a man came in the room and he put money on the table and I just put two and two together," she said.

"I remember it was a small hotel and I remember when we first encountered her,” he said.

"They actually broke down the door, took me to the hospital right after that and I saw my family there so it was like a really big relief,” the young woman said.

Now, this survivor is taking a different approach. She's suing three Houston hotels who at the time, in 2016 and 2017 when the allegations occurred, operated as Candlewood Suites, Clarion Inn and Suites - Westchase and Red Roof Inn. All of the locations are near Westheimer and the Beltway.

"Hopefully, it will change the way hotels are being operated here,” said Derek Potts, an attorney representing the young woman.

Potts says hotel employees befriended his client. In the lawsuit, it claims she was given free food and toiletries by hotel staff because they knew about her situation. The young woman also claims she was even solicited by the guy working the front desk at the Clarion.

"If there's criminal activity going on, they have a duty if they know about it or should know about it to put a stop to it so their visitors are not harmed,” said Potts.

Going after the hotels, she hopes will keep establishments from turning a blind eye and remind girls the bad guys don't always win.

"I just want to give them hope and let them know that you can get out of it,” she said.

All three hotels and their franchise owners have filed legal responses denying any involvement. Two of them claim they weren’t even the owners at the time.

A spokesperson for International Hotels Group, the parent company of Candlewood Suites, issued a statement.

“Our hotels are independently owned and operated and we do not comment on ongoing litigation matters. We do however take this issue very seriously and have a Human Rights Policy that condemns human trafficking.”

A Red Roof spokesperson also responded with the following statement.

“Red Roof condemns and has zero tolerance for human trafficking and child exploitation. As part of our franchise agreements, all Red Roof properties must comply with the law, as well as Red Roof’s policies against human trafficking.  In light of this pending litigation, Red Roof is unable to discuss specifics of the case.”

If you are a victim of sex trafficking in the Houston area and need immediate response and rescue, call Rescue Houston at (713) 322-8000. The non-profit operates a 24/7 victim hotline.

How people in Houston can fight sex trafficking in our communities

Houston is a hot spot for sex trafficking, but there's also an army of advocates ready to rescue young women and men.

From nonprofits who help victims find a way out to long-term recovery programs, there are many resources in our area.

KHOU's Grace White speaks to Jennifer Hohman with The Houston 20 and local advocate Kathy McGibbon about what we can all do to fight sex trafficking in our communities. 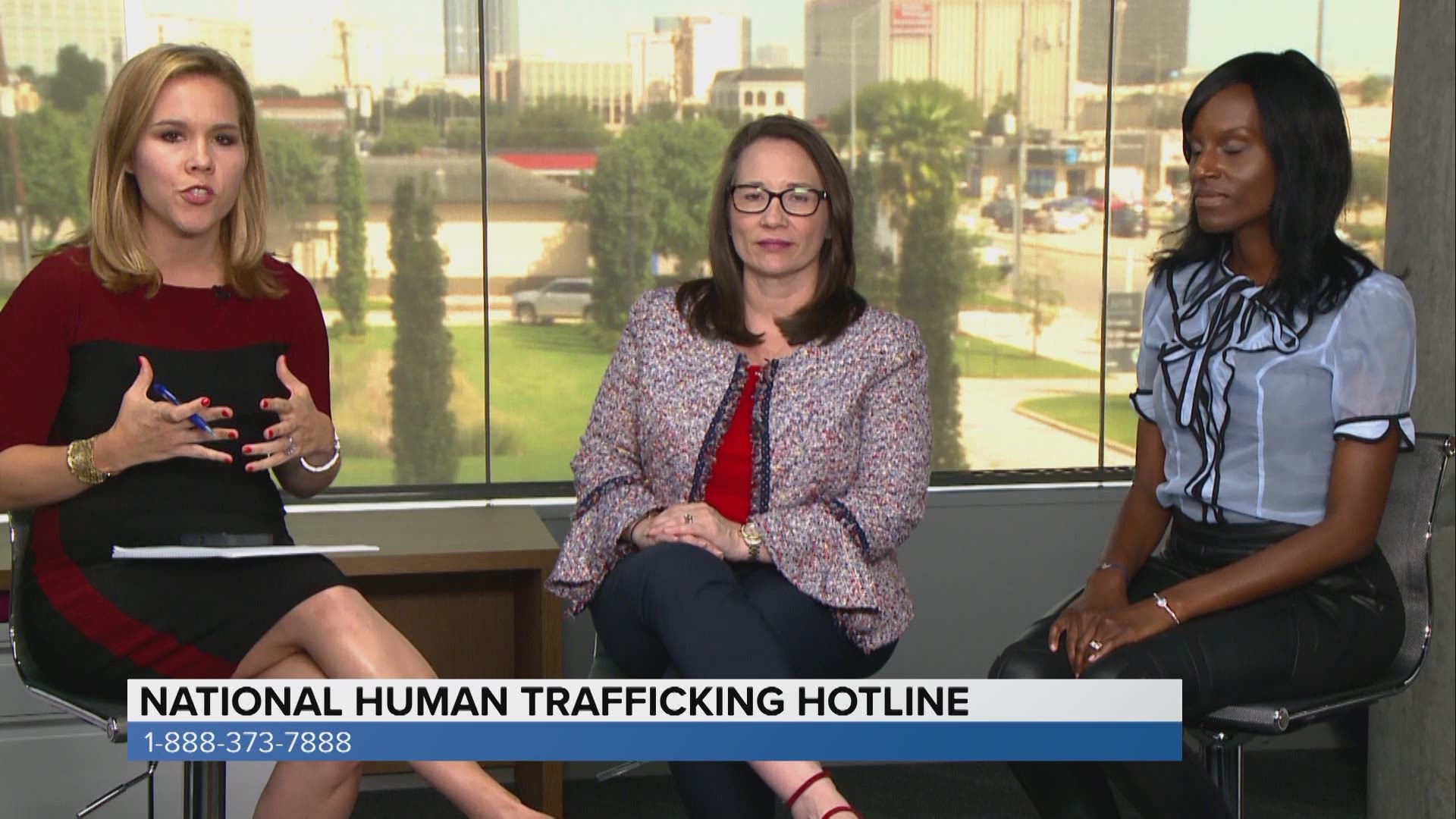