Houston police want the public to keep their eyes out for a white or cream-colored Buick with chrome rims. 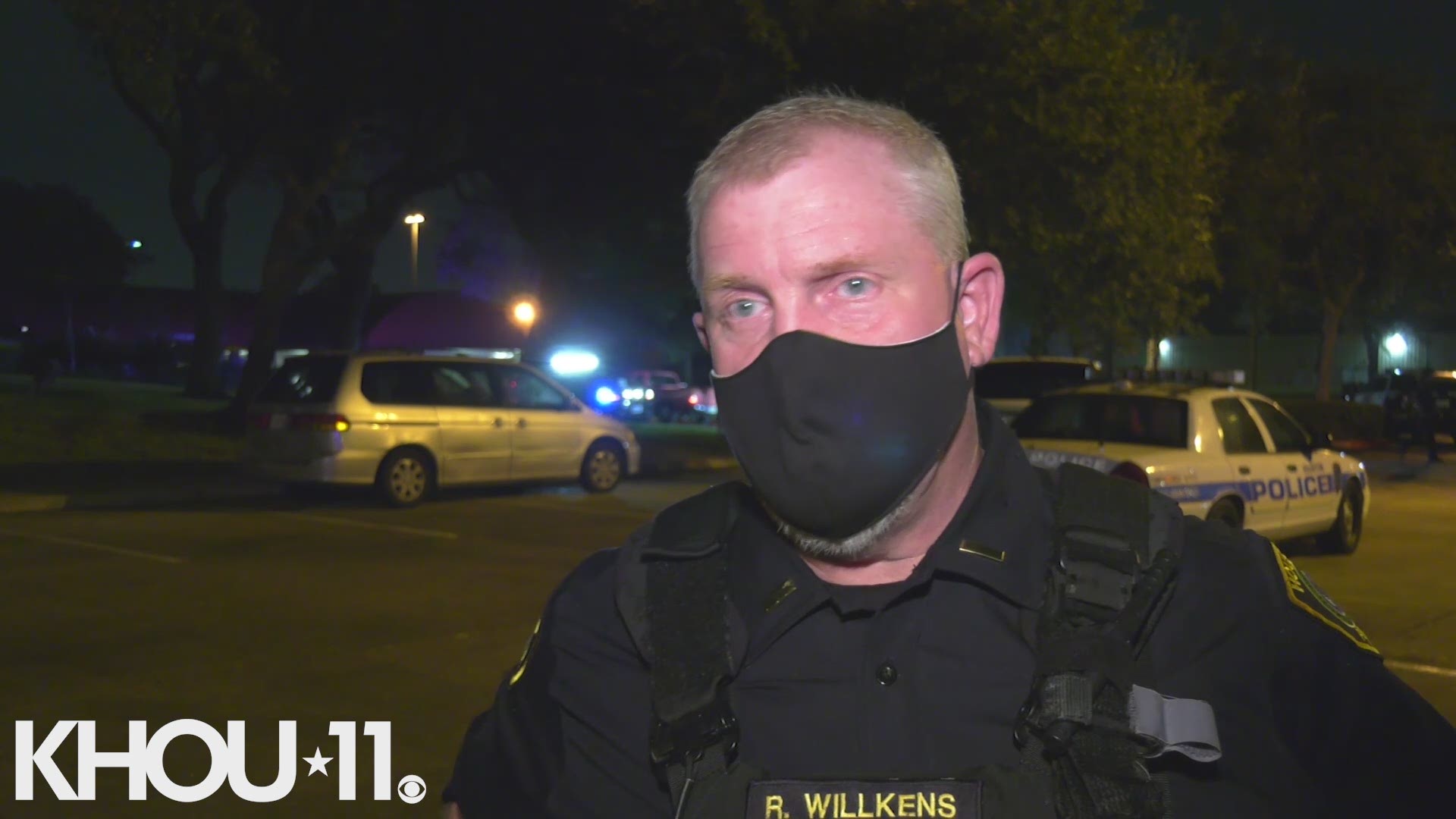 HOUSTON — A woman and child were injured Friday night in a suspected road rage shooting in southeast Houston and police need your help finding the suspect who pulled the trigger.

It started near a Taco Bell on Fuqua Street near the Beltway. Houston police said a man, his girlfriend and two children had just gotten food from the Taco Bell and drove onto Fuqua Street, where they almost crashed into another vehicle that didn't have its lights on.

According to police, there was a small altercation between the two drivers before they both sped off.

Police said the man with the family ended up passing the other vehicle near Fuqua Street and N Featherwood Dr. Shortly after the family heard gunshots.

The family called 911 and when police arrived on scene, they found rifle and pistol rounds.

Police are looking for the suspect who they said was driving a white or cream-colored Buick with chrome rims.

If you have any information on this road rage shooting or see a vehicle matching this description, please call the Houston Police Department Homicide Division at 713-308-3600.