The child's mother, who was driving at the time, is also hospitalized with severe burns but is reportedly stable. 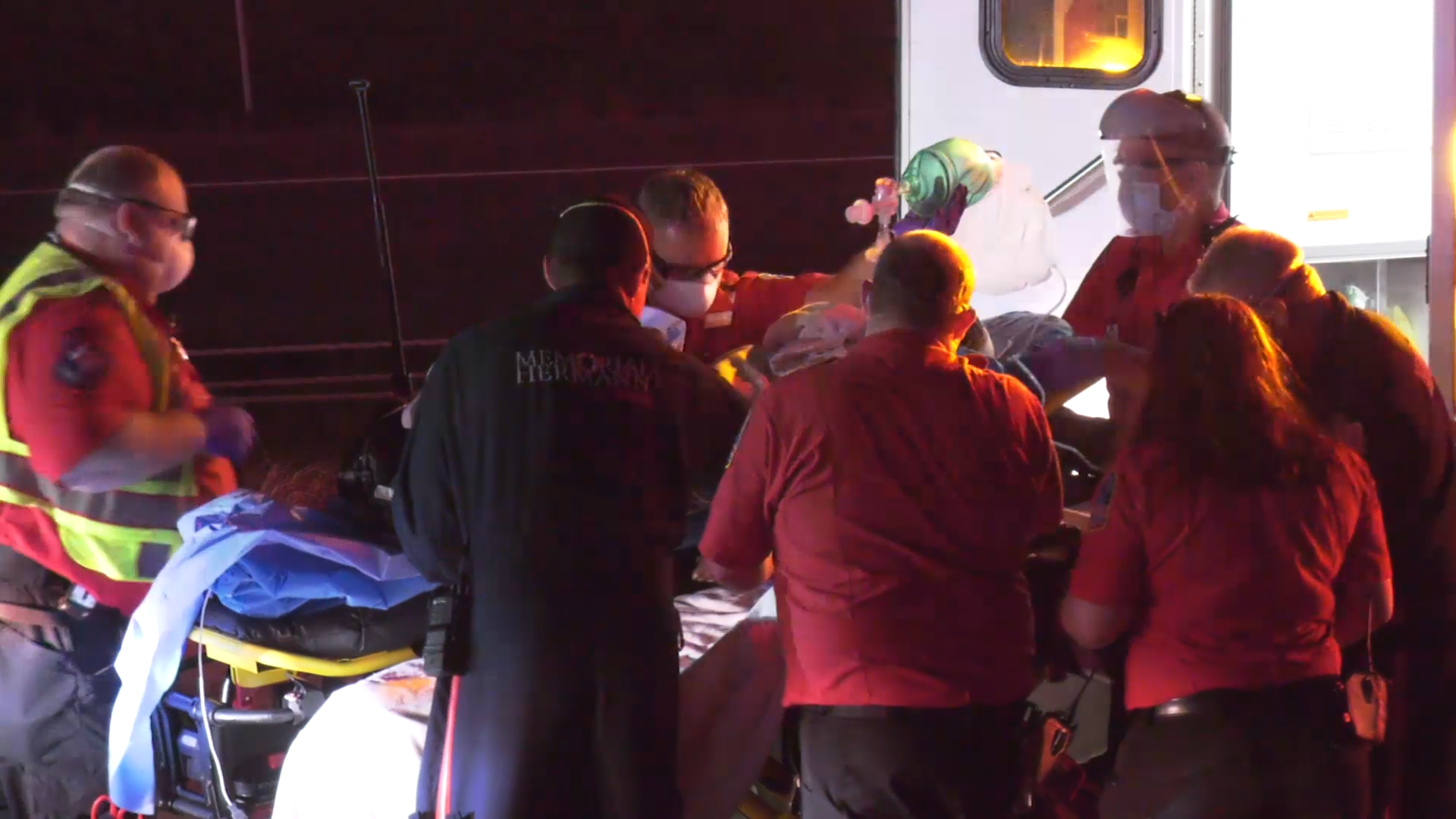 SPRING, Texas — A 6-year-old boy is hospitalized in critical condition after he and his mother were in a fiery crash overnight on the Grand Parkway, the Harris County Sheriff’s Office confirmed.

The Harris County District's Attorney Office confirmed the mother Erika Long, 28, has been charged with intoxication assault, which could be upgraded if the child dies from his injuries.

Investigators said Long was driving down the highway in a Honda Fit when she failed to maintain lanes and crashed into a cable center divider. They said the collision caused the vehicle to catch fire.

Credit: KHOU 11
This is what's left of a car after its driver crashed into a cable barrier on the Grand Parkway, causing the vehicle to catch fire.

When officers arrived, the car was engulfed in flames and the mother and child were found outside the vehicle with severe burns to their bodies.

Overnight, Erika Long (28) made the decision to get behind the wheel possibly intoxicated. She drove off the roadway at the 7200 blk of SH 99, struck the center divider, causing the car to ignite in flames. Her 6-yr old male passenger sustained major burns and is in critical

Investigators have evidence alcohol was a factor in the crash, but the case is still under investigation.

The incident shut down all northbound main lanes of the Grand Parkway, according to Houston TranStar. It's since reopened.