A mother and her boyfriend have been charged in connection with the death of 2-year-old Tevin Jefferson, who also went by T.J. 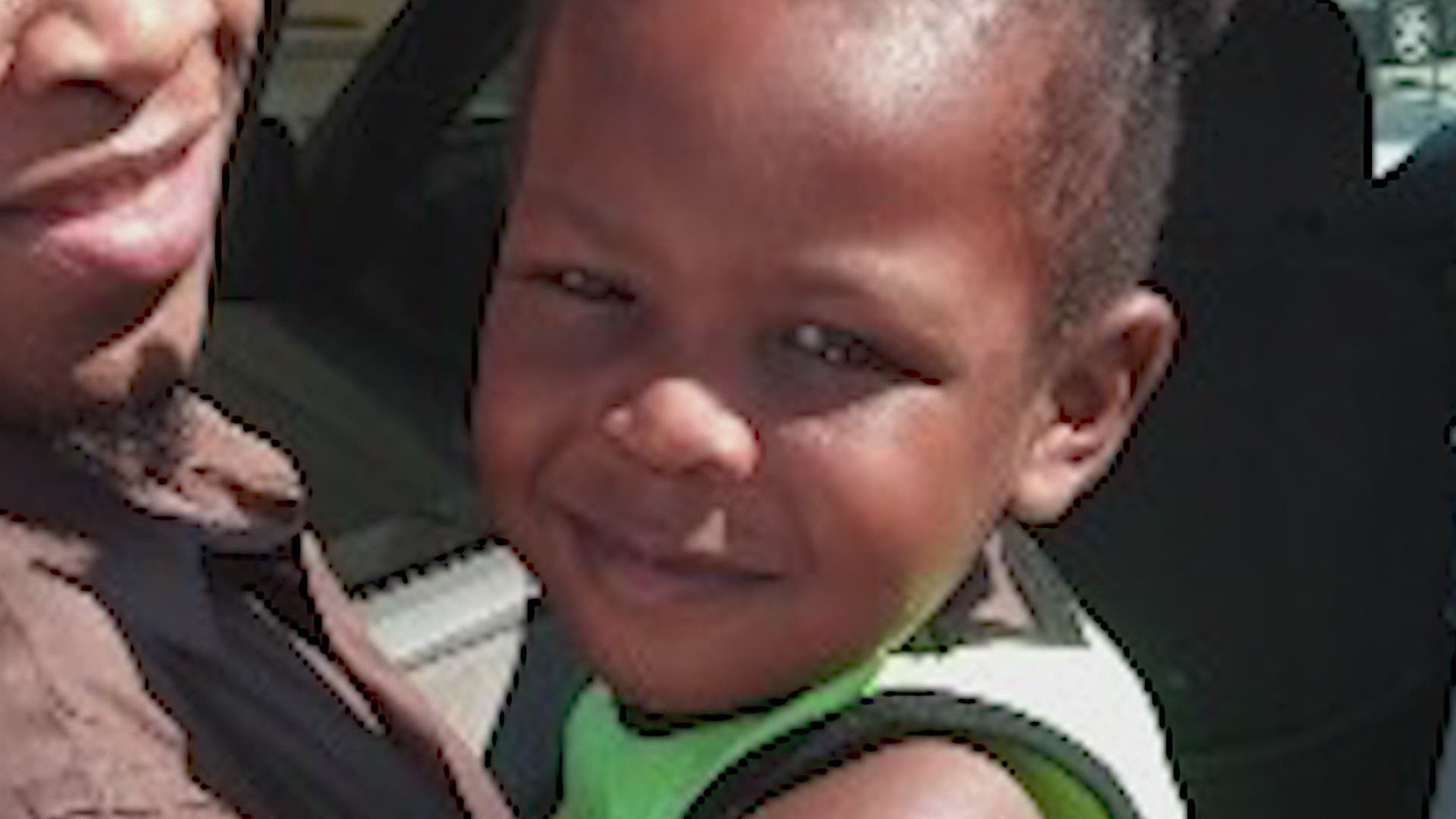 HOUSTON — A mother and her boyfriend have been charged in connection with the death of a 2-year-old boy, according to the Harris County Sheriff’s Office.

Tevin Jefferson, who also went by T.J., died from injuries he received at his home. Detectives said the child’s mom and her boyfriend lied in an attempt to cover up his death.

KHOU 11's Michelle Choi reported that the boyfriend appeared in probable cause court late Wednesday night. Johvonte Johnson, 26, could be seen shaking his head throughout the hearing. He’s charged with injury to a child, but that will likely be upgraded to murder, according to investigators.

Prosecutors said after initially denying any involvement, Johnson later admitted to deputies he hit T.J. several times with his hand, during potty training and that later, T.J. was knocked out after he fell and hit his head on a toilet.

“(Johnson) couldn’t explain why it took him over an hour to get medical help when he saw T.J. was in need,” prosecutors said.

During Wednesday night’s hearing, Johnson raised his hand several times, even as the attorney representing him advised him to not say anything.

They allegedly tried to cover it up

The child’s mother, Darrielle Williams, 23, did not appear in court. Her charge was read as well — also injury to a child because she allegedly failed to protect the boy.

Prosecutors said Williams lied to authorities at first, but later confessed T.J. was beaten by her boyfriend.

Prosecutors said she took T.J. to the hospital, where the child died in the emergency room, and that she and her boyfriend made up a story about the child falling in the bathtub.

"The child had suffered obvious trauma to the head that was not consistent with the explanation given by the mother," noted the sheriff's office in a press release.

According to court documents, Texas Child Protective Services had previously interrogated the boyfriend on allegations of child abuse. Prosecutors said, despite this, the mother still left her child in Johnson’s care.

Bond has been set at $50,000 for each defendant. The next court hearing is scheduled for Friday morning.

The sheriff's office released this statement about the case on Thursday:

"Homicide Investigators interviewed both Williams and Johnson and found their initial stories to be inconsistent with the facts observed during the investigation.  Both Williams and Johnson eventually admitted to fabricating the story about the child falling while with his mother.  Johnson admitted to beating the child and causing the child to fall and strike his head, which resulted in him becoming unresponsive.  Johnson , who is not the child’s biological father, then took the unresponsive child to the mother’s place of business and conspired with her to fabricate the story about the fictitious injuries.

Williams and Johnson were both charged with Injury to a child with serious bodily injury.  Pending the results of an autopsy conducted by the Harris County Institute of Forensic Sciences, the charge against Johnson is expected to be upgraded to murder."

T.J.’s paternal grandmother said CPS was already investigating the family and said she saw signs of abuse when the boy was staying with her last year.

“I was playing with T.J. and was tickling his feet,” Latonya Gilford said. “And at the bottom of the when I tickled his feet, I tapped his feet. And that baby cringed. He cringed so hard, like, 'What, somebody help.' And when his daddy walked through that door he just ran to his daddy and held on to his daddy for dear life. And I told my son then that baby’s being mistreated. But we couldn’t prove it. There was nothing we could do to prove it.”

Gilford said she’s seen a trend among child deaths in recent years and is warning parents to be careful about who they let around their children.

“A lot of these children are losing their lives to the step-parent,” Gilford said. “Not the parent. The step-parent.”