Terrian Leescott Brewer, 30, has not been arrested. He's accused of sexually assaulting a 32-year-old woman at Memorial Park last month. 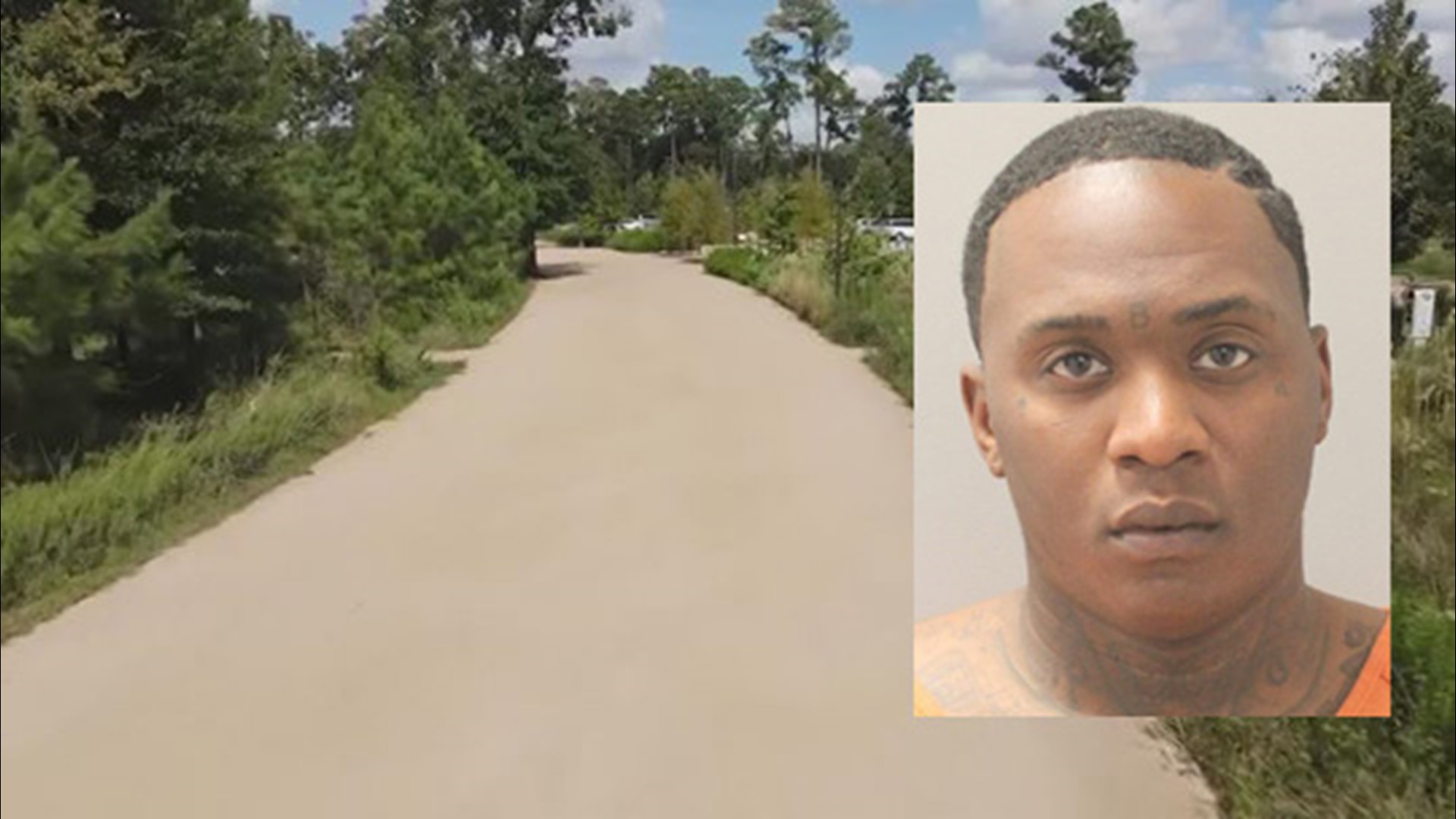 HOUSTON — Charges have been filed against the man authorities said sexually assaulted and robbed a woman at Memorial Park last month.

On Sept. 29 around 11 p.m., the 32-year-old victim was alone on the trails at Memorial Park when Brewer attacked, authorities said.

The woman told authorities that she was running but slowed down to a walking pace to rest. She said Brewer walked past her about 15 feet, turned around and grabbed her by the neck. She said Brewer asked for money and told her he was going to kill her. According to court documents, the woman said Brewer told her that he had a gun and he had killed people for less.

According to court documents, Brewer led the victim to an unlit trail and sexually assaulted her.

The victim told authorities Brewer drove her to a gas station at I-10 and Washington and made her pump and pay for gas. She said he threatened her again and said he would shoot her if she tried to run away.

The victim told authorities Brewer drove her back to the park where her car was parked and sexually assaulted her again.

According to court documents, the victim went into a bathroom to clean herself off, and when she came back out, Brewer was gone. She said she saw another man and told him she had been raped. He called 911. The victim used the man's phone to call her friend, who was able to pin the victim's phone, which appeared to be at an apartment complex near the gas station where Brewer forced her to pump gas.

According to court documents, authorities watched the complex over the next couple of days, and on Oct. 13, they found a car that matched the description given by the victim.

The car was registered to a woman who was listed as the victim in a family violence case with the Houston Police Department. Brewer was the suspect in that case.

Police said Brewer is Black, about 6 feet, 3 inches tall and weighs about 225 pounds. He has brown eyes and brown hair.

Brewer's most recent mugshot is below:

Prosecutor Johna Stallings said it's an ugly crime that happened at one of Houston's most beautiful parks.

“It’s a very horrific and traumatic crime to have to happen to anyone,” Stallings said. “I believe the charges reflect how serious it is.”

"In 2009, he was convicted and spent time in the penitentiary for burglary of a habitation, aggravated kidnapping and aggravated assault of a family member. ... Several years in prison,” Stallings said. “We would appreciate any and all information about any other situations where this defendant may have hurt anyone.”

Crime Stoppers may pay up to $5,000 for information leading to the charging and/or arrest of Brewer. Information can be reported by calling 713-222-TIPS (8477), submitted online at www.crime-stoppers.org or through the Crime Stoppers mobile app. Only tips and calls DIRECTLY TO Crime Stoppers are anonymous and eligible for a cash reward.