The man was taken into custody after police tracked the stolen ambulance to a Southwest Houston fast food restaurant. 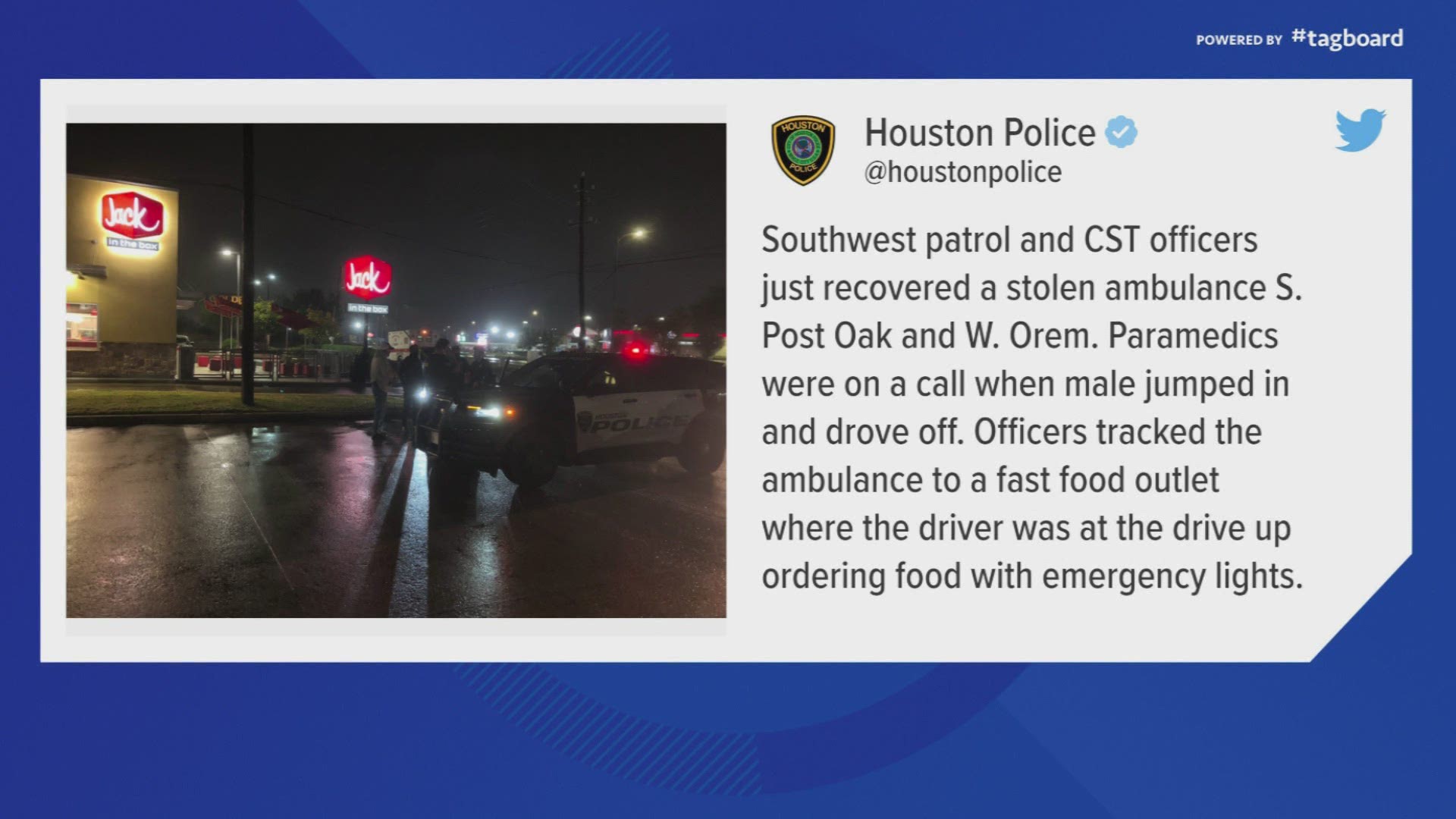 HOUSTON — A man was taken into custody Thursday night after Houston police said he stole an ambulance.

The man was arrested after police said they found the ambulance in the drive-thru line of a fast-food restaurant in Southwest Houston.

Houston police said the ambulance was stolen while paramedics were on a call. The suspect is accused of jumping in the ambulance and driving away.

Authorities were able to track the stolen ambulance to a fast food restaurant at the intersection of South Post Oak and West Orem. They said the driver was at the drive-thru ordering food with the emergency lights flashing when they arrived.

He was taken into custody without further incident. It's unclear what the man will be charged with.

Southwest patrol and CST officers just recovered a stolen ambulance S. Post Oak and W. Orem. Paramedics were on a call when male jumped in and drove off. Officers tracked the ambulance to a fast food outlet where the driver was at the drive up ordering food with emergency lights. pic.twitter.com/iQdyh6y5De