Prosecutors say the shooter used to be a security guard at a children's hospital. 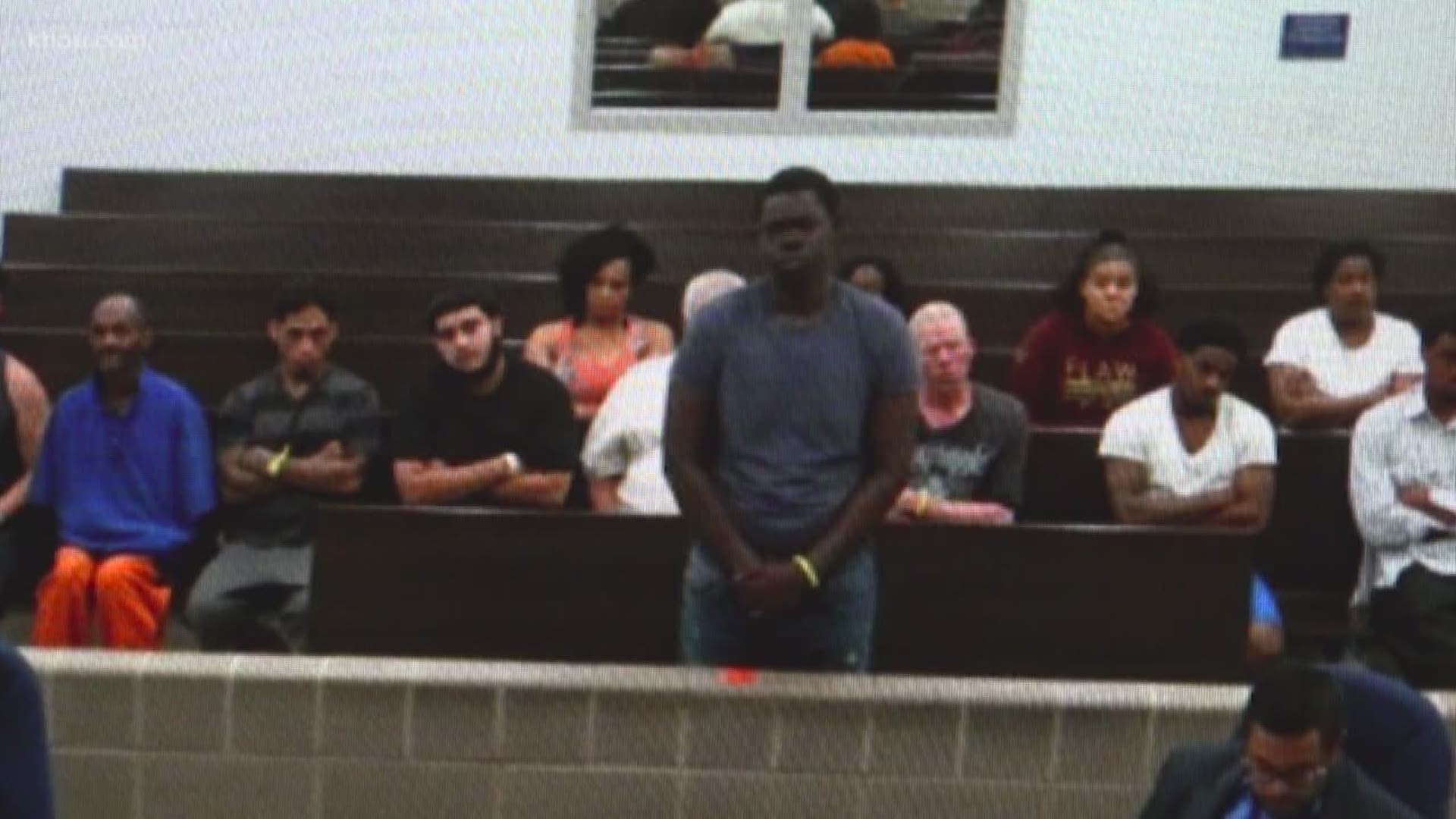 Prosecutors said 24-year-old Romando Powell admitted to investigators he intentionally shot the deputy because “the voices in his head told him to.” Powell is charged with attempted capital murder of a peace officer.

Deputy Quinton Goodwill was shot during a traffic stop on Wednesday outside the Missouri City park and ride.

The bullet struck the chest area of his bulletproof vest, and he was able to walk to the ambulance on his own to get taken to the hospital.

The five-year veteran of the force is now out of the hospital and resting at home with family.

Houston police said they later tracked down Powell and recovered a pistol, a bulletproof vest and a large amount of ammunition from his car.

Prosecutors said the alleged shooter recently moved to Houston from Miami where he used to be a security guard at a children’s hospital. Bond was set at $500,000.