Harvey survivors star in documentary to change how 'dams opened' 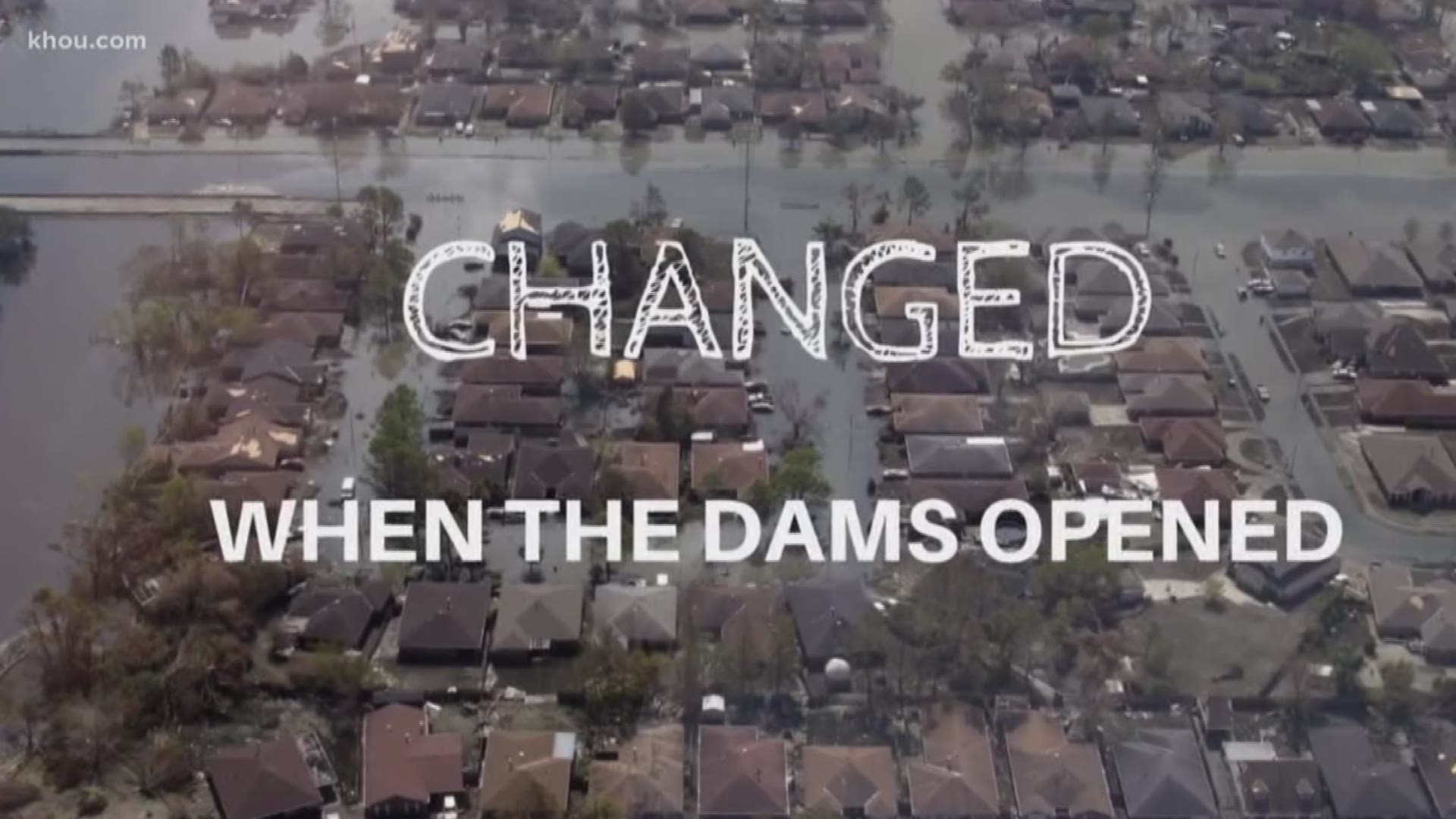 HOUSTON — West Houston homeowners whose homes flooded after Hurricane Harvey, when engineers released water from the Addicks and Barker reservoirs, are using film to heal.

They also hope to turn the heads.

The documentary “Changed: When the Dams Opened” spends an hour detailing the fallout on 10 families. The filmmaker, Maria Sotolongo, is a married mother of three who saw four-and-a-half feet of water wreck her home.

So she grabbed her cellphone, borrowed a camera then taught herself to edit a documentary.

"I could have saved more stuff.  But we had no idea this was going to happen and I think it is a story worth telling.”

Jennifer and Scott McKnight shared their experience in the film.

“We weren’t told the truth and we weren’t warned,” Jennifer McKnight said. “Our area was completely left to its own.”

“We feel like the Harvey recovery has gone much more poorly,” Jennifer McKnight said. “Even those without insurance have not seen grant money. My three neighbors right here all sold. They were in their 80s and 90s and they weren’t able to come back. That’s been a huge disappointment.”

McKnight’s goal along with Sotolongo is to move authorities to do better.

“What can we do?” Sotolongo asked. “What can change so that this does not happen again?”

The film does not have a distributor. It has been screened 10 times, including once at Houston City Hall. Mayor Sylvester Turner did not attend, Sotolongo said.

She plans to show it again next week. It is always shown free of charge and Sotolongo said she is not making any money on it.

While she may soon release the documentary online, Sotolongo mostly hopes to make the kind of splash her neighbors celebrate.

The film can be seen next Tuesday, Aug. 27 at 6:30 p.m. inside the Trini Mendenhall Community Center.  Admission is free but the screening is a ticketed event.

Those are available online.