HPD: Waitress dragged by truck after suspects dine and dash at Taqueria Arandas

Their bill was $23 but instead of paying it, the couple walked out, police said. 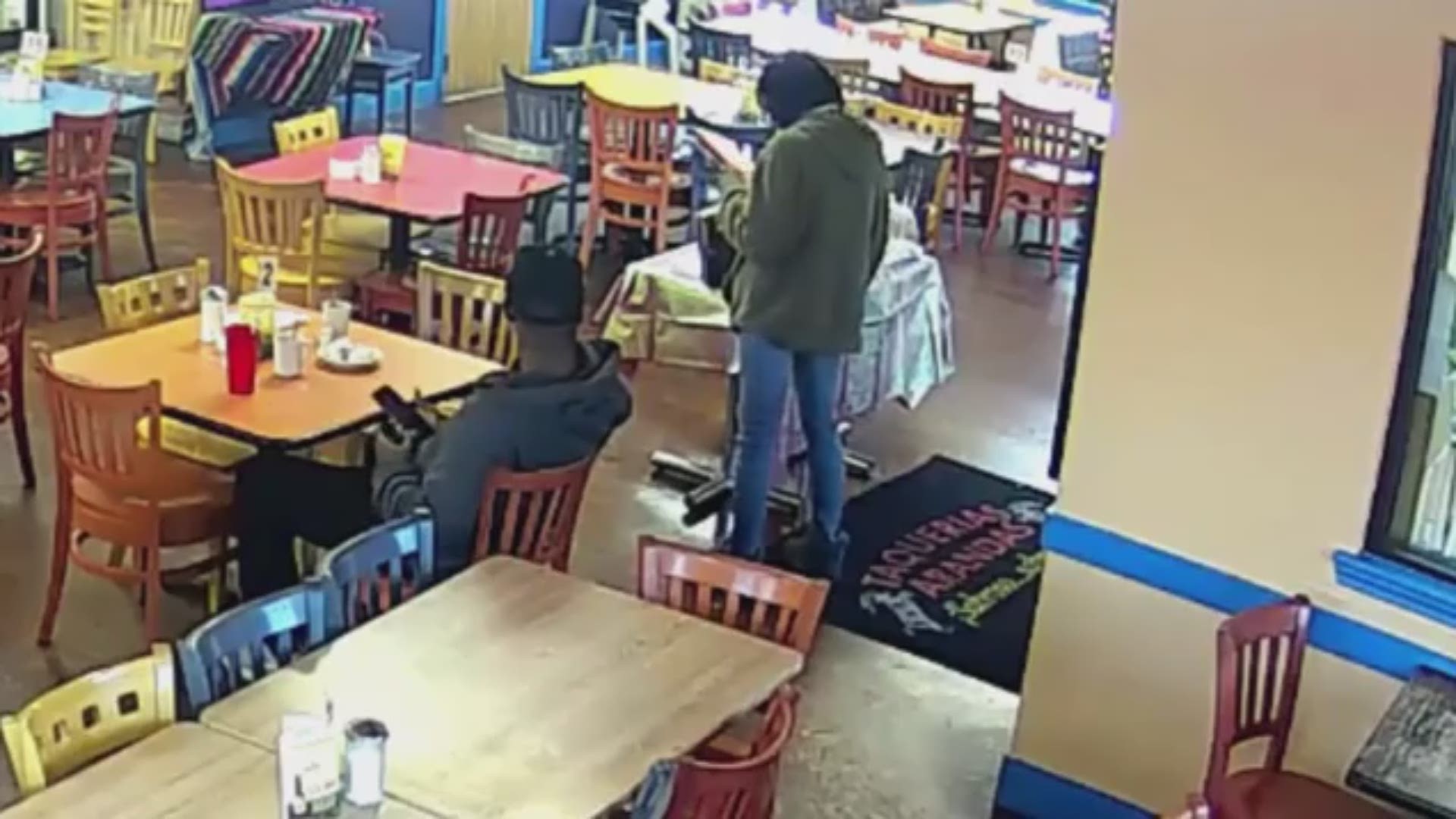 HOUSTON — Houston police are looking for two suspects accused of not paying for their meal at a local restaurant and causing injury to one of the waitresses there.

Officers say on January 14 around 8 a.m., a man and a woman were seen eating at Taqueria Arandas at 5560 Gulfton.

Their bill was $23 but instead of paying it, the couple walked out, police said.

When one of the waitresses confronted them in the parking lot, the couple took off in their truck.

Officers said the waitress' hand got stuck in one of the door handles and she was dragged a short distance before she was able to free herself.

HPD says because the waitress suffered minor injuries while the suspects committed the theft, the case is now considered a robbery, which is a felony.

The female suspect is described as a black woman, 30 to 40 years old, wearing blue jeans and a green jacket.

Anyone with information on their whereabouts is asked to call the Houston Police Department.

On Tuesday, HPD posted video of the couple here on YouTube.