From now on, Khurram Siddiqui said he won’t take his kids to the bank with him or withdraw large sums of money. 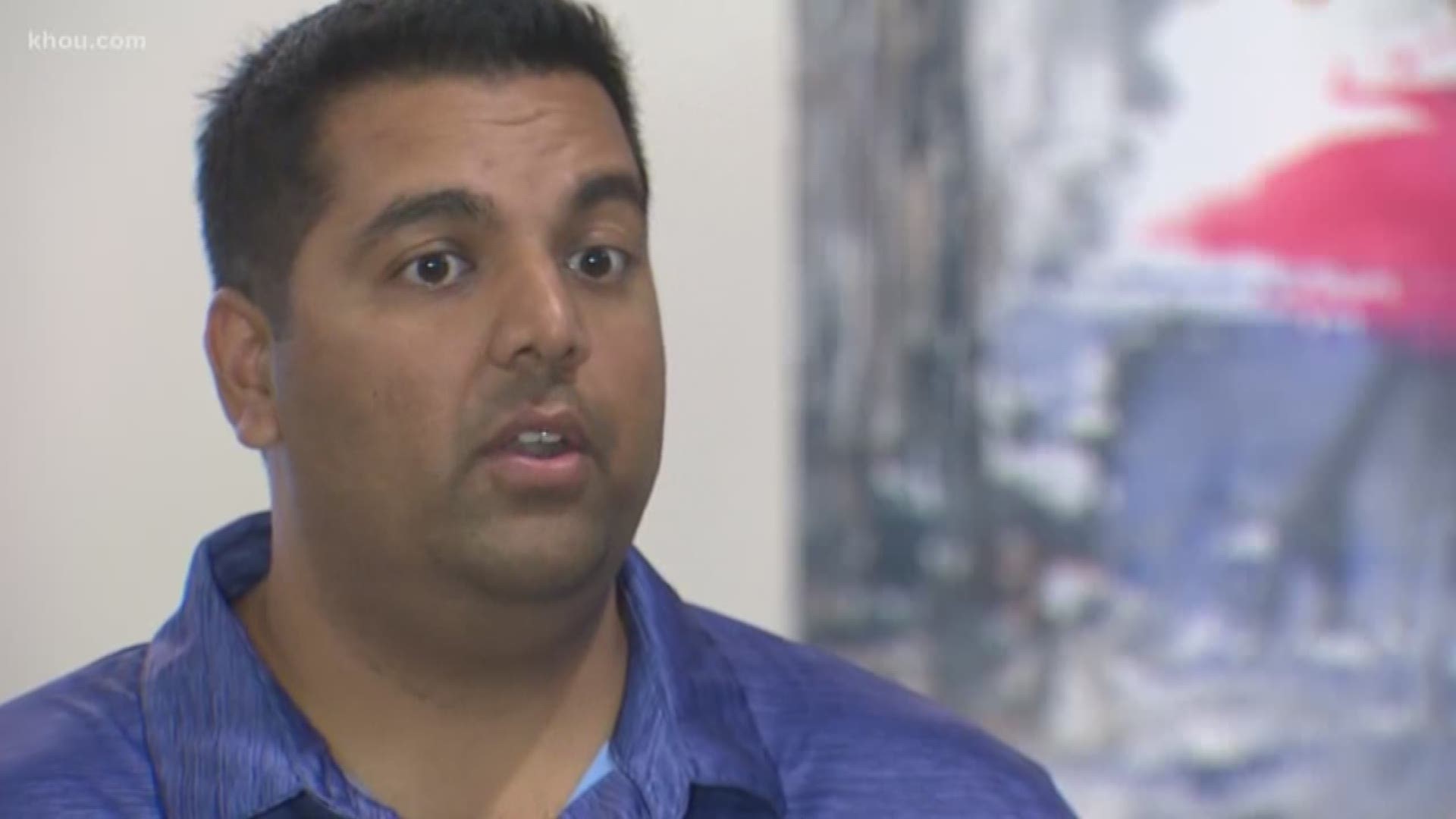 HOUSTON — Houston Police are investigating how a simple errand with his kids turned a Houston man into one of the latest victims of “juggers."

Jugging is when a person is scouted at a bank or someplace else, then followed and robbed. Houston police said it's happening more often, and cases are becoming more violent.

“You feel violated,” said Khurram Siddiqui. “It just keeps running and playing over and over in your mind.”

RELATED: Watch your back! Houston police say 'jugging' is on the rise and thieves are getting more violent

On April 27, Siddiqui went to Comerica Bank off Memorial Drive and Dairy Ashford with his two young kids. He withdrew $7,700 to pay his landscaper, then drove 30 minutes across town to the Heights to meet him.

“I left the money in the car because I wanted to inspect the work before I was going to pay him,” Siddiqui explained.

He says one minute later, he heard a loud pop, then saw a silver Buick with tinted windows run a stop sign slam into another car then take off. Witnesses told him that the driver had broken into his car seconds before.

“The driver side window had been broken into and the money was gone," Siddiqui said.

The $7,700 was in an envelope in his console which was tucked under a hat.

Houston Police said they are investigating this as a jugging, a type of crime we’re told is on the rise on the westside along the Beltway, Bellaire and Memorial Drive.

“I had never heard of that before! I was in shock," Siddiqui said.

However, Siddiqui is also grateful that the money was in his truck.

“Because if I had kept it with me and they came after me and they had a gun...I’m just happy my kids are safe," he said.

From now on, Siddiqui said he won’t take his kids to the bank with him or withdraw large sums of money.

Houston Police said they plan to look at the bank’s surveillance cameras to see if they can find a suspect.

“If you really need the money that bad, you could get a job. Shame on them," Siddiqui said.