Idania Rivera says she spent several days in and out of emergency rooms. Rivera says doctors told her she had third degree chemical burns on her head. 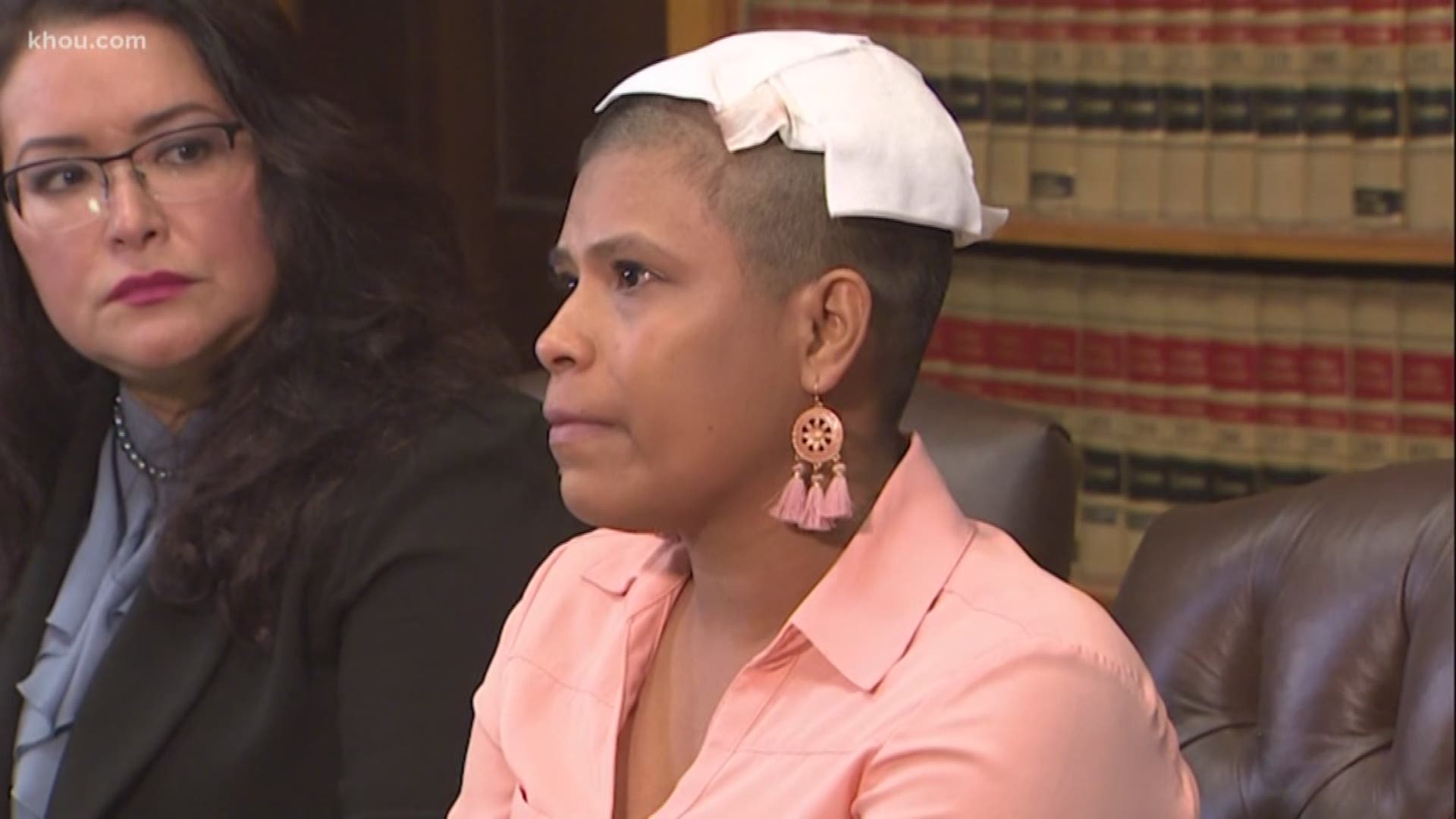 HOUSTON — A Houston woman claims she went to a salon to get highlights, but left with third-degree burns on her scalp.

Idania Rivera says she went to Unique Boutique and Hair salon in east Houston in March.

According to a civil lawsuit, the stylist applied PRAVANA Pure Light Power Lightener to her hair.

Rivera says the stylist told her she could leave for five minutes to pick up her daughter at home.

Within an hour, Rivera claims her head started burning. She says the stylist washed the product out of her hair and gave her two ibuprofen pills.

She reportedly spent the next several days in and out of emergency rooms. Rivera says doctors told her she had third degree chemical burns on her head.

“Nobody expects to go into a hair salon and come out of there scalped, which is essentially what has happened with our client,” said Hilda Sibrian, her attorney.

Rivera has filed a lawsuit seeking $1 million in damages.

Pravana International, Henkel US Operations Corporation, and salon owner Catherine Martinez are named in the suit.

Martinez told KHOU 11 News, “Stylists are not employees of the salon. They rent booths and are responsible for their own clients.”

Martinez says she wasn’t even aware of what happened to Rivera before the lawsuit was filed.

Attorneys say they’re investigating whether Rivera’s burns were caused by a bad batch of the hair lightener or if it was an application error.

“To me, as someone looking at this situation, what happened here should never happen," attorney Mo Aziz said. "There’s obviously a problem with the product or the strength of the product."

Rivera says she will need hair and skin transplants, because her hair follicles were permanently damaged.

A spokesperson for Henkel Corporation sent the following statement:

“We care deeply about people who use our products. We have not been contacted by this individual or either of the two law firms. Therefore, we have no information about this situation and cannot comment on this person’s experience. We welcome contacts through our call line to address questions and comments.”

Pravana International did not reply to requests for comment.