3 women were shot in the head inside a real estate office the day after Hurricane Alicia hit in 1983, but now an increased reward is getting the case new attention. 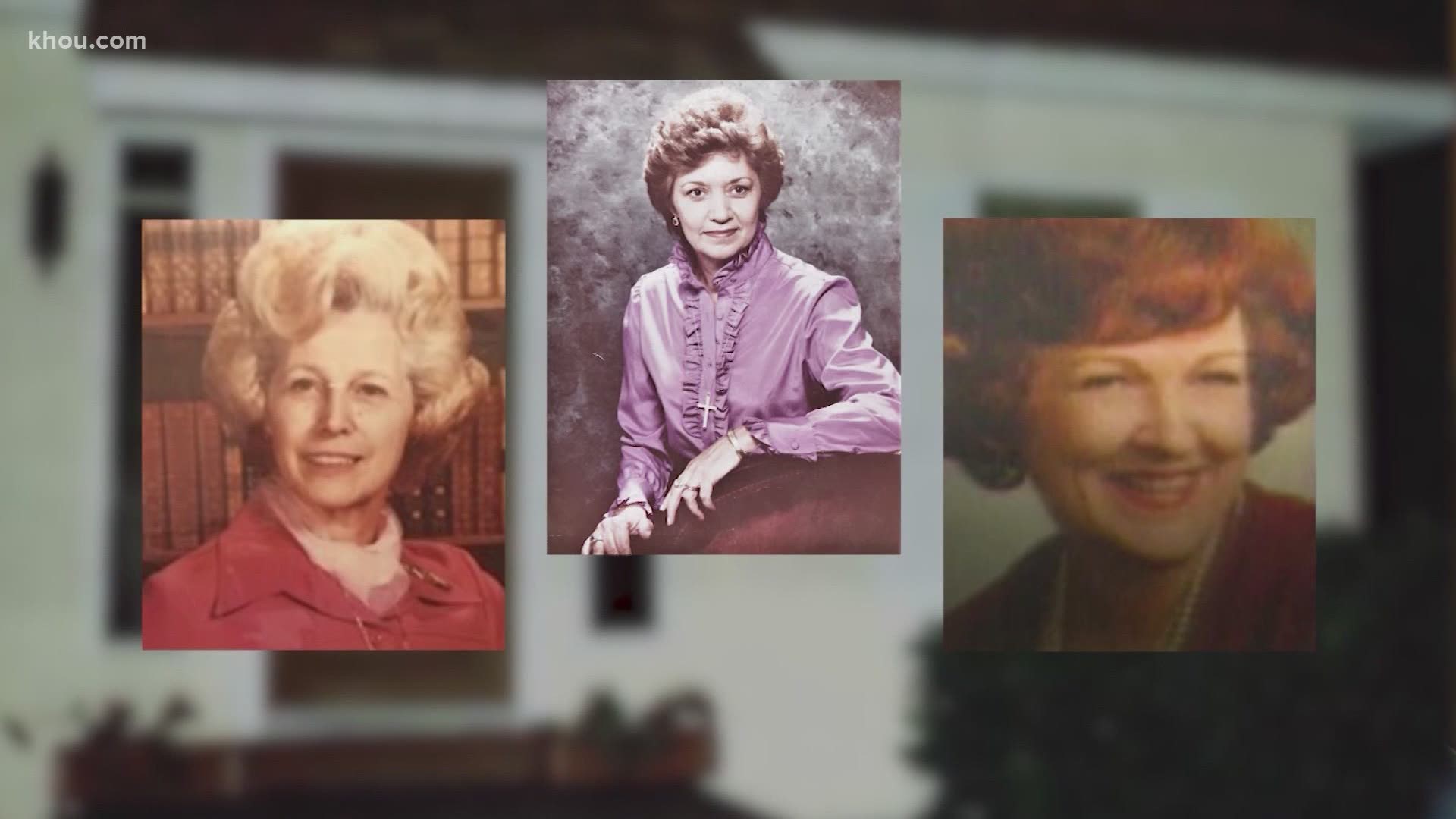 HOUSTON — It was a chilling headline: Three women shot in the head inside their real estate office the day after Hurricane Alicia hit in 1983, but now an increased reward is getting the case new attention.

“I was elated," said Sara Ivey Edwards, when she heard the news.

For decades, these daughters have waited for answers for their mom Frances Ivey and the two other women killed, Elizabeth Shumate and Joann Brown.

“I would love for this to have some closure, I spent way too many years trying to find the clues," said Helen Ivey Maldonado.

Crime Stoppers is not giving up, announcing Thursday, May 14, the reward was raised to up to $15,000. After KHOU's story aired in February, the Houston Association of Realtors board voted to donate the money.

“Anything that would have to do with the safety of our members would be of critical importance to us," said Vice Chair Chaille Ralph. "We would certainly hope that some resolution could be found."

Houston police had a sketch of a suspect, but think he wasn’t working alone. They’re now looking at what new DNA technology they can use to test old evidence.

“The slightest bit of information would be helpful," Sara said.

They believe it will breathe new life into a cold case.

“Somebody knows something, this is a big city I know but every day I find out how small it is," Helen said.

Houston police have reached out to the FBI to help with research and testing, but they still hope the new reward will encourage people to call Crime Stoppers at (713) 222-TIPS.

RELATED: Homeless man who tested positive for COVID-19 at Houston hospital released back onto streets