Couple who died in murder-suicide in lobby of Marriott Marquis had a violent history, court records show

Sherrick Byrd, the man who shot and killed 27-year-old Jenna Soderberg at the downtown hotel, was convicted of assaulting her in 2018. 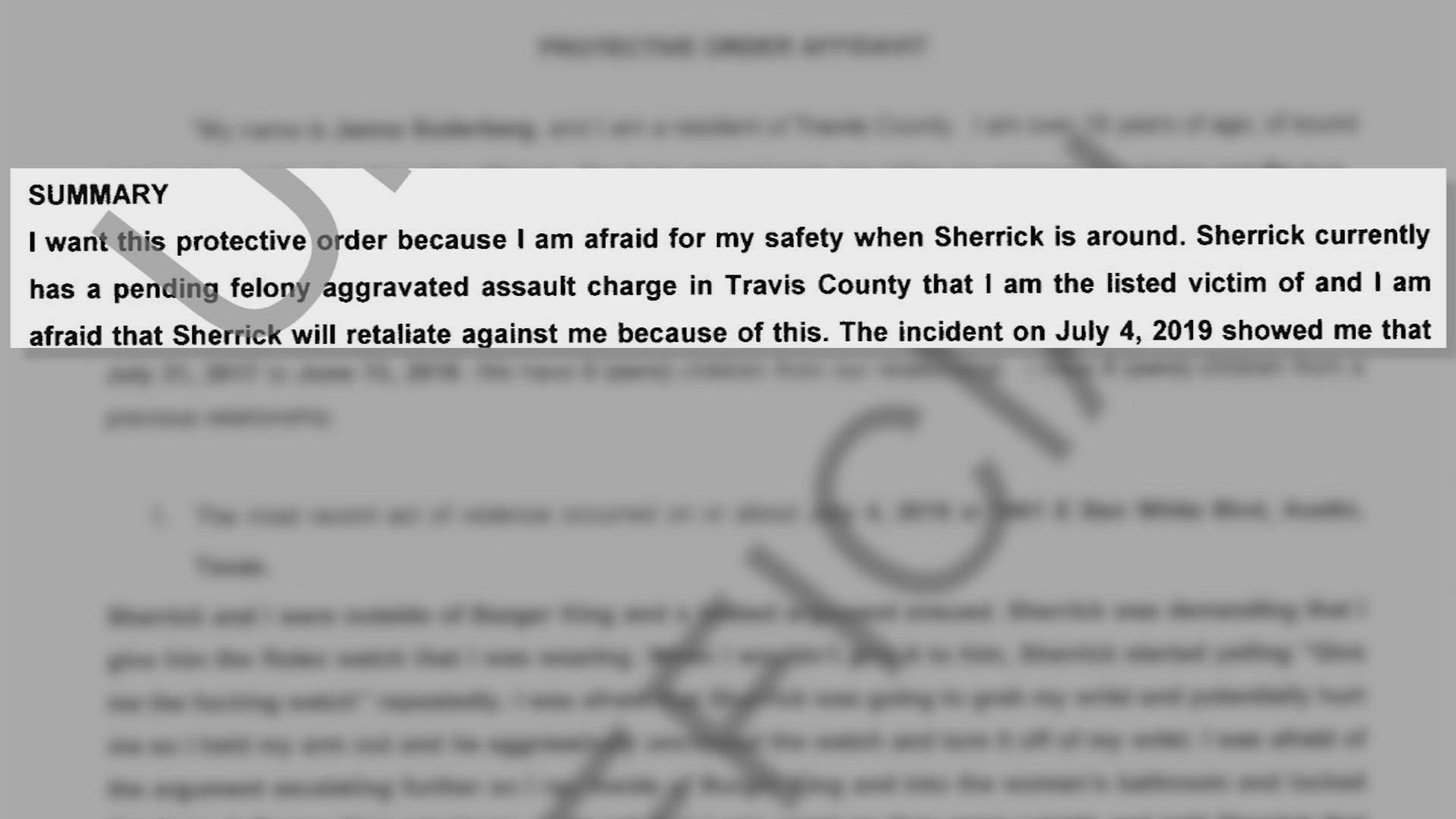 HOUSTON — The couple involved in a murder-suicide at the Marriott Marquis in downtown Houston had a violent history, court records show.

Houston police say Jenna Soderberg, 27, was shot and killed by 39-year-old Sherrick Byrd before he took his own life late Tuesday afternoon. Witnesses in the lobby of the busy hotel at 1777 Walker Street heard the gunshots shortly after the two arrived.

Investigators said Wednesday the two were in a dating relationship.

Court documents and DPS records show the couple's stormy relationship dated back to at least 2017 when they moved in together in Austin.

RELATED: Police believe murder-suicide in lobby of popular Houston hotel was not a random act

In the summer of 2019, Soderberg accused Byrd of assaulting her outside Austin Burger King. She said when Byrd got aggressive, she ran inside to hide in the restroom. He left after employees threatened to call the police.

A week later, Soderberg filed for a protective order, citing the Burger King case and an earlier assault in 2018.

The order was dismissed when they couldn't find Byrd.

DPS records show he pleaded guilty to a lesser domestic violence charge in Travis County and was sentenced to 112 days in jail in May 2021.

In 2009, Byrd was convicted of the same charge in Denton County and served about six months in jail. We don't have any information about the victim in that case.

At some point, Soderberg moved to Atlanta. It's not clear when or why she and Byrd were in Houston. Witnesses told police they arrived at the Marquis in separate vehicles and and appeared to be arguing in the lobby shortly before the shooting.

One thing that is clear: Two years after Soderberg expressed her "fear of future violence,” she was killed by the man she was so afraid of.