Houston Police Chief Troy Finner said a man shot a woman and then shot himself at the Marriott Marquis in downtown Houston. 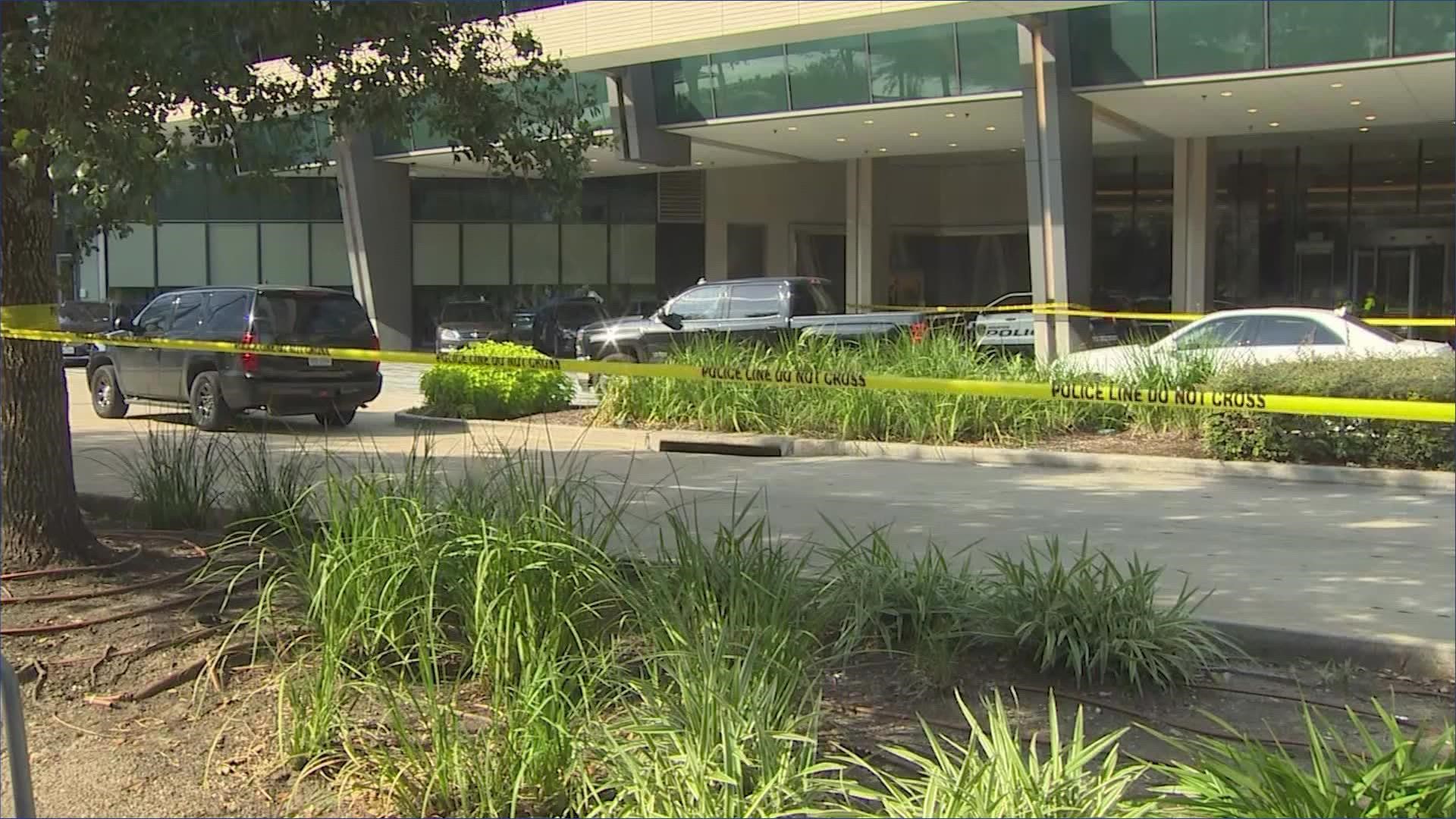 HOUSTON — Two people are dead after a murder-suicide in the lobby of a busy downtown Houston hotel, according to police.

Houston Police Chief Troy Finner said a man shot a woman and then shot himself at the Marriott Marquis in the 1700 block of Walker Street around 4 p.m. Tuesday.

No one else was hurt and Finner said this was not a random act.

Finner said it appears they  knew each other, but the relationship is unclear.

They arrived in different vehicles before meeting in the lobby, Finner said. He said it appears were checking into the hotel because they both had suitcases.

Police Chief Troy Finner says the shooting in the lobby of the Marriott Marquis in downtown Houston was not a random act, it was a murder/suicide. He says within 5 to 10 minutes of entering the lobby, a man shot and killed a woman, then turned the gun on himself. #khou pic.twitter.com/FKkcfC4Soo

He said they were having a conversation when the man pulled out a gun and shot the woman and then turned the gun on himself. Witnesses reportedly didn't notice the man and woman arguing before hearing the shots when they were fired.

Police said they're interviewing witnesses and trying to identify the man and woman in order to notify their family members. Finner said the woman was in her late 20s and the man was in his late 30s.

This is the scene outside of the Marriott Marquis in downtown Houston outside one of the busiest and most popular hotels in the cities. #khou11 @KHOU https://t.co/WA0qusTXsV pic.twitter.com/KctNf6NXkx

Here's what the police said at the scene: