Houston Police Chief Troy Finner said the department will be releasing body cam video within 30 days when there is a death or injury involved. 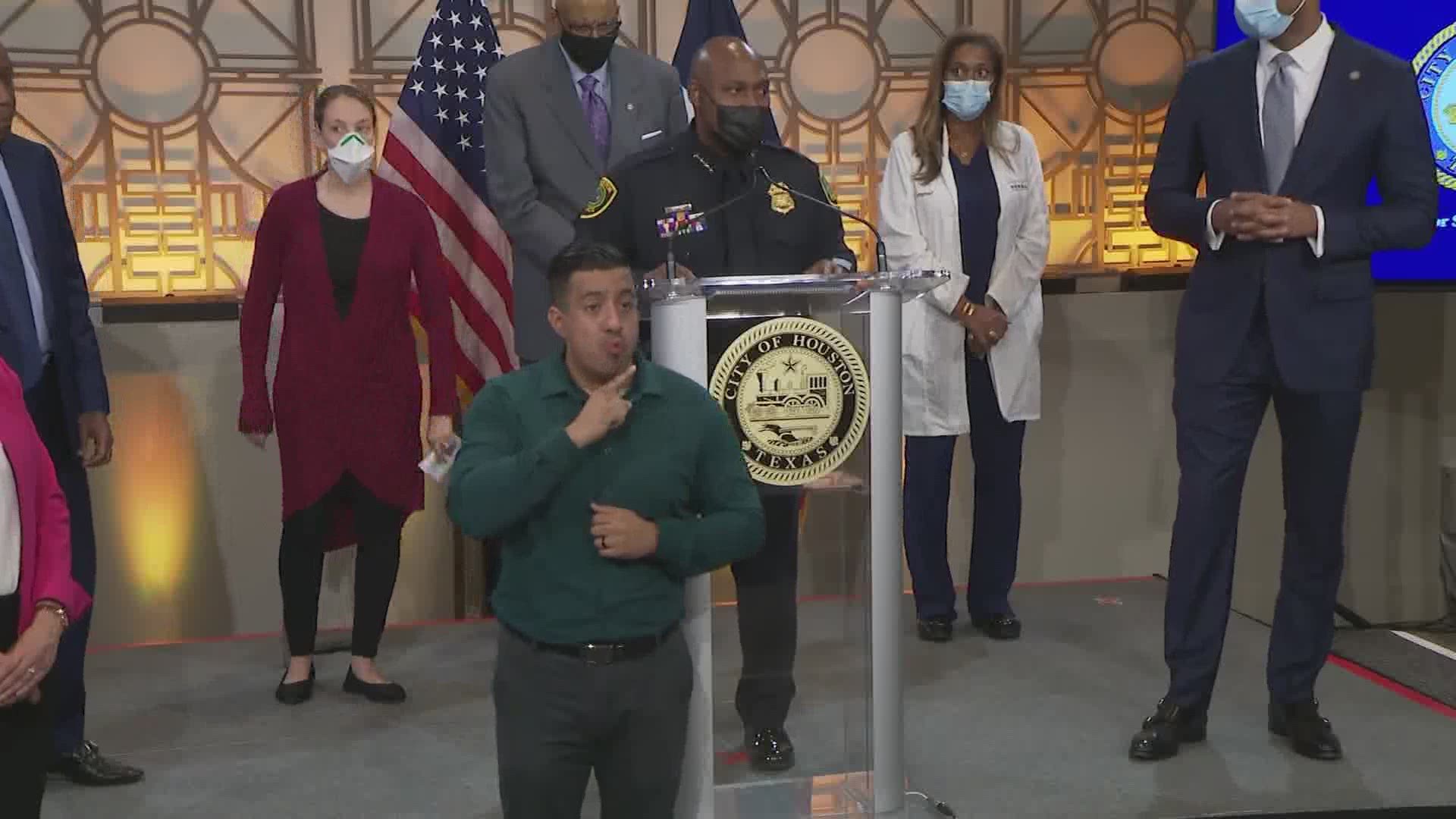 HOUSTON — On Thursday, Houston Mayor Sylvester Turner, along with other city leaders, announced several major changes within the Houston Police Department as the city continues its efforts to reform policing.

Turner said the changes will assure that police and the community are on the same page.

These changes were drafted by the Mayor's Task Force on Policing Reform,  which is a group of 45 people who focused on finding actionable ways to help the police department improve its crisis aversion methods and promote community policing.

One of the biggest assignments the task force had was determining when body camera video should be released to the public.

We will adhere to recommendations on release of Body Worn Cameras/BWC, subject only to state law by implementing clear & transparent dissemination timelines.

Houston Police Chief Troy Finner said Thursday the department will now be releasing body cam video within 30 days when there is a death or injury involved.

Finner also said his department will be releasing body camera video to a prosecuting authority investigating a federal and/or state incident within 24 hours of notice.

Finner said one thing the public needs to understand is that it takes a lot to go into releasing body cam footage.

"Understand there are some challenges," Chief Finner said. "But we will be releasing it when we can legally release it."

Other changes happening within HPD:

"We are glad Houston Police are going to increase transparency by releasing certain video recordings to the public.  As for the possible impact on trials, we are confident that Harris County juries will be fair by reviewing all the evidence presented in court before making their decisions."