Witnesses say the victim is known for using her own money to feed stray dogs in the area. 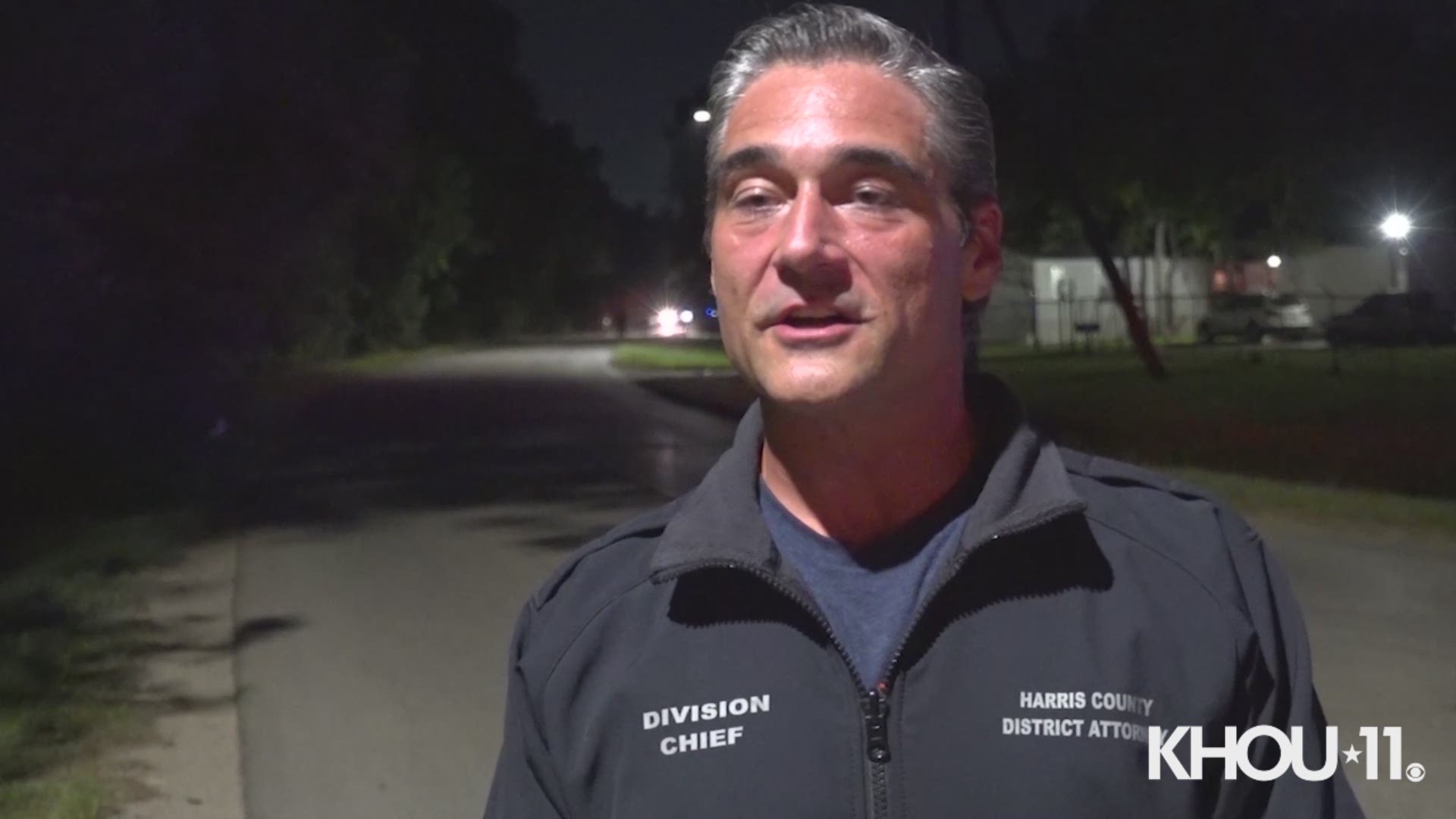 HARRIS COUNTY, Texas — A woman known for feeding stray dogs died after she was struck by a driver who investigators say was under the influence of drugs Saturday evening.

This happened around 6 p.m. in the 8200 block of John Ralson Road in northeast Harris County.

Vehicular Crimes Division Chief Sean Teare with the Harris County District Attorney's Office said the driver of the vehicle has been charged with intoxicated manslaughter.

Teare said the suspect driver was speeding down John Ralson Road when he lost control of his car and veered into oncoming traffic. He then struck the woman from behind as she was riding her bicycle.

The victim was thrown from the vehicle after the driver crashed into a tree, Teare said. The victim died at the scene.

A witness stopped, and along with wrecker drivers, pulled the suspect driver out of the car. He was transported to a local hospital.

Teare said the driver appeared to be high on drugs, possibly PCP. A blood draw is being done, and Teare said the suspect will be processed once he is released from the hospital.

Witnesses tell investigators that the victim is well-known in the area and comes to feed stray dogs at that location.

Teare said the woman had been heading home after feeding some dogs when she was struck. An empty bag of dog food was found near the crash.

Witnesses said the woman uses her own money, possibly from a disability check, to feed the dogs.

“That is exactly what she was doing, harming no one, out of the kindness of her heart, taking care of these animals, and this completely selfish act of this person driving this car high on PCP ended her life. Just for nothing,” Teare said

Investigators said witnesses from a few streets down had been calling 911 claiming the suspect driver had been driving more than 100 mph.

Teare said that is consistent with what they are seeing at the crash site.

“We are the epicenter for these type of deaths, every single year, for at least 20 years, lead the nation,” Teare said. “Tragically, summer is usually one of our worst times. And this summer, even though COVID is here, and most people should be staying at home, it has not really decreased our numbers.”