Deputies: Mother charged after leaving her four kids alone in Spring apartment for more than 8 hours

Keamira Roney has been charged with endangering a child and was given no bond. 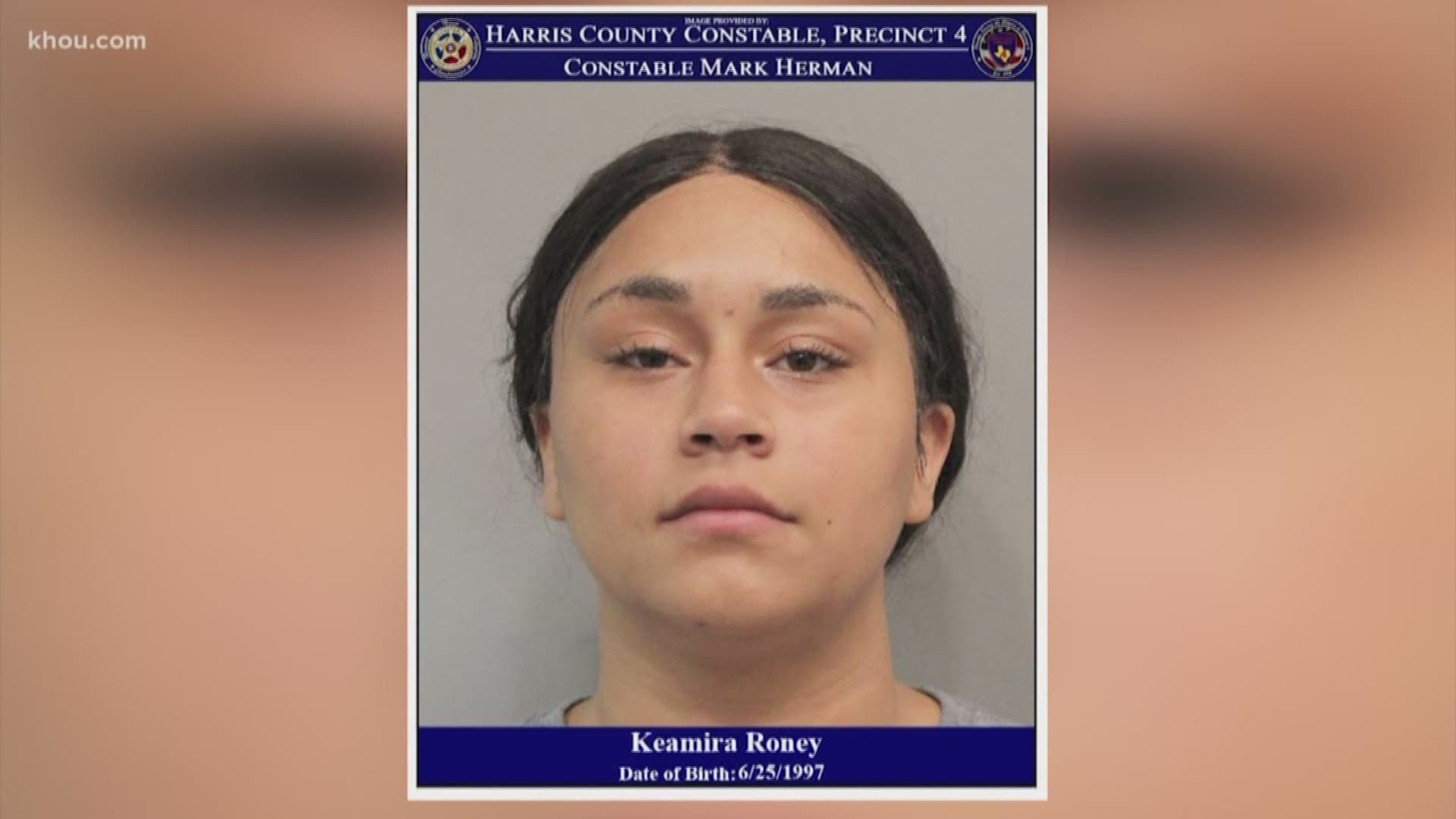 SPRING, Texas — Precinct 4 constable deputies arrested a mother of 4 Sunday after they found her kids alone in a Spring apartment.

Deputies said they were called to the apartment complex in the 16200 block of Stuebner Airline Road after a woman claimed she found a 2-year-old walking around the complex for nearly an hour. The child was wearing only a dirty diaper.

Constable deputies went door to door until they found the child’s apartment. After walking into the apartment, they discovered the three other children, all under the age of 12, in the apartment with no adult present.

The kid’s mother was contacted, and when she arrived home deputies learned she left her children unattended for more than eight hours.

CPS was called and the children were released to a family member.

The mother was identified as 22-year-old Keamira Roney.

Credit: Precinct 4
Mother of four arrested after leaving her kids alone in an apartment

She has been charged with endangering a child and was given no bond.