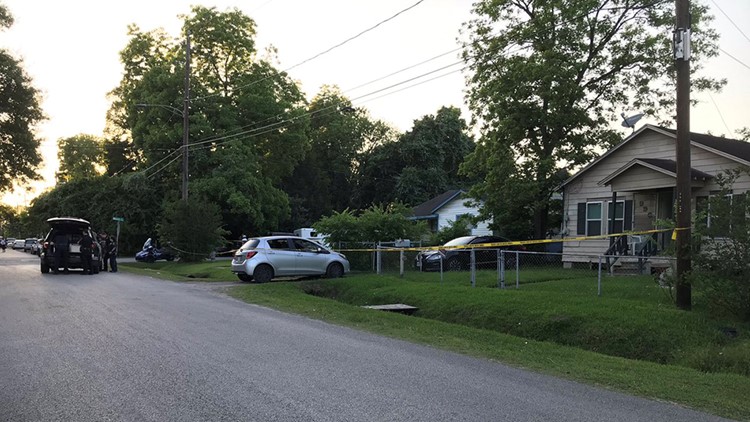 Photo by: Stephanie Whitfield/KHOU 11 News
Police say a woman shot a home intruder in the 900 block of Glenn Avenue in Acres Homes on Sunday evening.

HOUSTON — A woman shot her ex-husband after a domestic dispute in north Houston on Sunday evening, according to police.

It was originally reported by police as a self-defense home invasion.

This happened in the 900 block of Glenn Avenue in Acres Homes.

Police tell us the man was dropping off the former couple's children when an argument ensued. The ex-wife eventually shot the man, though she tells police he was harassing her and she shot him in self defense.

The man is being treated at Ben Taub Hospital and is expected to recover. Police say the case will be referred to a grand jury to decide if charges should be filed against the woman.