The shooting was reported about 9 p.m. Thursday in the Gulfton area of Southwest Houston. 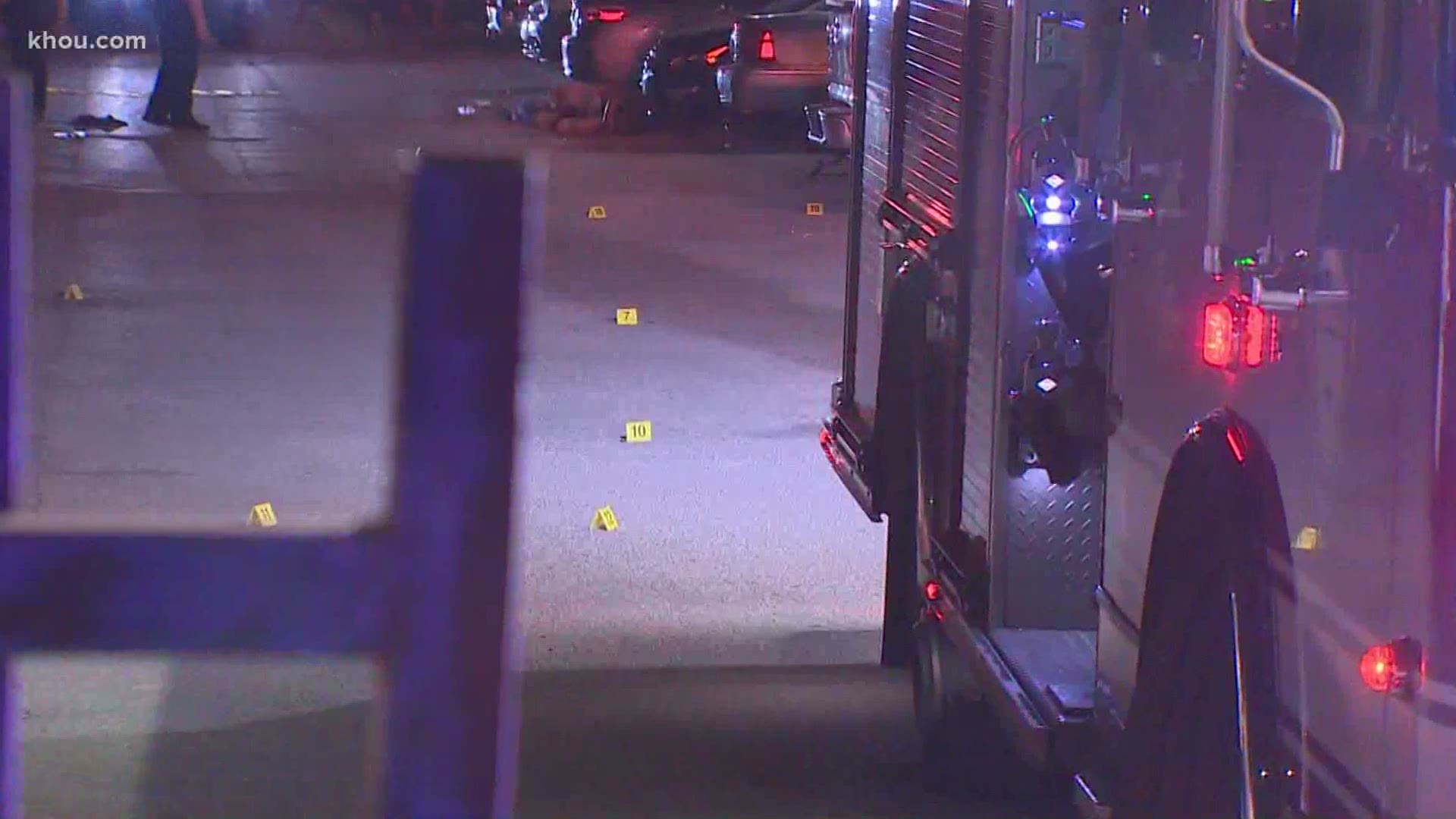 HOUSTON — Houston police said two men are dead and several others were injured in a drive-by shooting in southwest Houston.

The shooting was reported about 9 p.m. Thursday near the intersection on Renwick and Glenmont drives in the Gulfton area.

Houston police said, in addition to the two men who were killed, three other adults were injured and were taken to area hospitals. Two of them were in surgery overnight.

A 13-year-old boy was also grazed in the face by a bullet while he was in his apartment but was treated at the scene and released.

Police said the victims were in a parking when a tan and brown SUV with two occupants pulled up and opened fire on them. Investigators found multiple shell casings from two different weapons at the scene.

The suspect vehicle sped off heading north following the shooting. Police are asking witnesses and anyone who may have surveillance video of the incident to come forward and contact them.