Brazos Bend State Park officials say they had one of their rarer sightings of an eastern hognose snake crossing Creekfield Trail. 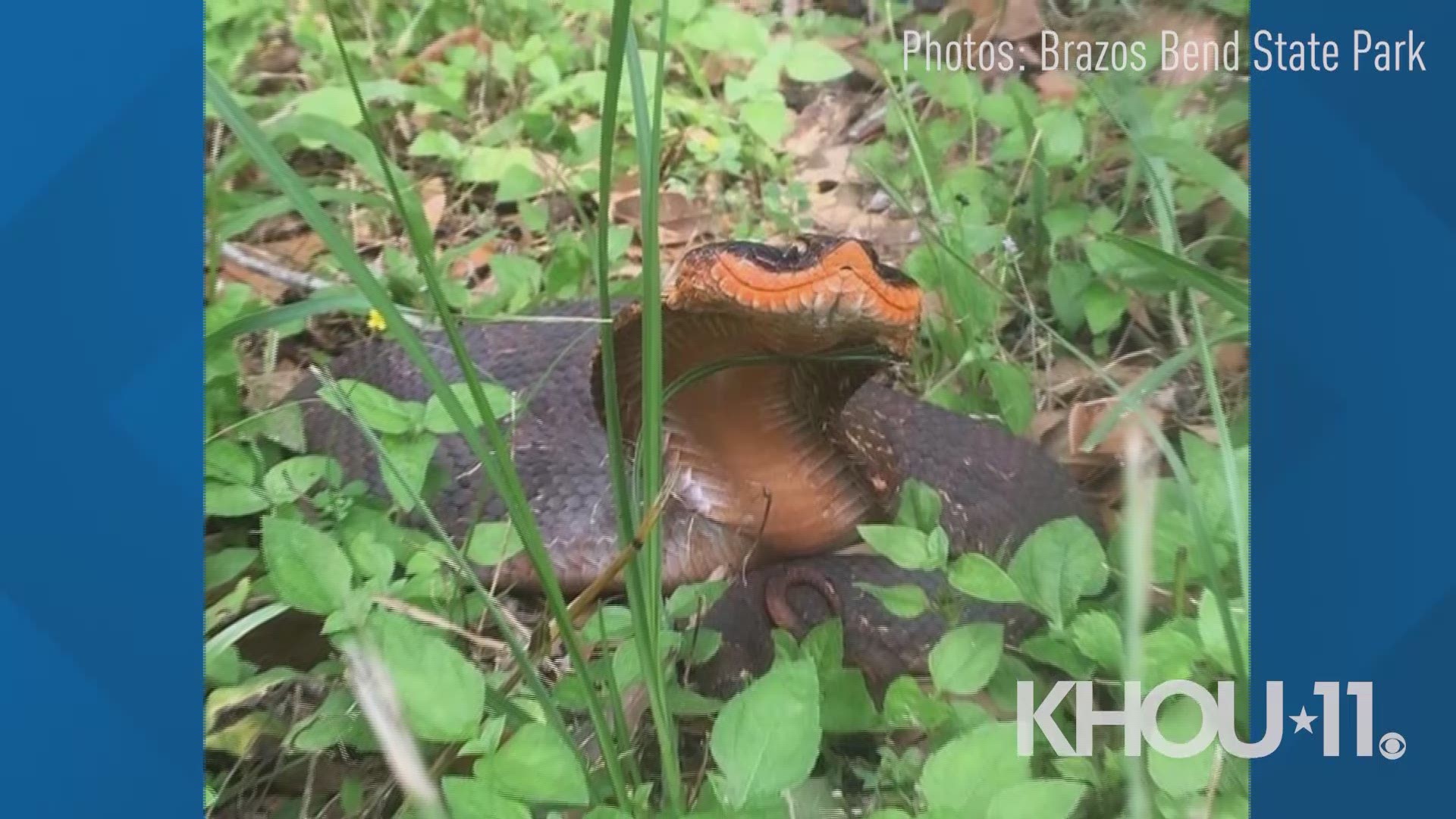 NEEDVILLE, Texas — You never know what you may come across once floodwaters recede.

Brazos Bend State Park officials say they had one of their rarer sightings of an eastern hognose snake crossing Creekfield Trail.

The snake can vary in colors, including yellow, gray, brown, olive and red. The one spotted earlier this week was orange.

Park officials say the hognose snake gets its name from their upturned snout which is used for digging in the dirt, sand or leaf-litter.

When the snake feels threatened, it will raise its head puff out to appear larger and flatten out the skin around their neck to look like a cobra. Sometimes the snakes are referred to as "puff adders."

The one spotted at the park showed off its bright orange coloration when it flattened out its skin.

The eastern hognose is a bit of a drama queen when it feels threatened. Park officials say that not only will it flatten out its skin, but it will hiss and try to strike at you with its mouth closed.

The snake is non-venomous to humans, park officials say. It that all fails to spook you, the snake will roll over and play dead, even hanging their tongue out of their mouth for dramatic effect.

Park officials say the snake can also give off a foul, musky smell to deter predators from eating it.

Of course, if you happen to come across one of these guys in the wild, keep your distance and let them be.