A group of veterans who survived World War II came together Thursday to be recognized for their heroics. 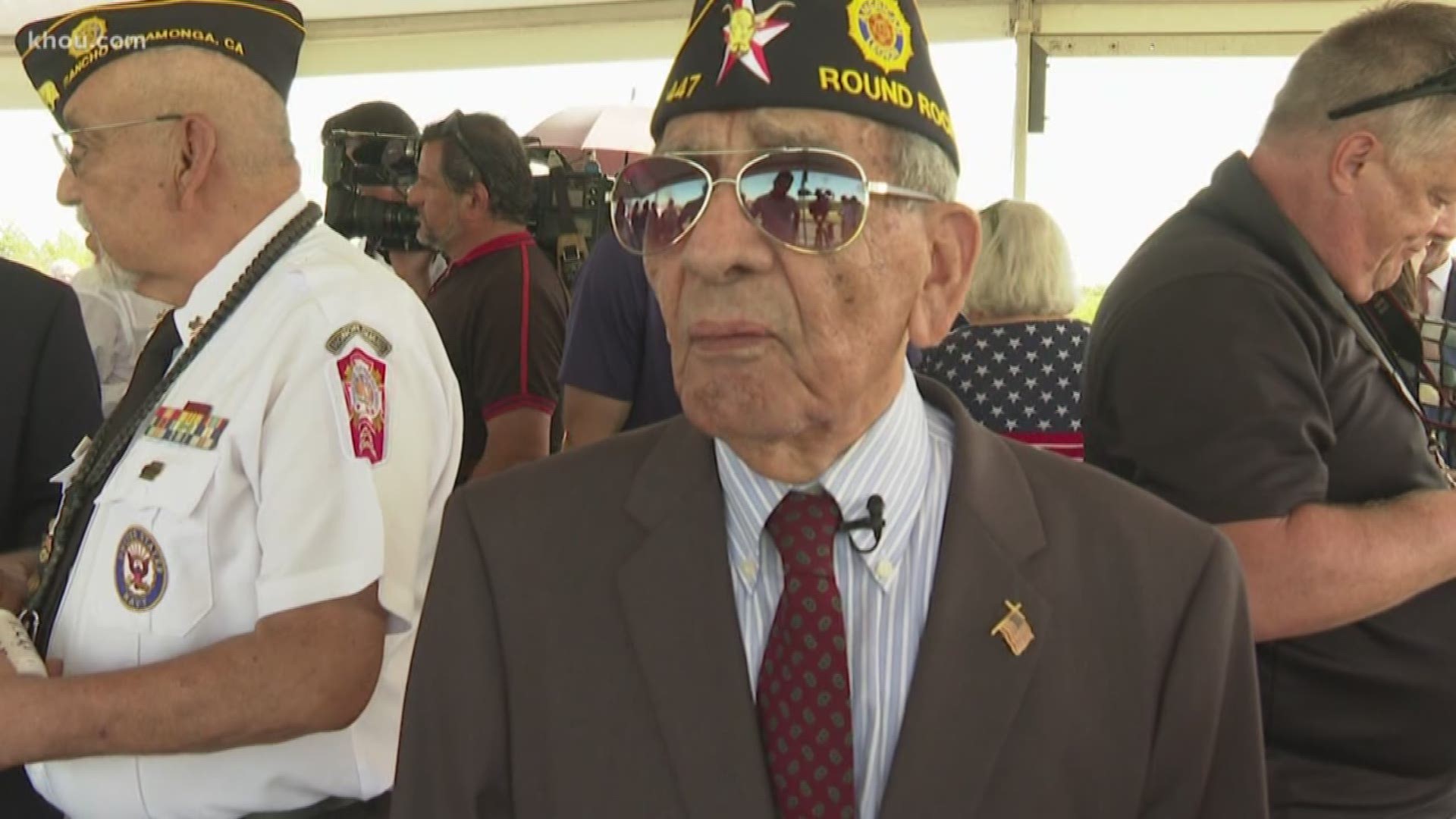 HOUSTON — Ceremonies around the world commemorated the 75th anniversary of D-Day.

Many lost their lives fighting for the freedoms we enjoy today.

A group of veterans who survived World War II came together Thursday to be recognized for their heroics. The U.S.S. Texas faced the Normandy coast on this day 75 years ago firing on the enemy.

Robert Sanchez, a technical sergeant and a member of the 858th bomb squadron for the Air Force during WWII said, “75 years is a long time but it doesn’t seem like it to me.”

Battleship Texas served as the backdrop as they were honored for their valor.

“All our missions consisted of flying into France at night in support of the on the ground soldiers that were freeing France,” Sanchez remembered.

The American servicemen were recognized by France with the country’s most prestigious decoration, the French Legion of Honor.

The award was created by Napoleon in 1802. It has remained the highest distinction awarded to civilians and soldiers who have achieved great things in the service of France.

“It is the best way for us to say thank you to those veterans who have really sacrificed their lives. They took the highest risk," said Alexis Andres, Consul General of France.

Leland Schroeder couldn’t make the ceremony for health reasons, but his children wanted to make sure they were here to accept the medal in his honor.

“They didn’t know if they were going to return and I’m so honored for my father," Dianne Schroeder said.

“It was definitely an emotional event...at least I didn’t breakdown during the actual award, but there was definitely some tears," said Steve Schroeder, Leland Schroeder's son.

Sanchez is getting ready to celebrate his 99th birthday Friday. He, like so many others, are forever indebted to the men who gave it all so others could have freedom.

“We wouldn’t be here either if some of comrades hadn’t been with us at the time that they lost their lives,” Sanchez said.

Where to find free donuts Friday on National Donut Day