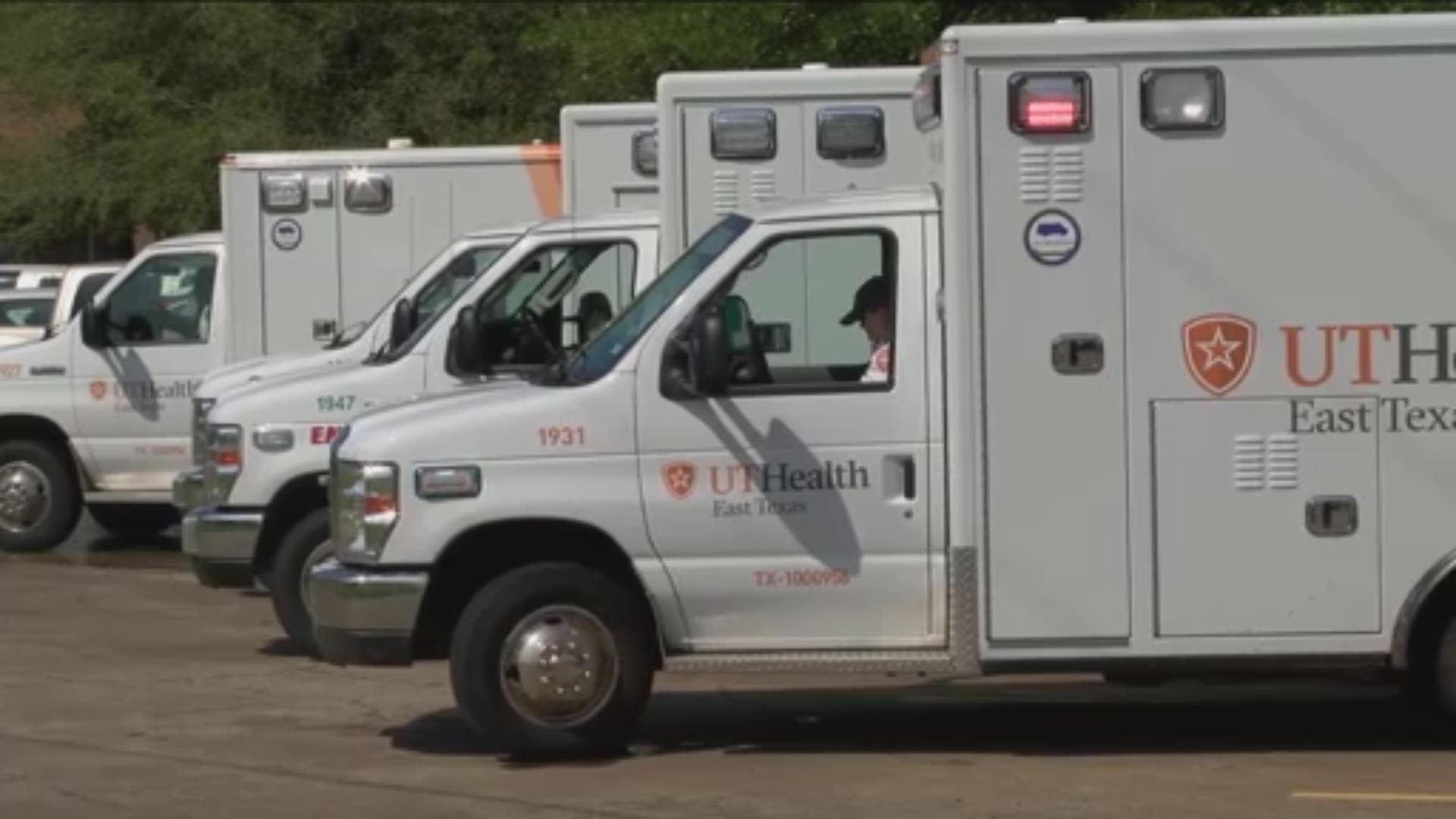 In Angelina County, an 8-year-old and 3-year-old child were killed when a tree fell on the car they were in.  According to the Angelina County Sheriff’s Office, when first responders got there, the kids were trapped in the back seat of the car.  Both were dead at the scene.

Our sister station, KYTX in Tyler, reports at least one death on Highway 21 in Houston County.  Details of that death were not immediately available.

Also in Cherokee County, at least 25 people were injured at Caddo Mounds State Historic Site, where people were celebrating Caddo Culture Day.  Those injured were taken by bus to local hospitals.

Some residents are still trapped in houses due to falling trees and other debris. Authorities are working quickly to respond to those homes.

Much of the damage occurred in the northwestern part of town. EMS has set up a triage unit at The River Church located on Marcus Street. The American Red Cross has also deployed to the church to assists victims of the storms. They ave also set up temporary housing for residents who have been displaced.

Authorities from Cherokee County, Smith County, Houston County and Nacogdoches County have ventured to Alto to assist with the rescue efforts.