How to watch the partial lunar eclipse in Houston | Timeline

Right now forecast models are indicating quite a favorable sky to view this event. Don’t miss it! 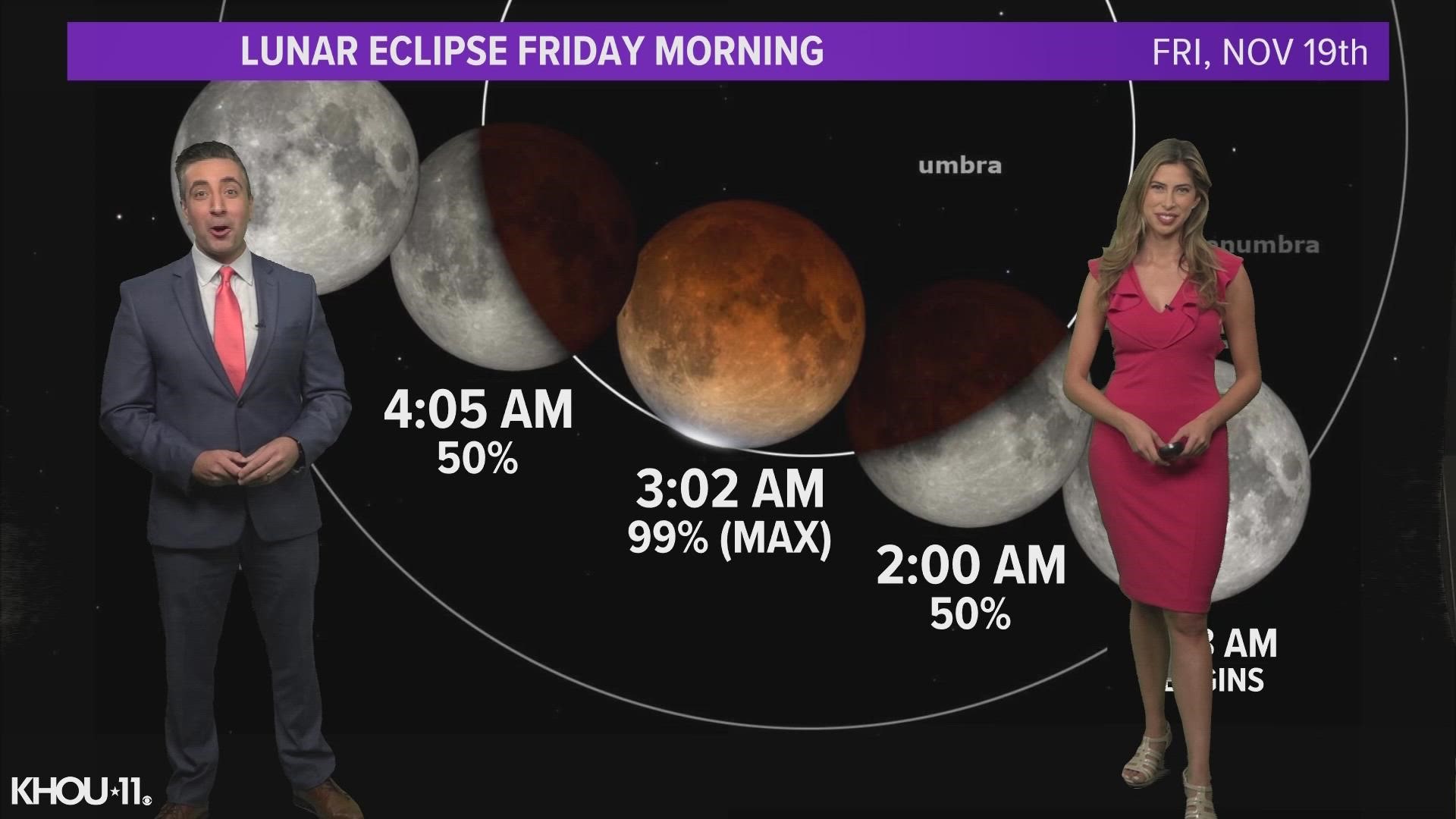 HOUSTON — UPDATE: Thanks to everyone who shared photos from the early morning partial lunar eclipse. Check out photos and videos.

Get the cameras ready and set the alarms clocks for an early, and I mean very early, wakeup call Friday morning. A partial lunar eclipse will be visible across southeast Texas.

KHOU 11 Meteorologists Kim Castro and Tim Pandajis explain what you can expect in both English and Spanish in the video window above.

First, what exactly is a partial lunar eclipse? These occur when the Earth moves between the sun and the moon, in particular the full moon, and this month that is the Full Beaver Moon. The Earth’s shadow darkens the moon, eclipsing it. The lunar eclipse occurring Friday morning will darken 99% of the moon’s face, so for all intents and purposes this is awfully close to a total lunar eclipse.

What time is the lunar eclipse 2021 in Houston?

Here’s the timeline of events for Friday, Nov. 19

12:02 a.m. – The penumbral eclipse begins (the Penumbra is the outermost part of Earth’s shadow)

1:18 a.m. – Partial eclipse begins – the umbra (darker, inner most part of Earth’s shadow) begins to darken the face of the moon.

3:02 a.m. – Point of maximum eclipse – at this time the moon will see its greatest obscuration, 99% and also take on the characteristic blood red color as a result of Earth’s shadow cast upon it.

Total duration of the eclipse is 6 hours and 2 minutes. That’s important!

Eclipses repeat in cycles of 1,200 years, our current cycle from 1451 through 2650 includes 973 partial lunar eclipses. Of all those, the eclipse Friday morning will be the longest! The last time an eclipse lasted as long was all the way back in 1440, so it’s been a while.

How does the weather look to be able to see this? Well, right now forecast models are indicating quite a favorable sky to view this event. Don’t miss it, there won’t be another like it in our lifetime! 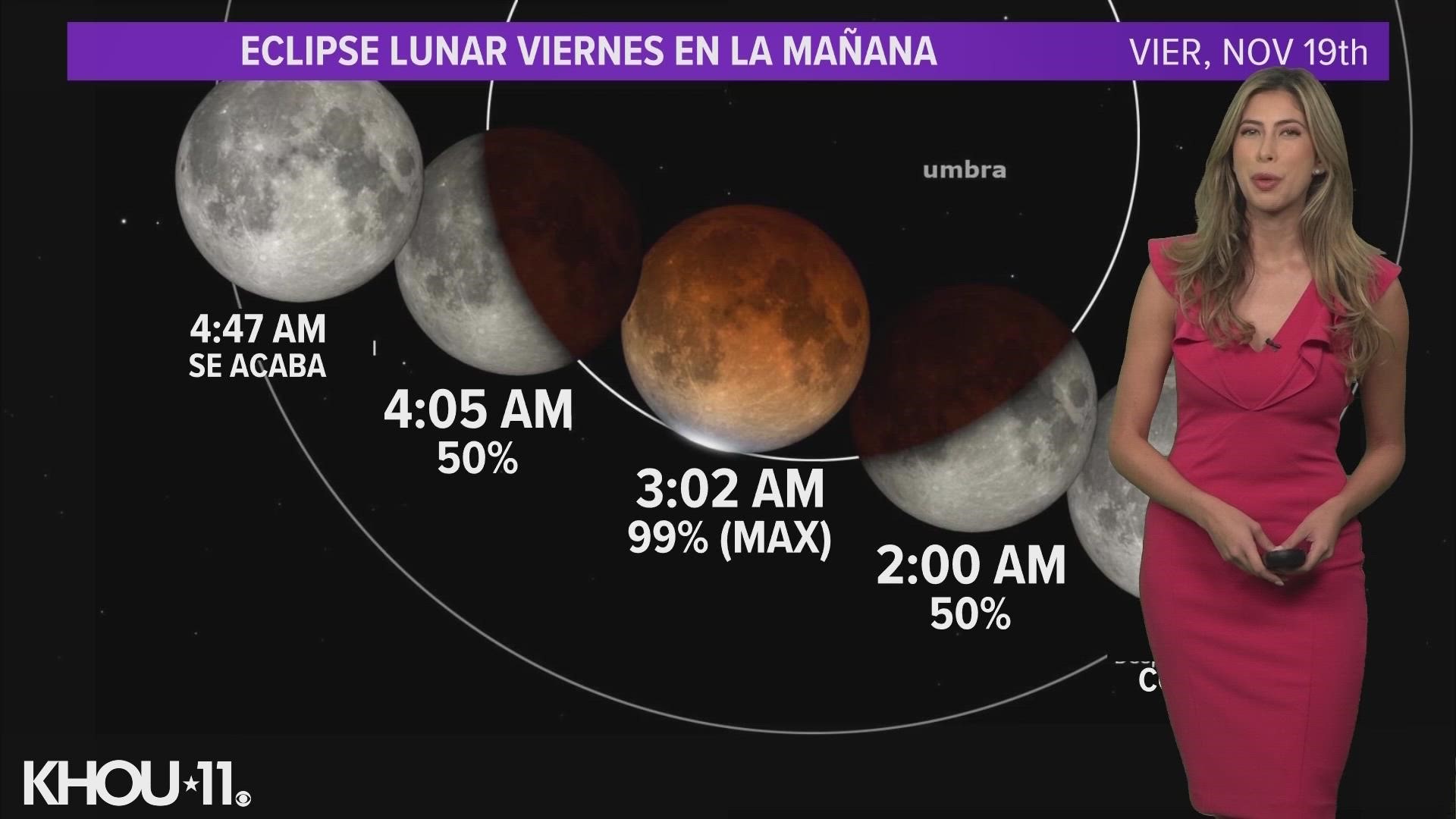 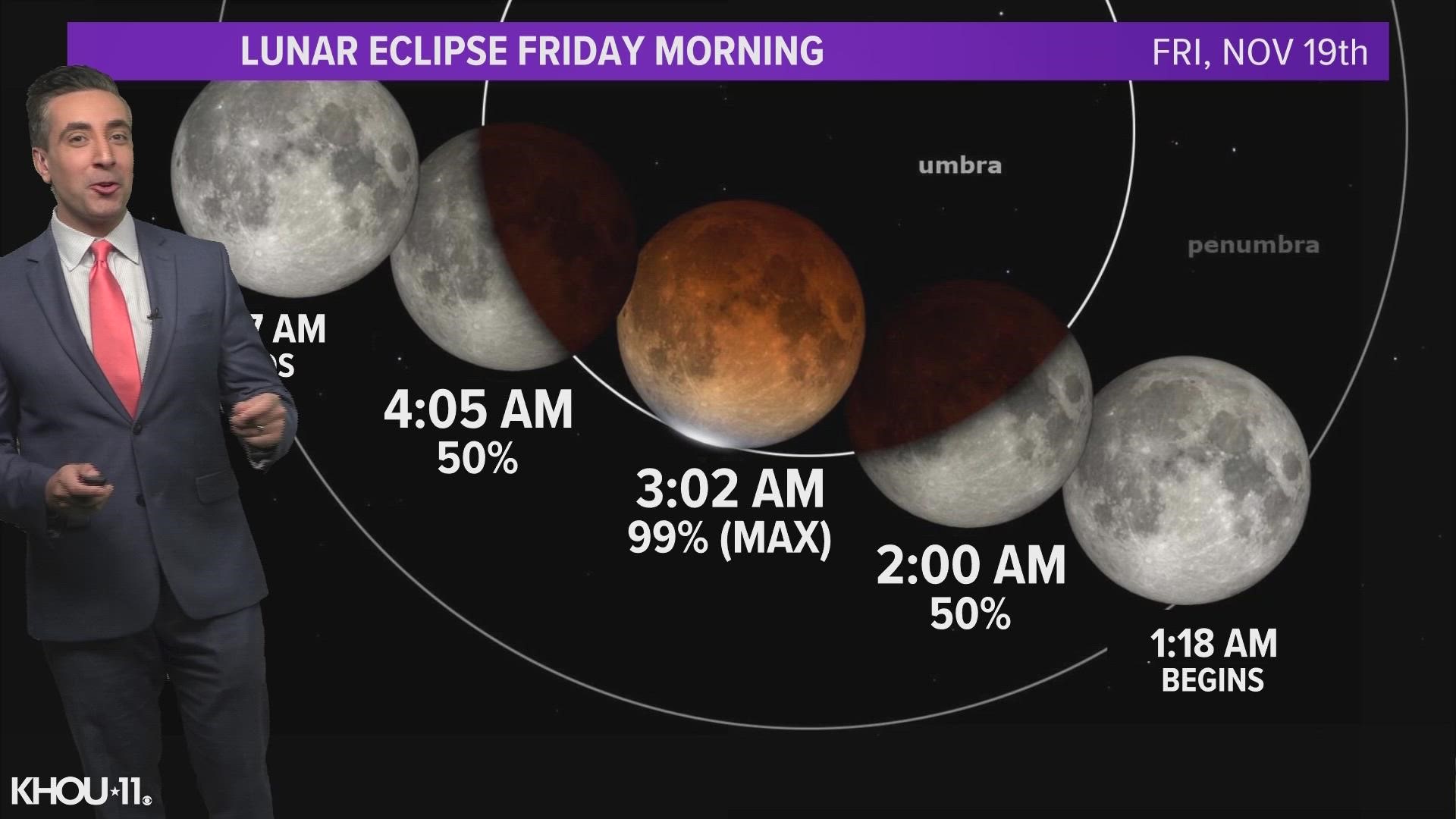 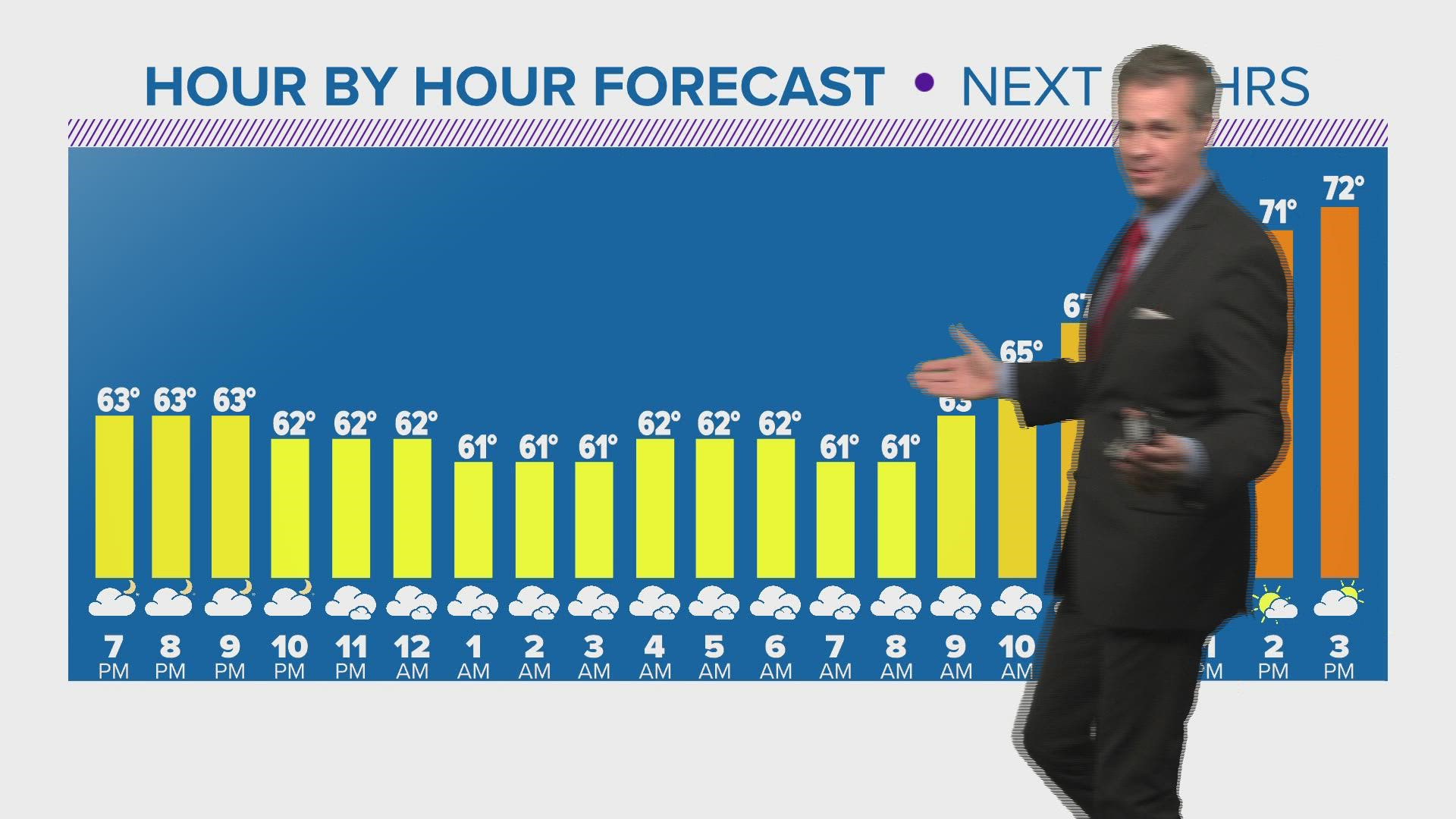 Another Warm Up, Then Another Cold Front