How to spot fake hotel reviews

New analysis by fraud detection company Fakespot says 36 percent of the hotel reviews on TripAdvisor are "fake and unreliable." 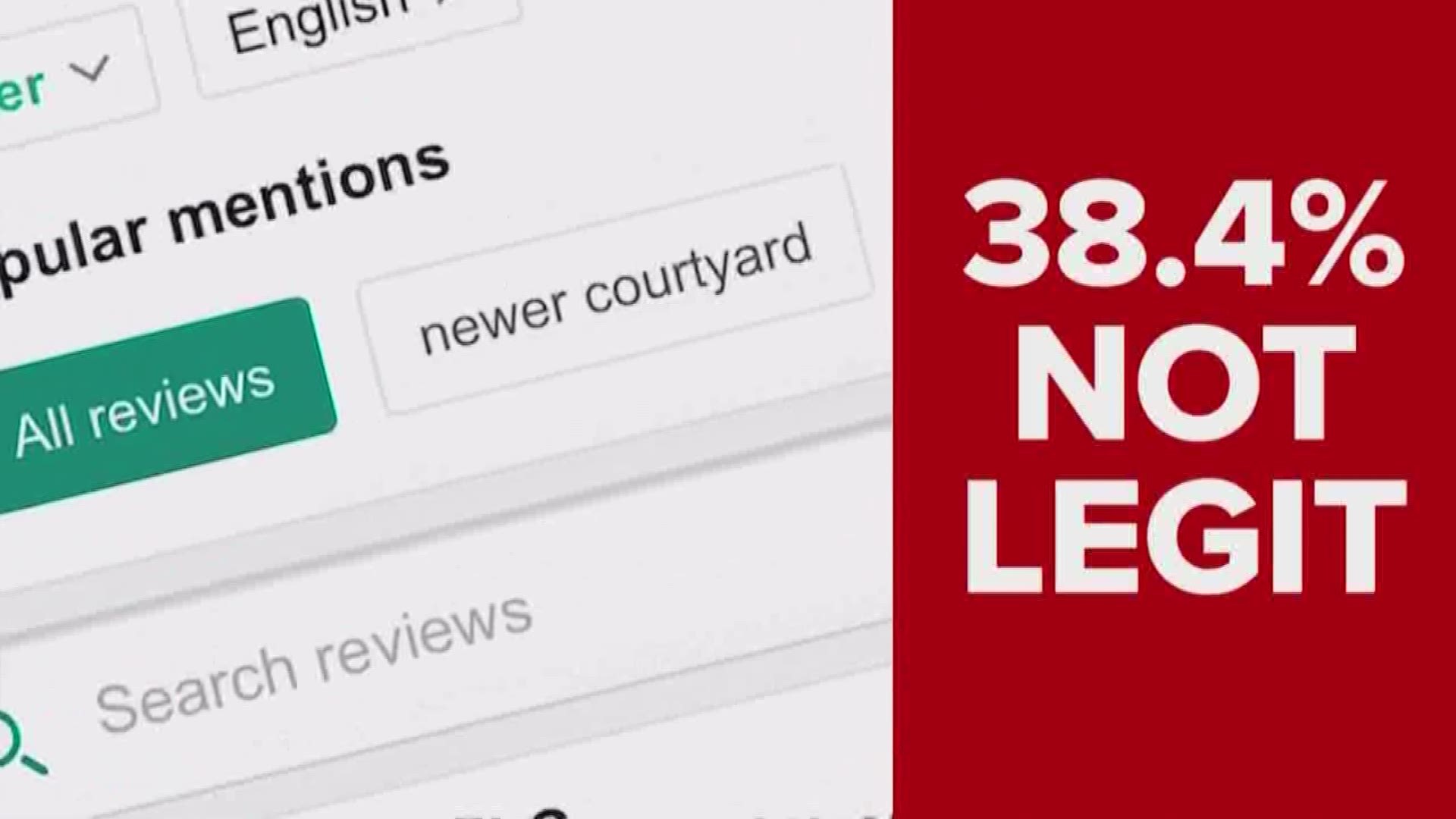 HOUSTON — Before you book that next summer vacation, you'll want to think twice. That five-star hotel review may not be all it's talked up to be.

New analysis by fraud detection company Fakespot says 36 percent of the hotel reviews on Trip Advisor are "fake and unreliable."

Good reviews mean more money for businesses. Hotels can buy positive reviews in bulk from sites. That means that glowing review could be written by a bot instead of a human.

In Houston, it's even more of a problem. Houston tops the list of cities with most fake hotel reviews. Nearly 39 percent of them aren't necessarily legitimate. Analysts say that's because Houston's tourism industry is constantly changing. It makes Houston a big target for fake reviews.

If your future travel plans include other major cities like Chicago, Miami, Dallas, Boston, Los Angeles, New York or San Francisco, don't let your guard down, either. They all have their fair share of fake reviews.

So how do you spot them? Experts say look out for a sudden increase in 5-star reviews and odd, often over-the-top repetitive language.

TripAdvisor tells KHOU 11 it rejects Fakespot's claims and unreliable analysis and is always looking to catch and remove fake reviews. The best thing you can do is scour multiple sites and read as many reviews as possible before booking that perfect hotel stay.

Robbers on the run after fatally shooting 2-year-old boy, wounding dad and friend

Where to celebrate 4th of July: Fireworks in and around Houston