It was a landing of a different kind, to celebrate the most historic landing of our country. 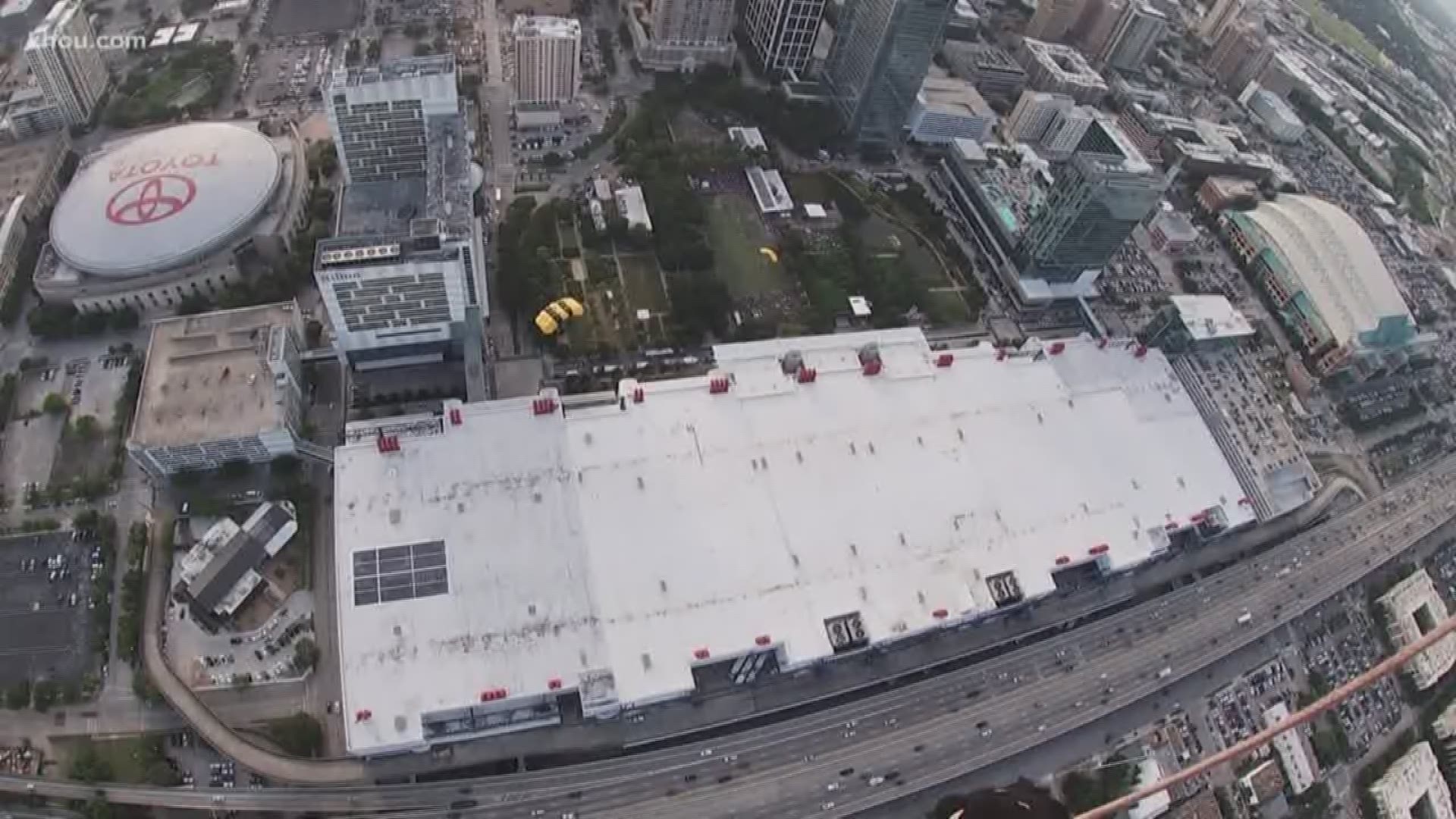 HOUSTON, Texas — People from all over came to Houston on Saturday to help celebrate in the Apollo 11 moon landing.

One group in particular made quite the entrance downtown.

Discovery Green was alive for Apollo 11, 50 years since the moon landing, celebrated with the landing of a different kind.

Eleven Army Golden Knights fell from the sky to hello to Houston.

The Knights began their Apollo 11 tour Saturday morning, their first jump of the day was at NASA.

“And we had two big round formations, representing the earth and the moon and we sent one jumper from the earth over to the moon to land over there, so it was a pretty cool experience, very cool unique formation that we don’t do very often," Kerkow said.

And what a day to land in Houston -- 50 years after the most historic landing of our country.

“The Space program is really what brought this country together. And it's cool to see a lot of people come together today too. Some of our counterparts did some stuff in Washington D.C., some stuff going on in Florida. It’s really cool to see our entire country come together, and celebrate this momentous occasion," Kerkow said.