Did you know the Houston Oilers threatened to shut down the NFL Draft in 1985? 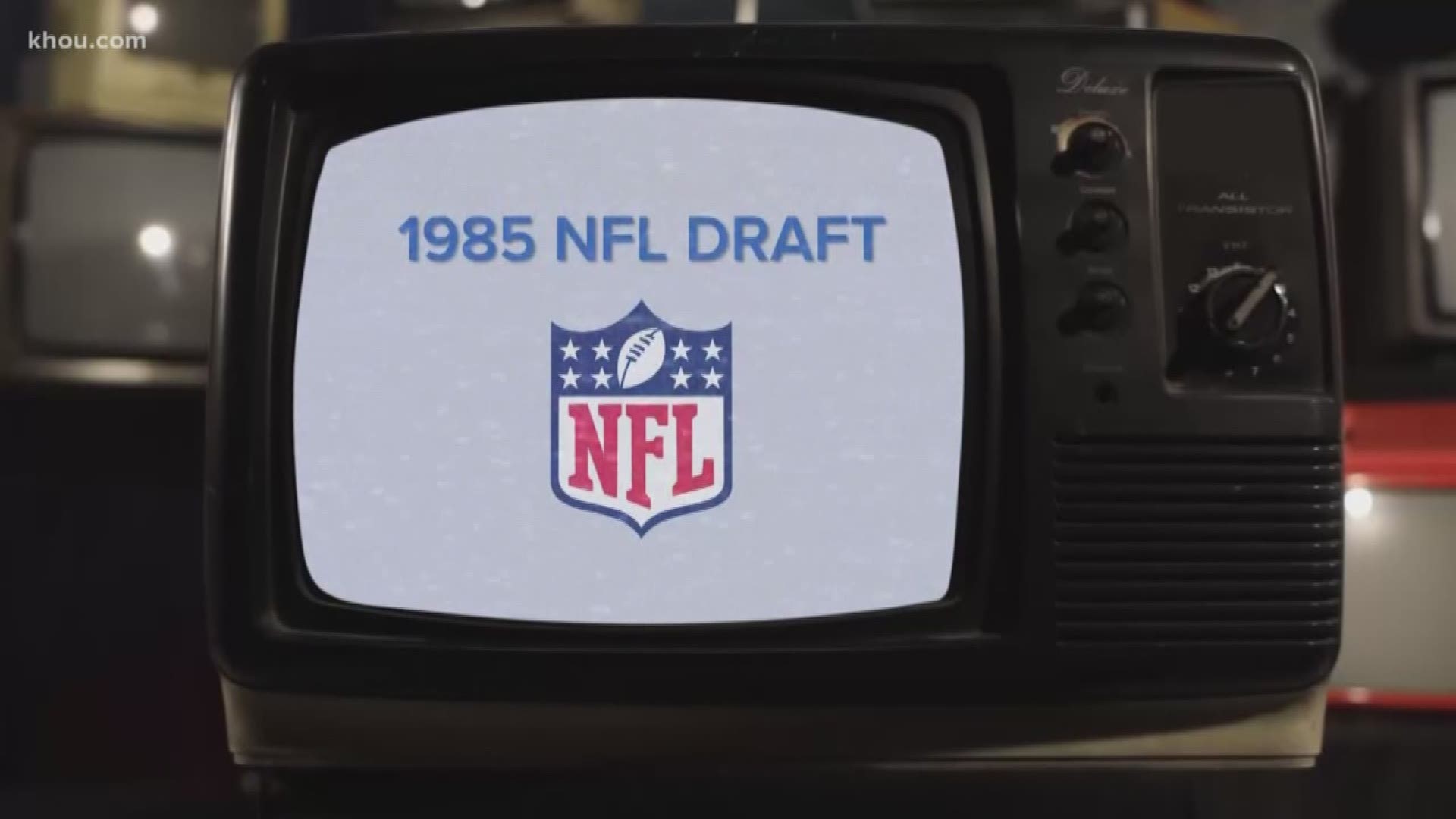 HOUSTON — Did you know the Houston Oilers once threatened to shut down the NFL Draft?

It's a strange but true Houston sports story.

The lowly Oilers had the second pick in the April draft, behind Buffalo which, early on, decided they would select Virginia Tech defensive lineman Bruce Smith.

But there was a wild card out there. A prospect some teams really wanted. A quarterback from the University of Miami named Bernie Kosar.

The Oilers didn't need a quarterback (they had already signed Warren Moon), but the Vikings, which were picking third, did.

Houston and Minnesota agreed to switch picks. The Oilers also added a second-round pick in the trade but it would only go through if the Vikings were able to persuade Kosar to enter the draft.

In 1985, college players couldn't leave school early for the NFL unless they graduated early, which Kosar was about to do.

Kosar, though, learned of another option: Graduate early, wait to turn pro and he'd enter a special supplemental draft, in which the Cleveland Browns – the Ohio boy's preferred destination – had secured the number-one pick.

NFL commissioner Pete Rozelle allowed Kosar to choose which draft he wanted to be a part of and Kosar, not surprisingly, picked the supplemental one.

The Oilers were furious. They wanted the extra pick.

They threatened to sue Rozelle and the NFL and hoped to stop the April draft so a judge could determine Kosar's fate.

Credit: AP
National Football League Commissioner Pete Rozelle, at the podium and on the television monitor, presides at the 1985 NFL draft, Tuesday, April 30, 1985 in New York. It is the league?s 50th annual draft. (AP Photo/David Pickoff)

But the day before the draft, the Oilers backed down because the Vikings wouldn't be a part of the lawsuit.

That's how the Houston Oilers once threatened to shut down the NFL Draft.