Midtown Tickets is selling them starting at $500 a seat. 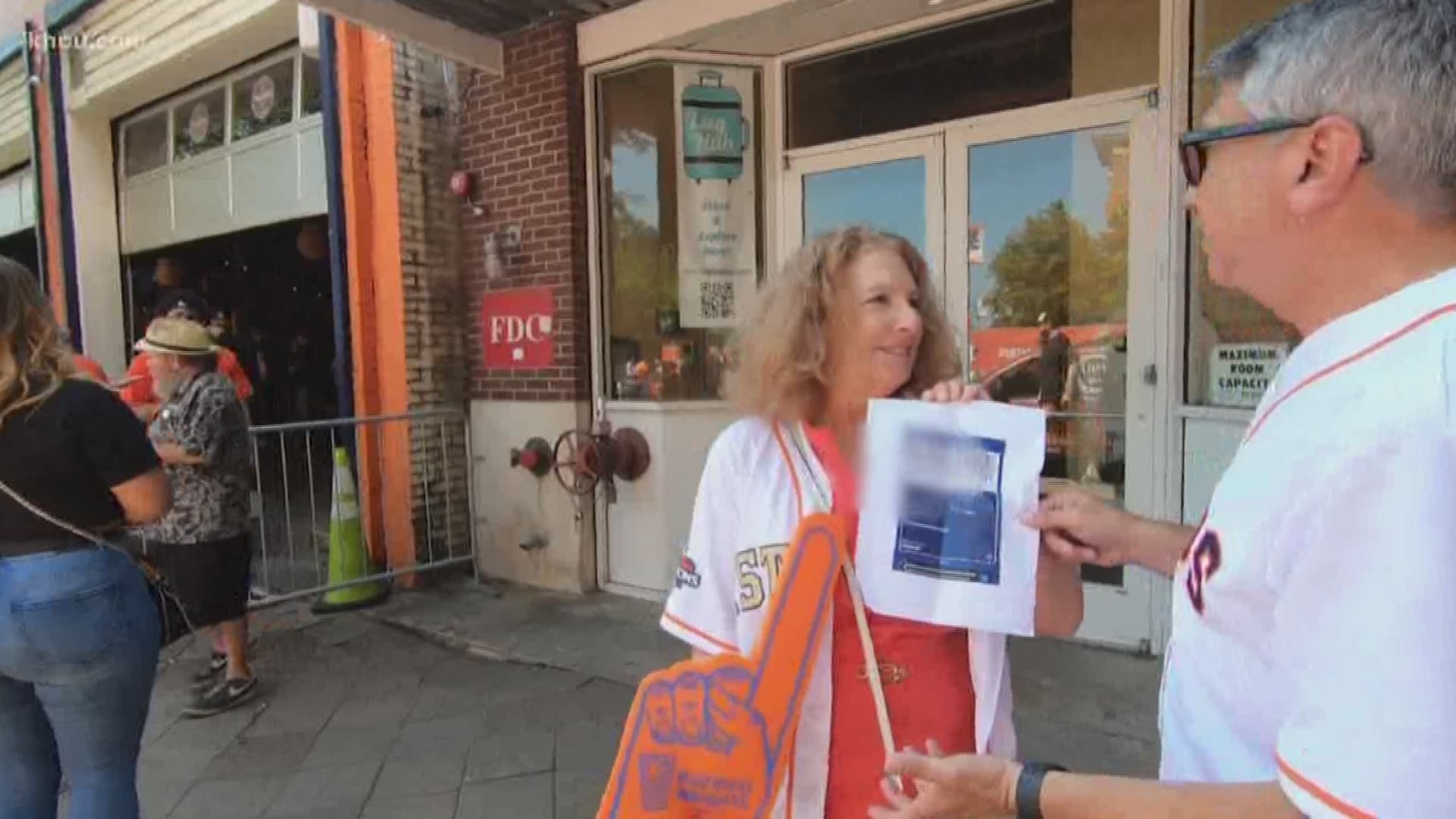 HOUSTON — No one wants to jinx the Houston Astros this early into the playoffs, but Astros 2019 World Series tickets are already on sale.

Kayla Ramsey of Midtown Tickets said the tickets just arrived. They bought them from Astros season ticket holders who can’t go to the games.

Midtown Tickets is selling them starting at $500 a seat.

"You can come in, place a deposit down, pick the seats you want, of course you can't pick them up until we clinch, until we advance to the world series,” Ramsey said. "But you can definitely order them now, and we can have them on hold for you."

If the Astros fail to reach the World Series, Midtown Tickets said it will offer full refunds.

Ramsey said whatever you do during this playoff run, get your tickets from the Astros box office, trusted online sites or ticket brokers who guarantee what they sell.

Lynn Borker of Sugar Land went to Game 1 without a ticket and bought one from a stranger near the ballpark.

“I’ve never been ripped off,” said Borker, who also said she tried this before.

But she was turned away at the gate.

"They said it’s not a real ticket," Borker said.

She was able to get her money back from the person who sold it to her and then bought another one on the street, keeping her fingers crossed it would work.

Ramsey said beware of what you buy from strangers near the ballpark.

"Make sure they walk you in the door, check their ID,” Ramsey said. “Maybe if they have a receipt for their purchase.”