Maanav Gupta has Duchenne muscular dystrophy and said a dream of his was to meet the Astros second baseman. Well, Jose Altuve made it happen. 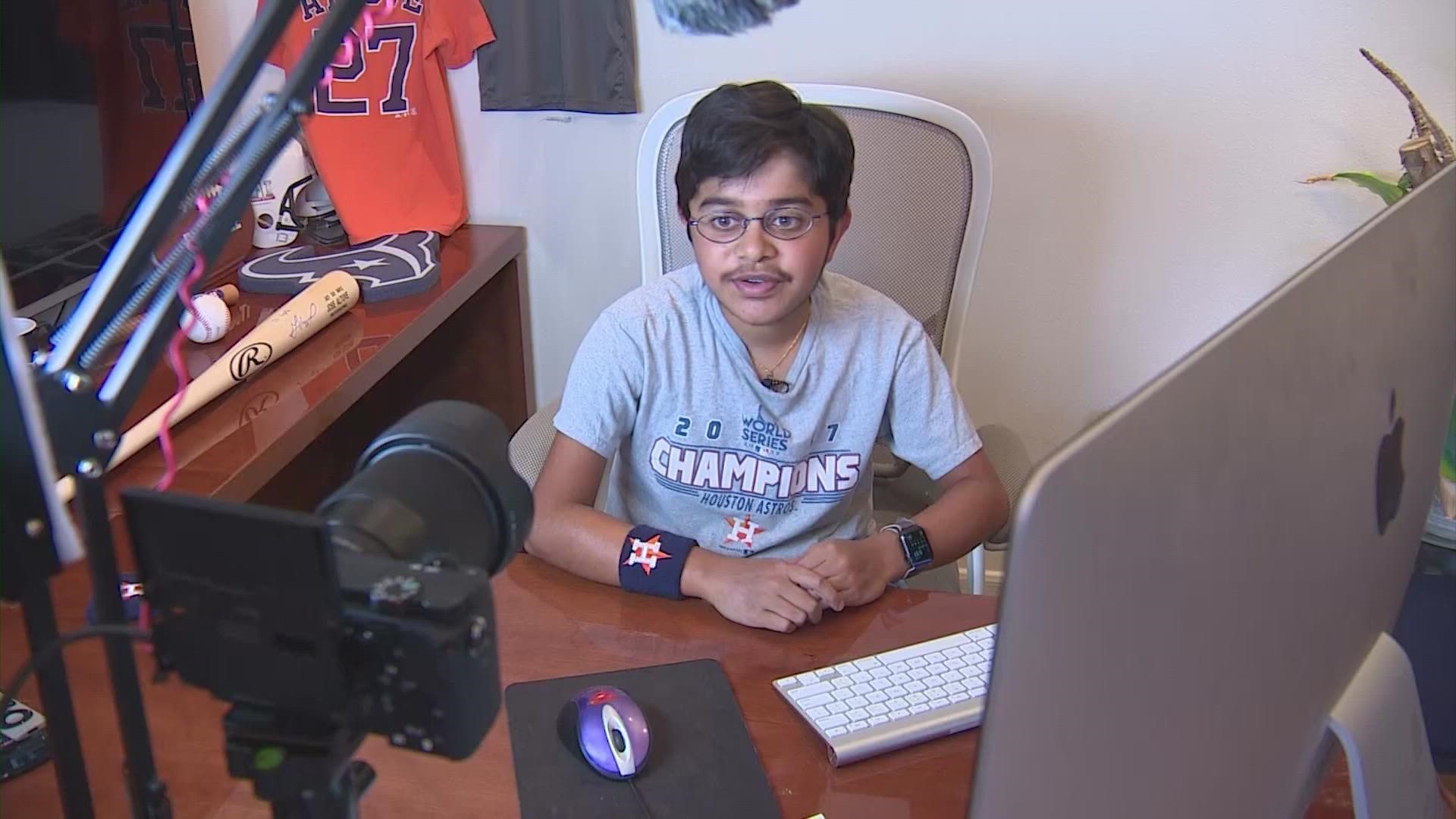 HOUSTON — October has been magical for Houston Astros fans in recent years.

Stros' fans are obviously excited for this upcoming postseason. That includes one Houston high-schooler with aspirations of becoming a professional sports broadcaster.

"I believe this team can go out there and once again win a World Series for the city of Houston," said Maanav Gupta, host of the Maanav Sports Talk Show.

When the lights come on, Gupta knows exactly what to say. He eats, sleeps and breathes Houston sports.

He’s posted more than 200 videos on his YouTube channel and even more to social media. Arguably, the most meaningful video he's posted was on his 18th birthday last Wednesday.

"My name is Maanav. I have Duchenne muscular dystrophy and today's my 18th birthday," Gupta said. "I'm the biggest Astros fan and it's a dream of mine to meet Jose Altuve."

Altuve saw the video and made his dream come true. The one who always knows what to say was at a loss for words.

"Honestly, I just couldn't believe it," Gupta said. "You know I didn't really have any words at that moment when he just came over. He was like here's my special friend over here and then I just shook his hand."

His confidence was contagious. Pitch 25 posted a friendly wager with Fabulous Freddie’s in Chicago on Instagram. The loser must pay for a 25-person party for the winning team's biggest fans. If Astros lose, Pitch 25 managers would have to wear White Sox gear and vice-versa.

"I think the Astros will take the ALDS in four games against the White Sox," Gupta said.