If you're heading to the game, here's what you need to know. 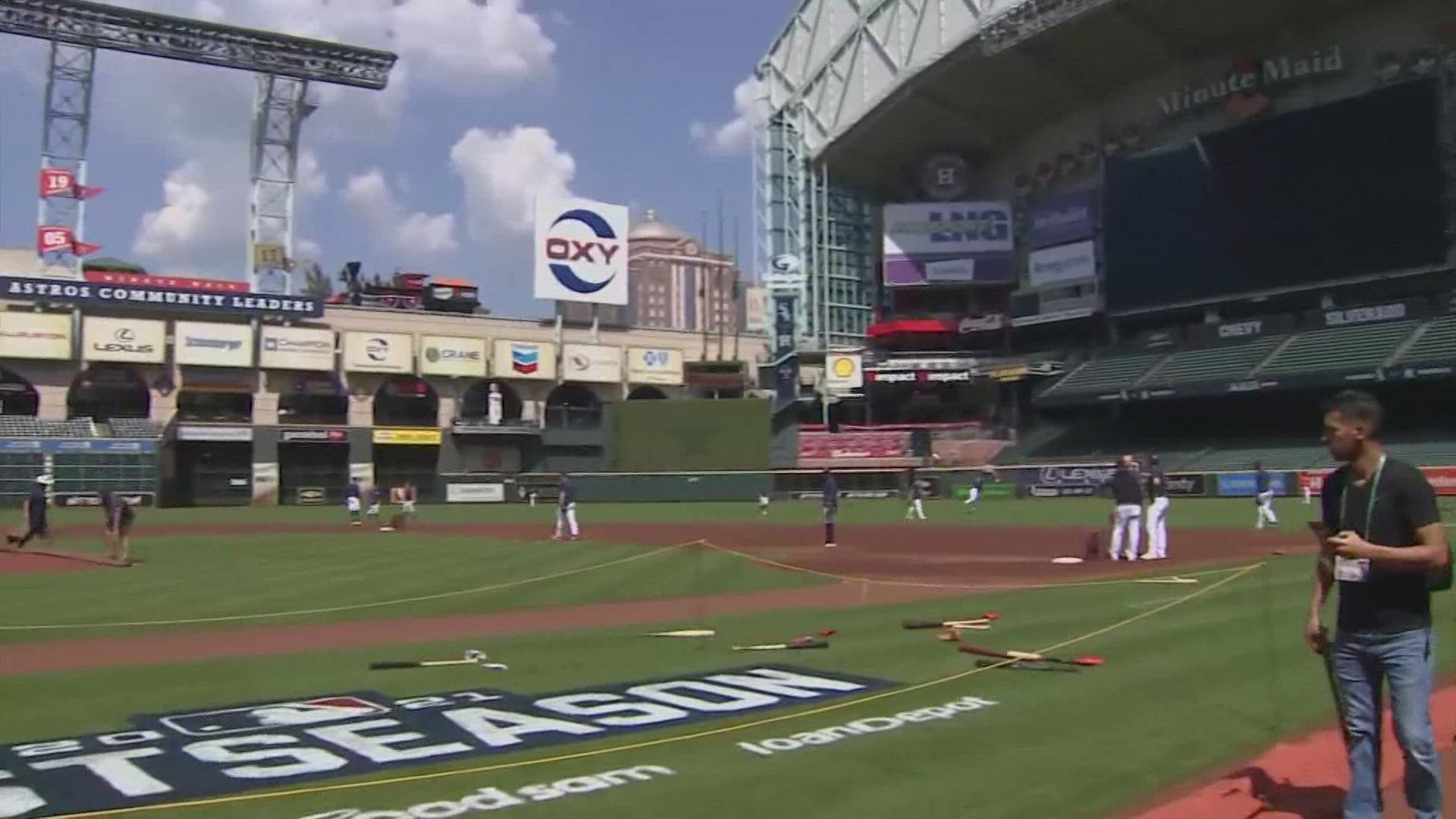 HOUSTON — Heading downtown to the Houston Astros playoff opener against the Chicago White Sox? There’s a street party happening from noon to 3 p.m. and then the first pitch is at 3:07 p.m.

Street Fest will have live music, food trucks, inflatables, games and more! But you must have a game ticket to join in the fun.

Getting to Minute Maid Park for the game

There are plenty of surface lots and parking garages in the area. You can find the best one by downloading the Park Whiz mobile app. It will show you how much each lot costs, and it also lets you book a space in advance. Another app that does the same thing is called Park Houston.

You can also take the train to the game! METRO rail purple line riders should exit at the Convention District station, then walk two blocks north to the ballpark. Keep in mind though, the trains share lanes with street traffic, so getting home could take longer.

If you prefer to leave the driving to someone else, Minute Maid has a rideshare pickup and drop-off zone located just outside the center field gate on Crawford Street between Preston Street and Congress Avenue.

What to know about Game 1 Thursday

For ALDS Game 1 Thursday, fans will get a face mask and rally towel. Belinda Munro will sing the Star-Spangled Banner. Jim "Mattress Mack" McIngvale will throw out the first pitch and Houston rap legend Bun B will give the "Play Ball" call.

The roof at Minute Maid Park will be closed for both home games of the ALDS.

What to know about Game 2 Friday

For ALDS Game 2 Friday, fans will get a rally towel. Madi Conrad will sing the national anthem with colors presented by the Harris County Sheriff’s Office.

Broadcasters Geoff Blum and Todd Kalas will throw out the first pitch, with Blum throwing to Kalas. Houston rap legend Paul Wall will give the "Play Ball" call.