VERIFY: We don't know if there are more or less hurricanes now than 100 years ago

During the debate, Vice President Mike Pence said there are no more hurricanes now than a century ago, but reliable data wasn't available back then. 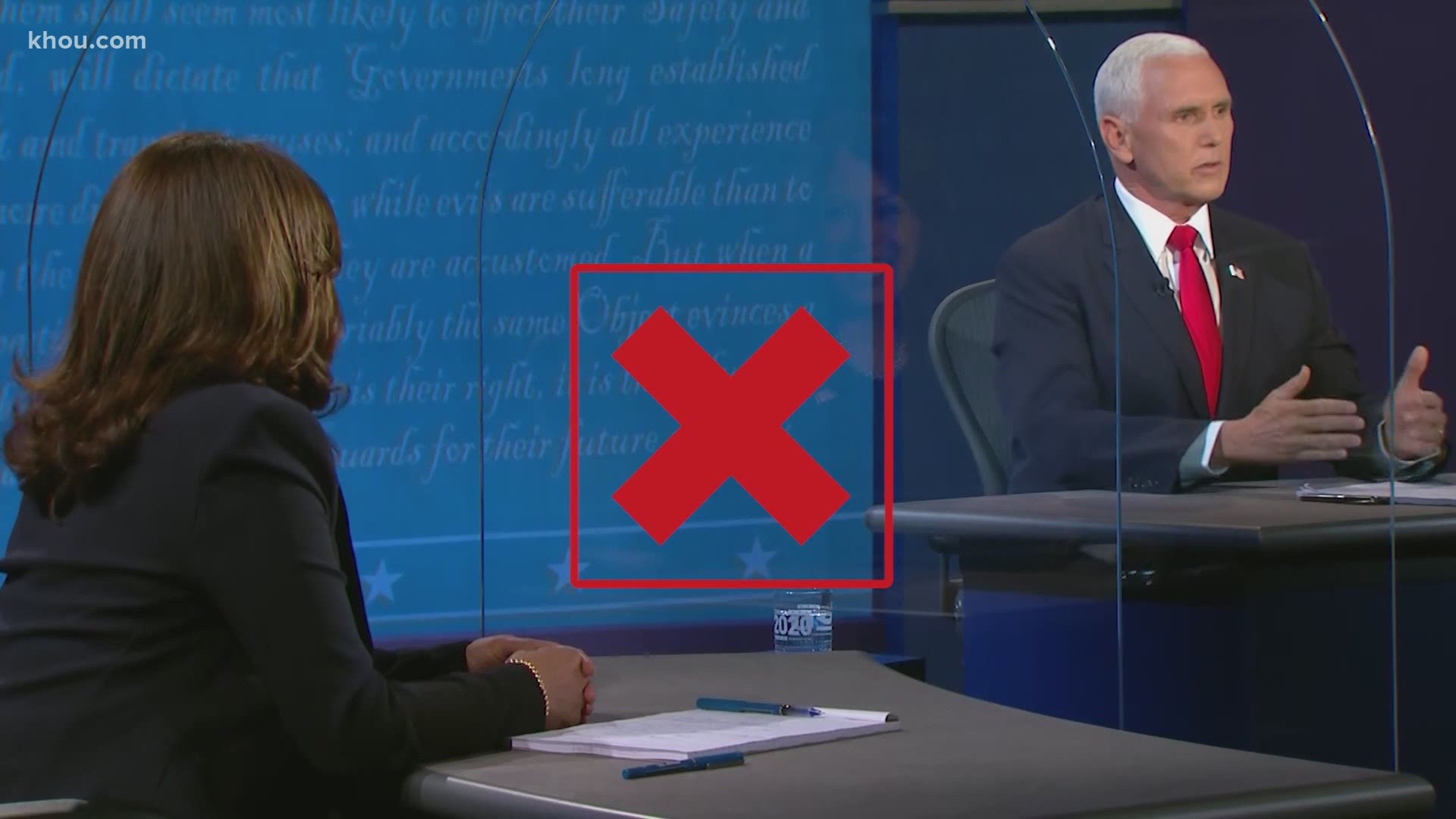 HOUSTON — The 2020 hurricane season has been one of the most active on record, but are there more storms now than in the past? That was one of the topics during Wednesday’s debate between Vice President Mike Pence and Sen. Kamala Harris.

Moderator Susan Page commented, “We’ve seen record-setting hurricanes in the south. Another one, Hurricane Delta, is now threatening the Gulf.”

During the debate, she asked Pence about climate change. Page specifically asked if hurricanes are getting wetter, slower and more damaging because of man-made climate change.

However, we wanted to know if the statement was accurate. To VERIFY, we turned to the NOAA.

NOAA states it is likely that the rise in the number of Atlantic tropical storms and hurricanes since the late 1800s is primarily due to improved monitoring. According to NOAA, ship traffic would report storms prior to 1965. So, it is very likely a number of hurricanes were missed.

If you use existing records and factor in the estimated number of missing storms, NOAA stated there wouldn’t be a significant change in how often these storms form.

We can’t VERIFY if Pence's statement is true or false because reliable data wasn’t available 100 years ago. NOAA does state the rise in the number of named storms now is almost entirely due to increases in storms that last less than two days. The administration said these short-lived storms would have been overlooked before satellites as they would have had less chance of encountering ship traffic.