"At 75% [capacity] we can actually see the light at the end of the tunnel," said Dallas Hale of Shell Shack in Plano. 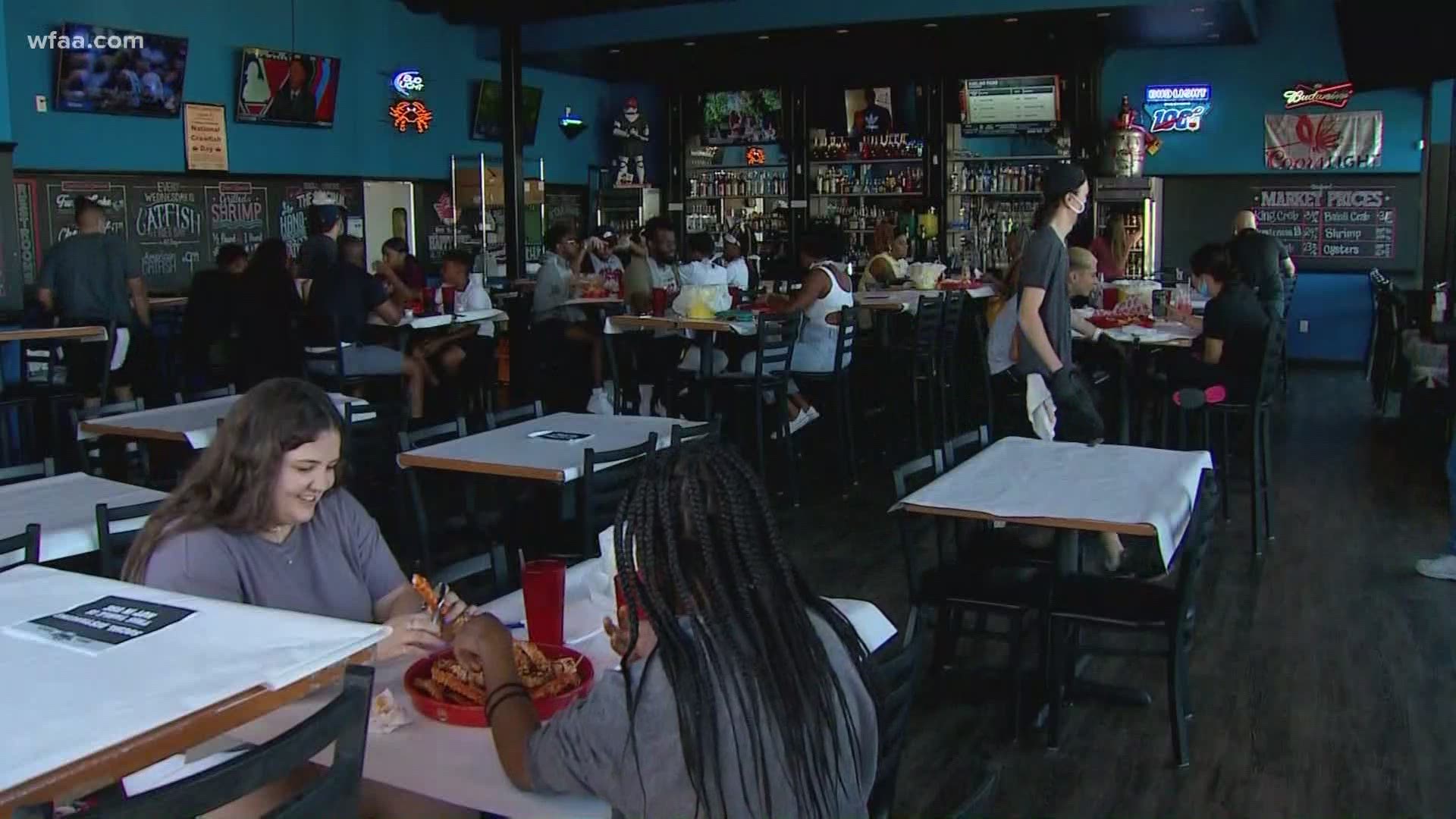 PLANO, Texas — Customers are a welcome sight for business owners who are trying to navigate through the coronavirus outbreak and subsequent state orders.

On Friday, Governor Abbott's Phase 3 of the Open Texas plan will allow restaurants to open their doors to 75% of capacity.

WFAA met with Dallas Hale, who has 12 businesses across two states. One of those businesses is the Shell Shack in Plano where some tables are closed off to observe social distancing.

"We went from record numbers to dropping to 25% of those numbers [in one week]," said Hale.

Hale is excited about the prospect of more customers inside his restaurants. He says at 75% capacity he can begin to turn a profit.

But several owners have told WFAA they can't open to 75% and keep six feet clearance inside.

Hale says in talking with attorneys the six-feet rule is only a recommendation.

It appears the order does not expressly mandate six feet distance. But WFAA did find some language in the Minimum Standard Health Protocol, put out by Texas Department of State Health Services.

"People should not be in groups larger than 10, and should maintain six feet of social distancing from those not in their group," read the protocol.

Business owners are mixed on their interpretation of the order and protocol set by the state. Hale says, fortunately, he can accommodate 75% capacity and still satisfy the six-foot clearance between tables.

Hale has hired back everyone at his Plano location and is in the process of more hiring. He says it will take two years for him to recoup the losses from the outbreak, and that's if business stays steady.

"At 75% we can actually see the light at the end of the tunnel," said Hale.