The Democrat from Washington state is the latest to accuse her fellow senators of inciting and supporting the rioters who stormed the nation's Capitol. 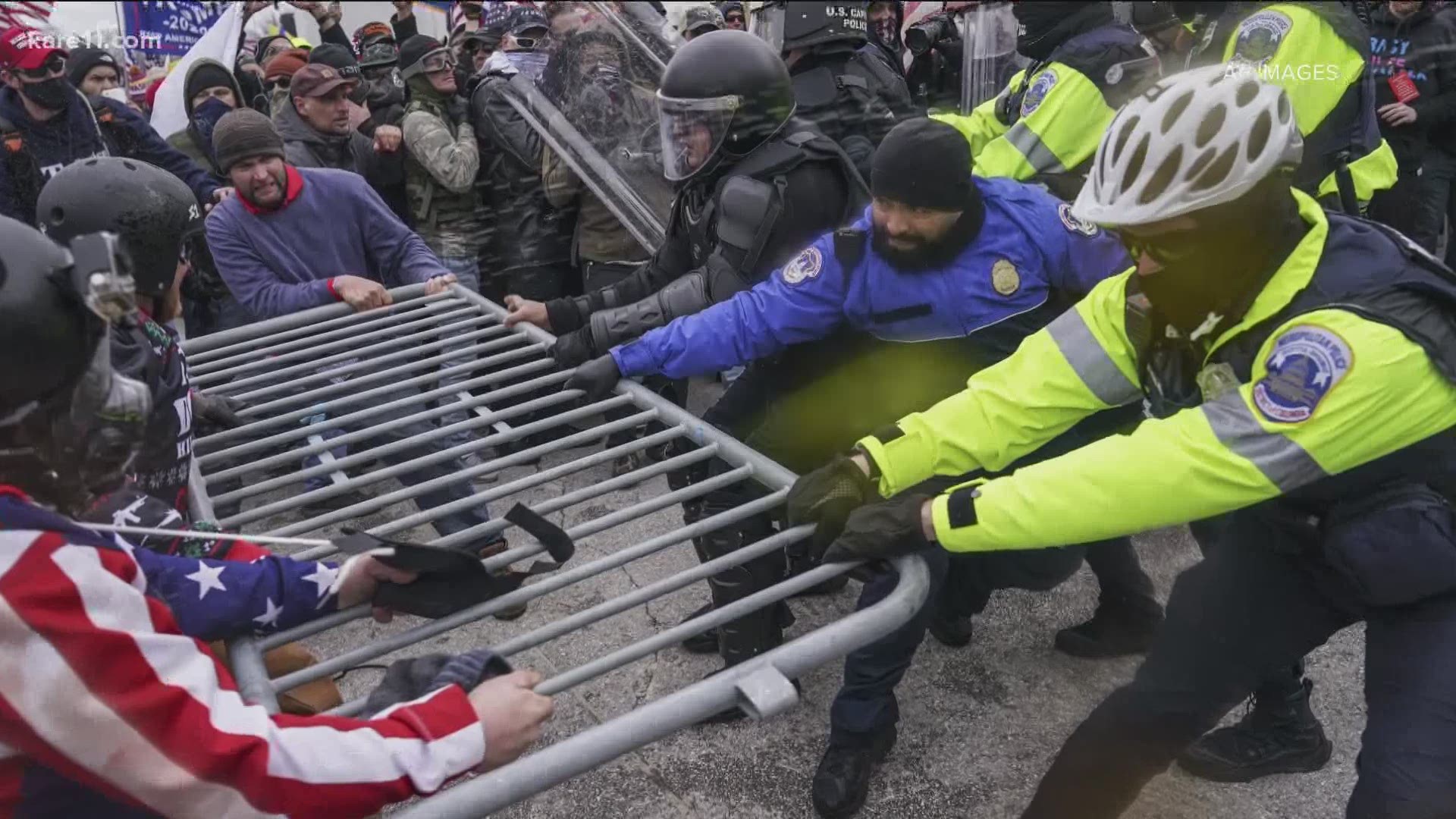 “I come to the Capitol every day to fight for what I believe in. I often have issues I feel very strongly about — whether it’s a woman’s right to choose, or immigration, or health care, or the issue of the day," Murray said. "I use my voice to tell people what I believe to be right, and I listen to the other side. We hear each other out, we vote, and whoever has the votes wins. And I accept that. Do I always like the outcome? No, but I accept it, because that is what our democracy requires. People having a voice, being able to use it, and all of us accepting that no one person or group should get their way all the time.

"There can be no normalizing or looking away from what played out before our eyes this week. The violent mob that attacked the Capitol was made up of people who don’t accept democracy, and want to take this country by use of force. This is not how we keep our people and our country free."

Shortly after President Donald Trump addressed his supporters on Jan. 6 vowing "never to concede" the 2020 election in a speech on the Ellipse, rioters stormed the Capitol, breaching all police barricades and forcefully entering the building.

The Capitol was placed on lockdown, police ordered evacuations, and the certification of Electoral College votes, which had just begun minutes before rioters broke in, was delayed. D.C. Mayor Muriel Bowser declared a public emergency in D.C. and instituted a curfew.

According to D.C. Police Chief Robert Contee, four people died over the course of the day, including one woman who was shot by Capitol Police as a mob attempted to break into the House chamber. Two men and another woman died of medical complications, unrelated to firearms. Then on Thursday, a U.S. Capitol Police officer died after he was injured during the riot.

“As a Senator, I respect every member who disagrees with my ideas. I reserve my right to use my voice to fight for what I believe in," said Murray. "But at the end of the day, our job is to keep this country a democracy where voices win, not brute force. Any Senator who stands up and supports the power of force over the power of democracy has broken their oath of office. Senators Hawley and Cruz should resign.”

A spokesperson for Sen. Cruz issued this statement to KING 5:

"Sen. Murray’s rhetoric is hypocritical, dishonest, and dangerous. Sen. Cruz immediately condemned this terrorist attack and called for anyone who stormed the Capitol to be prosecuted to the fullest extent of the law. Sen. Cruz has always condemned political violence of all kinds, unlike Sen. Murray, who this summer defended what she called a ‘vital’ and ‘legitimate’ insurrection in her home state that resulted in four shootings, two deaths, multiple alleged sexual assaults, mass looting, and arson."

Sen. Murray isn't the first to call for the resignation of Cruz and Hawley.

Meanwhile, Sen. Hawley stood firm on his objection to the certification of the Electoral College votes in Arizona and Pennsylvania as pressure mounted for him to resign or be removed from office.

In a statement, Hawley said he will never apologize for what he described as doing his job.

“I will never apologize for giving voice to the millions of Missourians and Americans who have concerns about the integrity of our elections. That’s my job, and I will keep doing it,” the statement said.

In an interview with KHOU, Cruz said he does not assume any blame for the riots.

“What I was doing and what the other senators were doing is what we were elected to do, which is debating matters of great import in the chamber of the United States Senate," Cruz said. "I joined with 11 other Senators and we proposed to the Senate that Congress should appoint an electoral commission.” 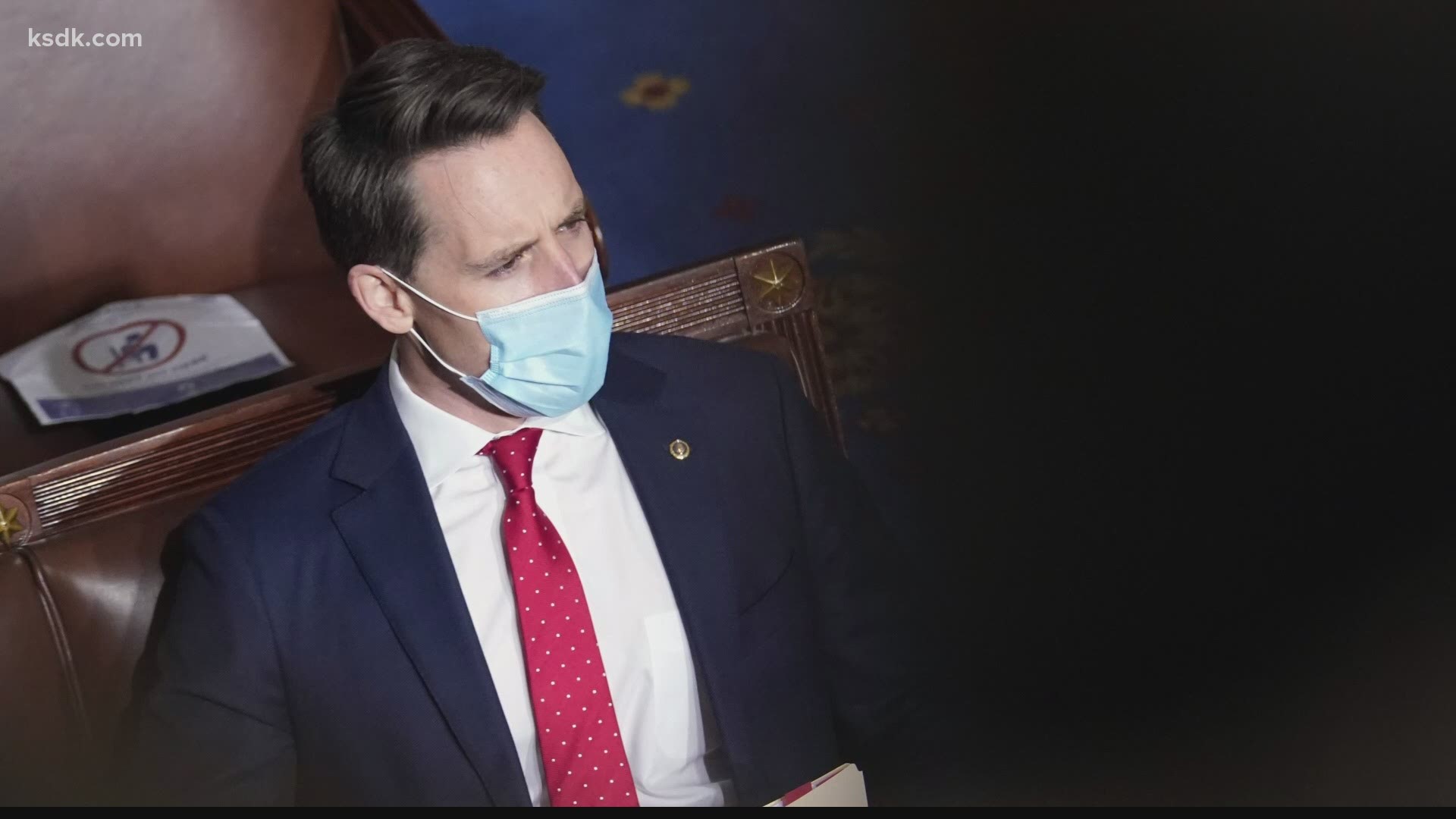