President Trump has been impeached for a second time. So, what happens now?

While the President has been impeached, that does not mean he is out of office. 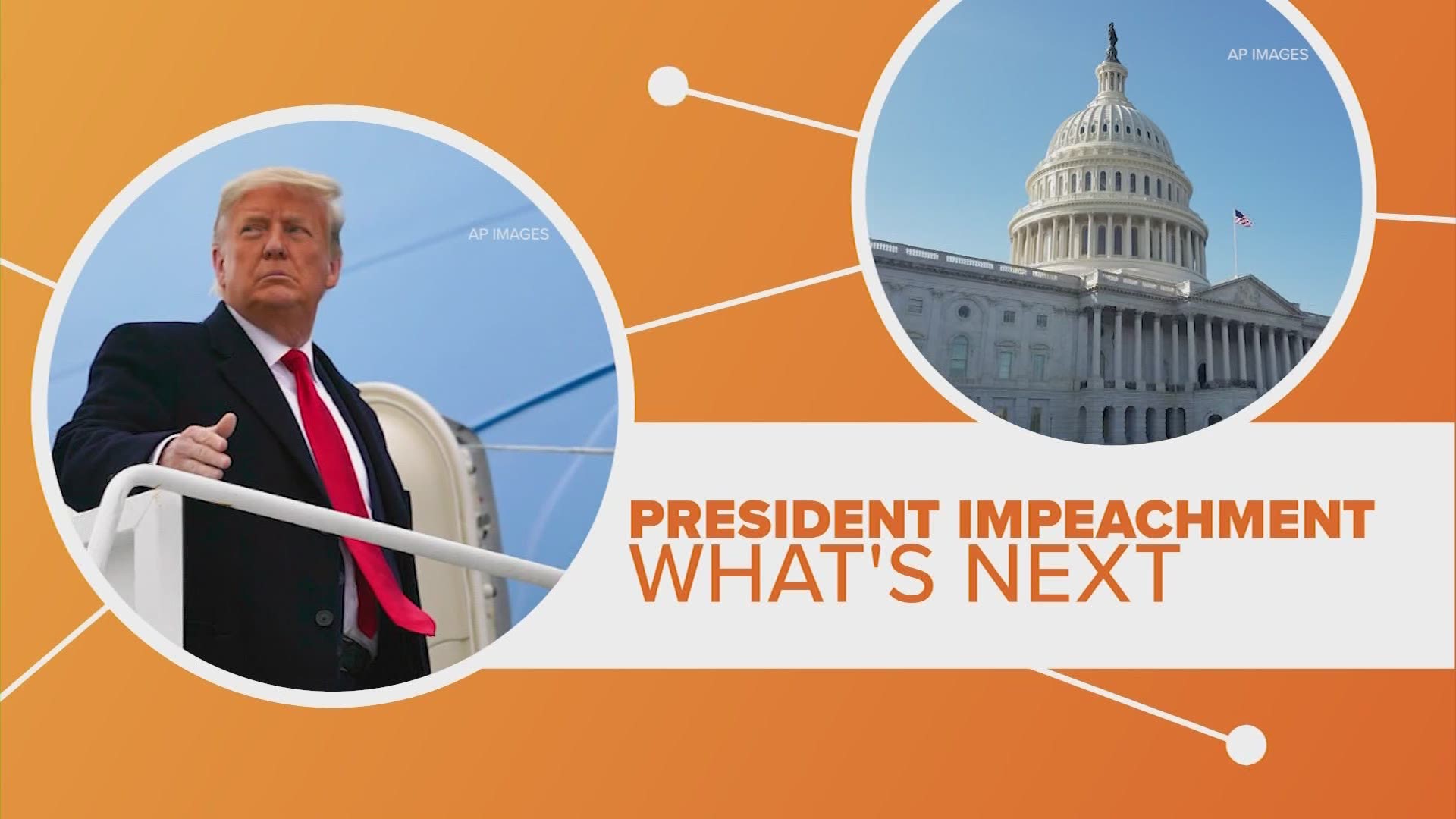 Now that the House has voted to impeach President Trump for a historic second time, what happens now?

While the President has been impeached, that does not mean he is out of office. The House of Representatives votes for impeachment needing only a simple majority to get it passed. But impeachment itself has no practical effect. Now the whole thing gets kicked to the Senate.

The Senate is in charge of holding an impeachment trial. That trial ends with a vote on whether or not to convict the President. But conviction takes a two-thirds majority -- an uphill battle in these divided times.

If they do manage to convict, that’s when this all gets very real for the President.

No President has been convicted in a Senate impeachment trial, but if President Trump was he could lose a lot of the benefits that go along with being a former president, including a lifetime pension, annual travel budget and money for an office and staff.

If the Senate convicts President Trump, they could also vote on disqualifying him from serving in a federal office again.