The bill, introduced Thursday, would require convicted child sex offenders to take hormone-blocking medication as a condition for parole. 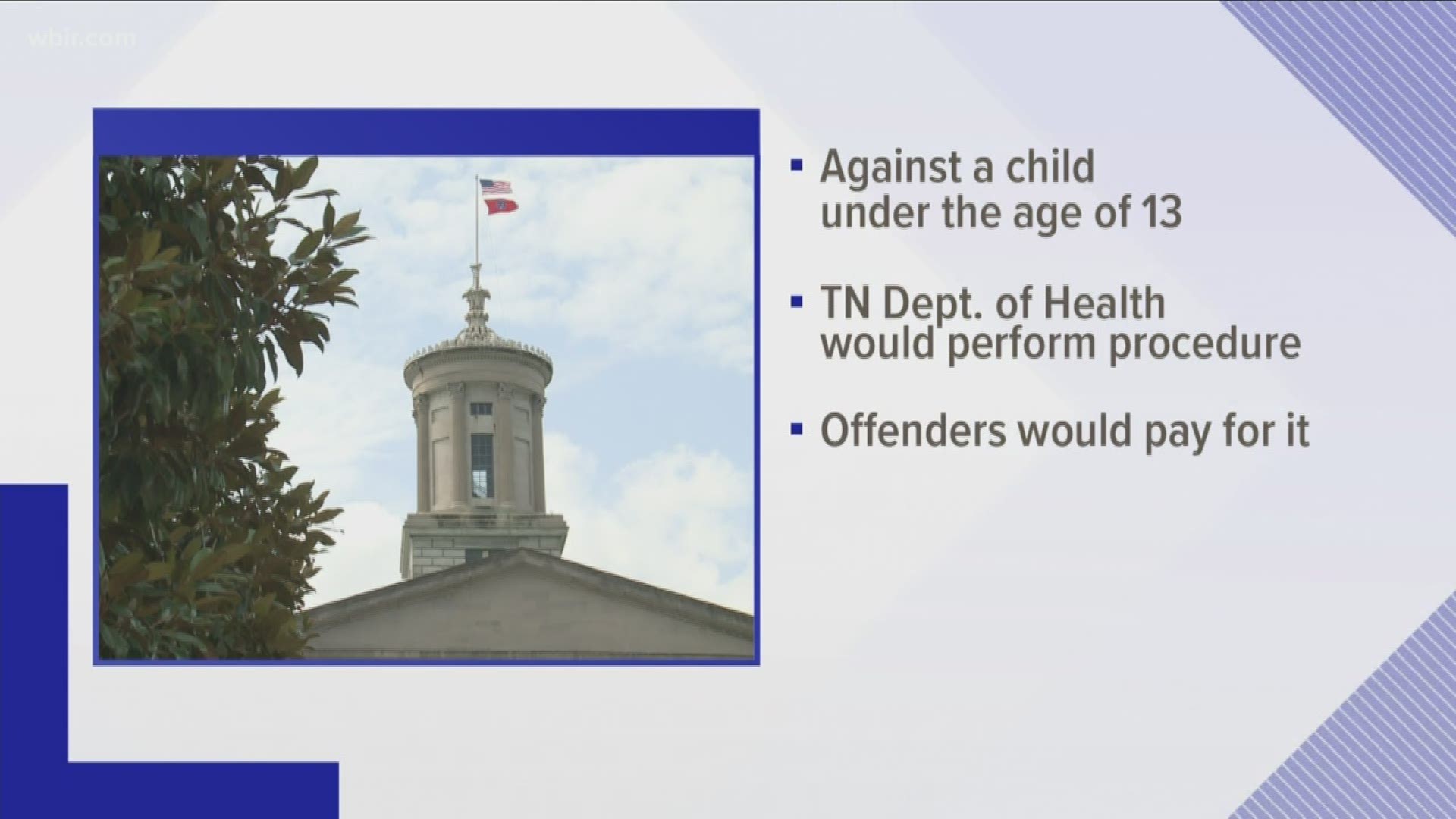 A Tennessee lawmaker has introduced a bill that would make it so certain convicted child sex offenders would have to undergo chemical castration as a condition for parole.

Rep. Bruce Griffey (R-Paris) filed House Bill 1585 for introduction on Jan. 2. If passed, the bill would require any person convicted of a sexual offense involving a child under 13 years old to undergo chemical castration as a condition for parole. The process would be administered by an employee of the Department of Health.

The bill calls for chemical castration with drugs that block, reduce or inhibit the production of testosterone, hormones or other chemicals in a person's body. Offenders would have to take the drugs for at least one month before being released from custody, and continue taking after being released them until the 'court determines the treatment is no longer necessary.'

The bill said offenders would be responsible for all costs associated with chemical castration, but could not be denied parole solely based on their inability to pay. Offenders unable to afford the drugs would have to prove so in court in order to not be taken back into custody to serve out the remainder of their sentence.

If passed, the bill would take effect on July 1, 2020 and would apply to offenses committed on or after that date.

Similar laws have been passed in other states, such as Florida, California, and Louisiana. Alabama passed a nearly identical law in 2019.

"If they're going to mark these children for life, they need to be marked for life," Alabama Rep. Steve Hurst told NBC affiliate WSFA of Montgomery.

"My preference would be if someone does a small infant child like that, they need to die," he said. "God's going to deal with them one day."

The American Civil Liberties Union has opposed such measures -- saying it could be unconstitutional under the Eighth Amendment.

“It could be cruel and unusual punishment. It also implicates right to privacy. Forced medications are all concerns,” said Randall Marshall, the executive director with the ACLU of Alabama.

RELATED: Gun experts: Firearm owners should still train if they get the new concealed carry permit