Gun experts: Firearm owners should still train if they get the new concealed carry permit 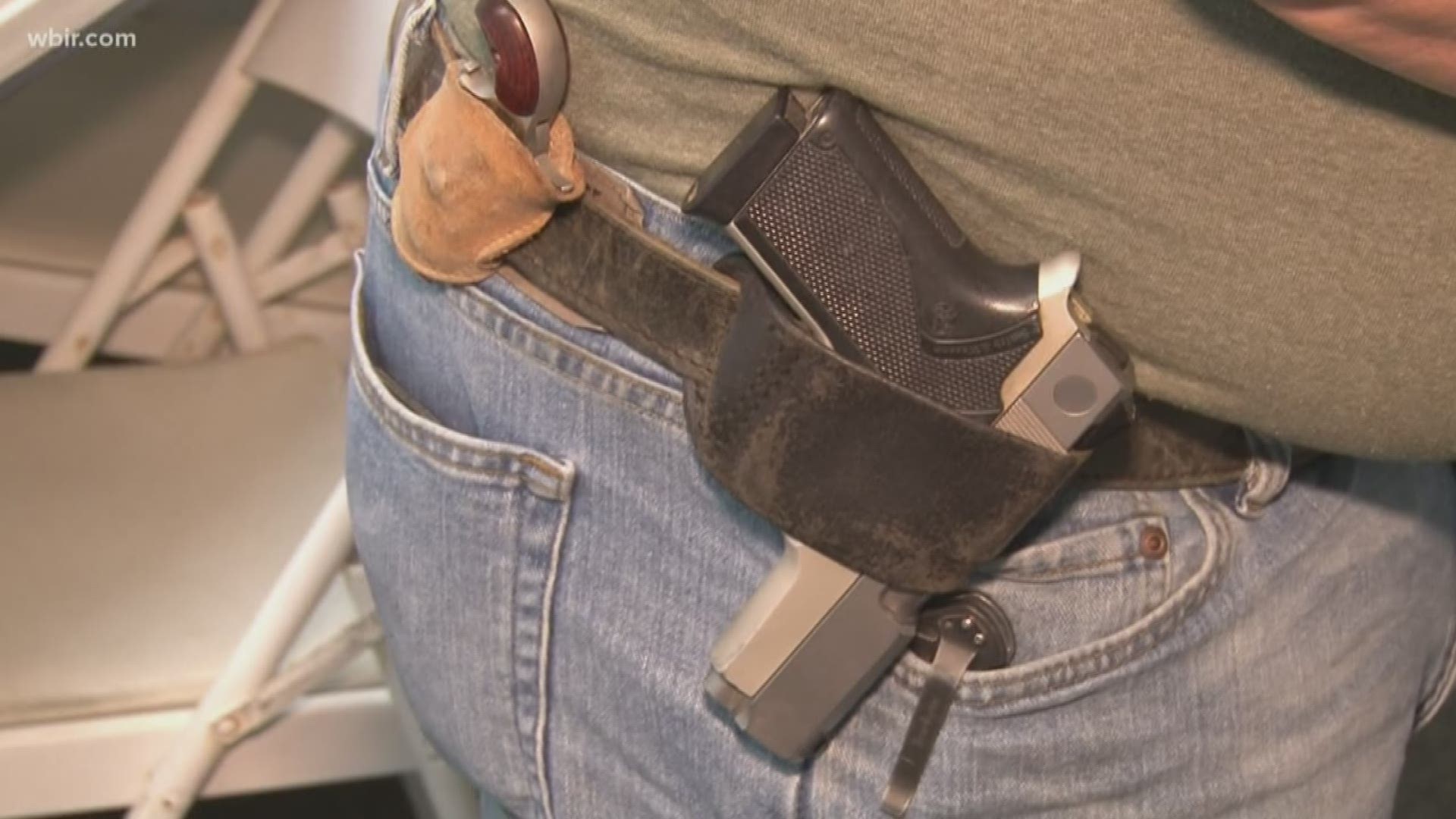 The "enhanced handgun permit" allows people to carry openly or concealed where law allows. It costs $100 for an 8-year permit and requires an 8-hour training course that includes firing a gun at a range.

The new option is the "concealed-only handgun permit" which only lets permit holders conceal carry. It costs $65 for an 8-year permit and requires a 90-minute online training course.

RELATED: Tennessee's gun laws are changing in 2020. Here's what you need to know

There's no hands-on component, so someone could be granted this permit without ever touching a gun.

"A large amount of it is due to the change in the handgun carry permit process," he said.

Paskiewicz said his customers are opting for the new concealed carry permit, and dropping out of the 8-hour training class.

"I had 90 plus people cancel in the months of November and December to wait for this 90-minute course," he said.

"If you're depending on a firearm to protect you or your family and you're not practiced in it, you're not gonna remember what to do," he said.

At S.E.T.'s Gun and Range in Oak Ridge, manager Steve Smith said having this new option is a good thing for some people.

"Somebody who's prior military who's already done training, it gives them a means to skip something that they've already shown proficiency in using," said Smith.

But he agrees with Paskiewicz that hands-on training is still important.

RELATED: Take 10! Sign up for the WBIR lunchtime newsletter

The state requires all law enforcement officers to have 40 hours of firearm training plus refresher courses each year. All officers are encouraged to practice more.

"You've got to ask yourself overall if it is really worth the difference with all that you lose with the conceal-only permit versus the enhanced handgun carry permit," said Smith.

Paskiewicz said no. His advice is to take the 8-hour course.

"If you don't shoot every month, it's a disposable skill. You will forget it," said Paskiewicz.

Smith said he advises his range users to practice once a week and build on their skills.

Both permits are now available statewide.

RELATED: How to customize the stories and alerts you get from WBIR