Larry McMurtry, one of the greatest Texas authors of all time, dies at 84

Several of McMurtry’s books became feature films. He had a few book stores across the country, including one in Houston. 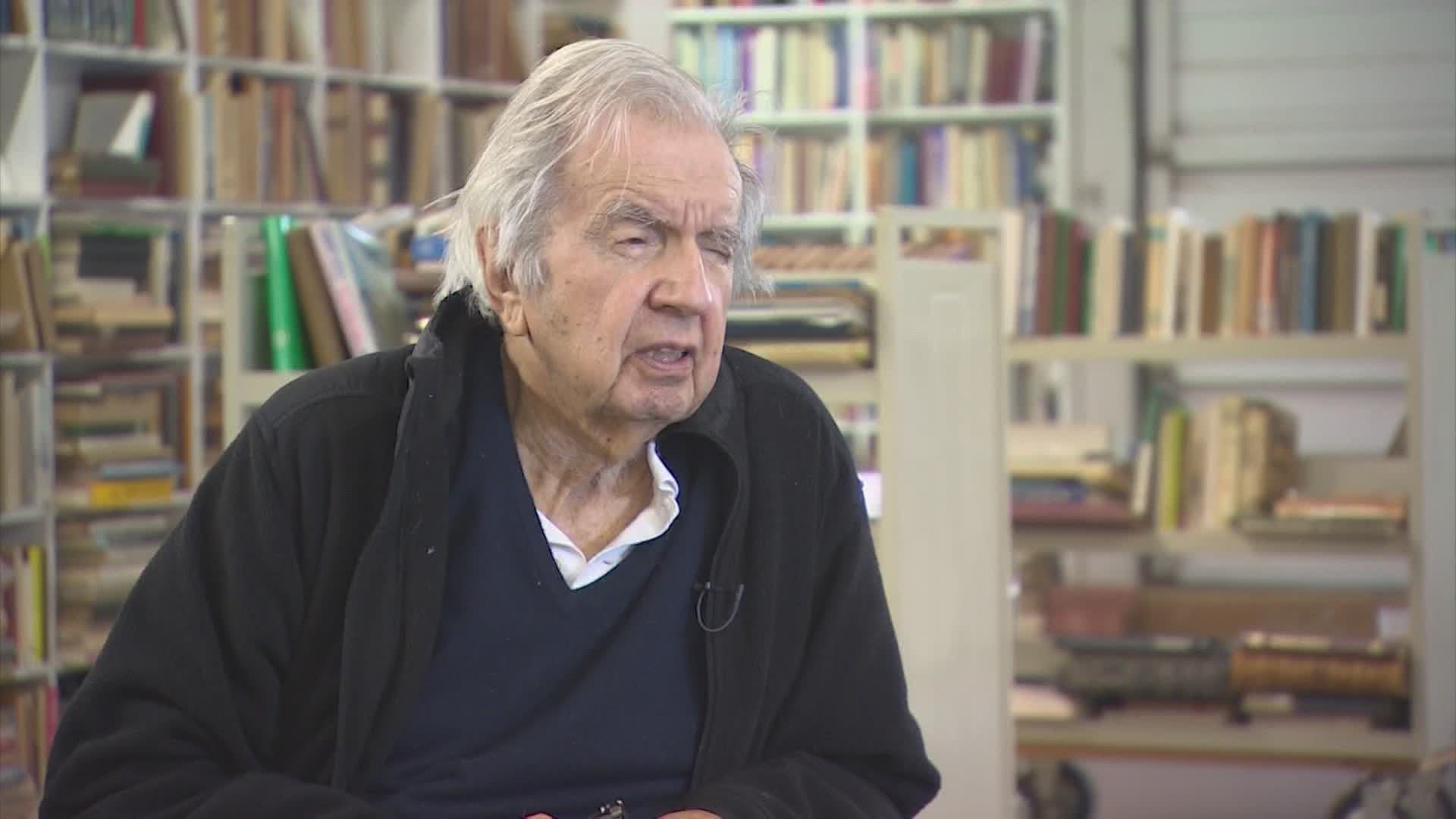 WASHINGTON — Larry McMurtry, the prolific and popular author who took readers back to the old American West in his Pulitzer Prize-winning “Lonesome Dove” and returned them to modern-day landscapes in works such as his emotional tale of a mother-daughter relationship in “Terms of Endearment,” has died. He was 84.

His death was confirmed Friday by a spokesman for his publisher, Liveright. Further details were not immediately available.

McMurtry, who had in his later years split his time between his small Texas hometown of Archer City and Tucson, Arizona, wrote almost 50 books, including novels, biographies and essay collections. He simultaneously worked as a bookseller and screenwriter, co-writing the Oscar-winning script for the movie “Brokeback Mountain.”

Several of McMurtry’s books became feature films, including the Oscar-winners “The Last Picture Show” and “Terms of Endearment.” His epic 1986 Pulitzer winner “Lonesome Dove,” about a cattle drive from Texas across the Great Plains during the 1870s, was made into a popular television miniseries that starred Robert Duvall, who has often cited the project as a personal favorite and likened his role as retired Texas Ranger Augustus McCrae to acting in “Hamlet.”

“’Lonesome Dove’ was an effort to kind of demythologize the myth of the Old West," McMurtry told The Associated Press in a 2014 interview. But, he added, "They’re going to twist it into something romantic no matter what you do.”

“The Last Picture Show,” his third novel, became a classic with its coming-of-age story set in a small Texas town. He and director Peter Bogdanovich were nominated for an Academy Award for their script for the movie, filmed in Archer City, located about 140 miles (225 kilometers) northwest of Dallas. The film adaptation of “Terms of Endearment,” released in 1983, was written and directed by James L. Brooks and received Oscars for best picture, director and screenplay, with awards for star Shirley MacLaine and supporting actor Jack Nicholson.

“Sitting here thinking of the greatness of Larry McMurtry,” Brooks tweeted Friday. “Among the best writers ever. I remember when he sent me on my way to adapt “Terms” — his refusal to let me hold him in awe. And the fact that he was personally working the cash register of his rare book store as he did so.”

McMurtry was born on June 3, 1936, into a family of ranchers. McMurtry attended what is now the University of North Texas in Denton and Rice University in Houston and was member of Stanford University’s Stegner writing fellowship.

He wrote his first novel, “Horseman, Pass by,” at the age of 25 in 1961. It was made into the movie “Hud” starring Paul Newman that came out two years later.

McMurtry opened his first used and rare bookstore in 1971 in Washington, D.C., and later opened other stores in Houston, Dallas and Tucson.

In the mid-1980s, lured by cheap real estate, he opened his Booked Up store in Archer City. Eventually, the store in Archer City was the only one remaining. He downsized the store — both in volume and storefronts — in an effort dubbed The Last Book Sale, but retained about 200,000 volumes.

McMurtry’s writing collaboration with Diana Ossana began after she helped him get out of a slump following quadruple bypass heart surgery in 1991. They won the Academy Award for their screenplay for the 2005 movie “Brokeback Mountain,” based on an Annie Proulx short story about two cowboys who fall in love. His most recent novel, “The Last Kind Words Saloon,” came out in 2014.

He told the Associated Press in 1994 that his life throughout the 1980s had been peripatetic — traveling between his bookstores across the country and a home in Los Angeles. Then the surgery forced him to stop moving. “It just so happened that I stopped at Diana’s kitchen table,” he said.

The two, both divorced, had met at a Tucson catfish restaurant and struck up a friendship. After the surgery, McMurtry spent his time sleeping in Ossana’s guest room, writing “Streets of Laredo” on a typewriter in her kitchen, or staring out the window.

She helped edit “Streets of Laredo” and then began encouraging him to accept screenwriting offers. “I was getting lots of offers then from the movies. I was very popular, but I didn’t feel confident. I’d had real serious heart problems. I got a lot of offers and I think that she just got tired of me turning them down,” he said.

When the offer came in for a script on the Depression-era bank robber Pretty Boy Floyd, Ossana and McMurtry tackled it together and then wrote the novel “Pretty Boy Floyd.” After that they collaborated on more than 40 screenplays.

He married Josephine Ballard in 1959 and three years later, the couple had a son, singer-songwriter James McMurtry. In 1966, they divorced. In 2011, he got married for a second time: to Faye Kesey, the widow of longtime friend Ken Kesey, author of “One Flew Over the Cuckoo’s Nest.” They held their marriage ceremony in the Archer City bookstore.

Don Graham, a professor of English and American literature at the University of Texas in Austin, said in a 2014 interview with the AP that McMurtry is “pre-eminently a storyteller.” “He’s a great creator of characters and dialogue. That’s one of the reasons he’s had so much success in Hollywood,” Graham said.