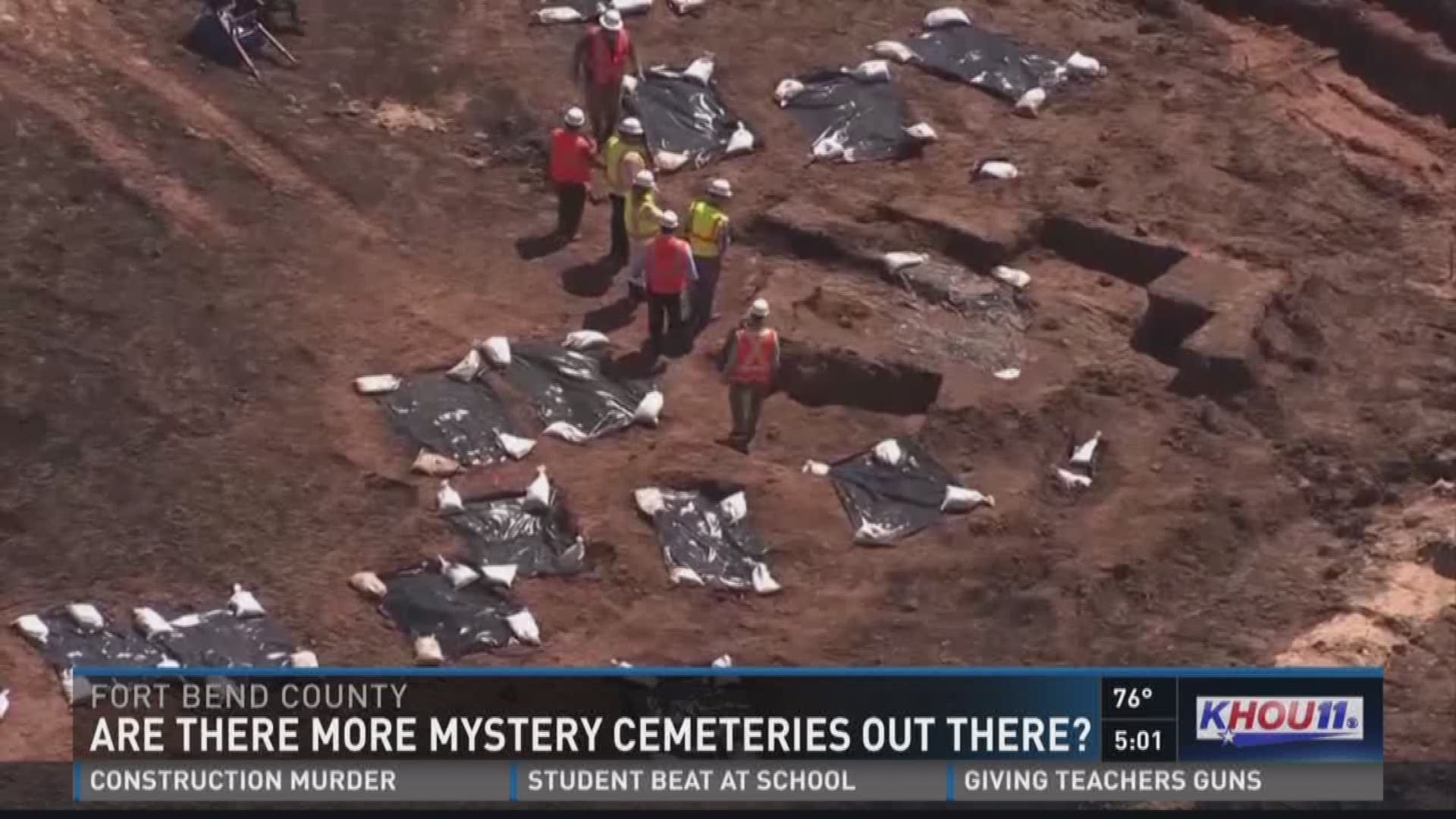 SUGAR LAND, Texas - The mystery at the Sugar Land construction site still needs to be solved. Experts are still trying to figure out who was buried at the property, now owned by the Fort Bend ISD.

The plot of land has a rich history: It was originally a plantation, and then became part of the prison system.

The remains could belong to prisoners after the Emancipation, who were so-called “leased” by private individuals for labor.

“When slaves were freed, they came up with a new law, a federal law where you were free unless you were convicted of a crime. That was a way to re-institutionalize it and bring slavery back in a legal form,” said local historian Reginald Moore.

Moore is a former corrections officer who felt compelled to look into the prison system’s past.

He wants these unknown prisoners to be acknowledged, and he is pushing for a dedicated ceremony for all remains of slaves and prisoners, discovered during new development in the area.

He holds the volunteer position with the Texas Historical Society, of maintaining the Old Imperial Farm Cemetery, which is about a half mile from the construction site.

Brown adds that it is possible that the remains are part of a family graveyard from more than a century.

Testing is being done by archeologists to see exactly how long the remains have been buried here.

The delicate process of excavation could take a long time.

In the meantime, district officials say construction will continue at the site, but the remains will stay untouched and protected.