Investigators believe the Ferrari was going at least 60 mph or more before crashing into another vehicle headed in the opposite direction. 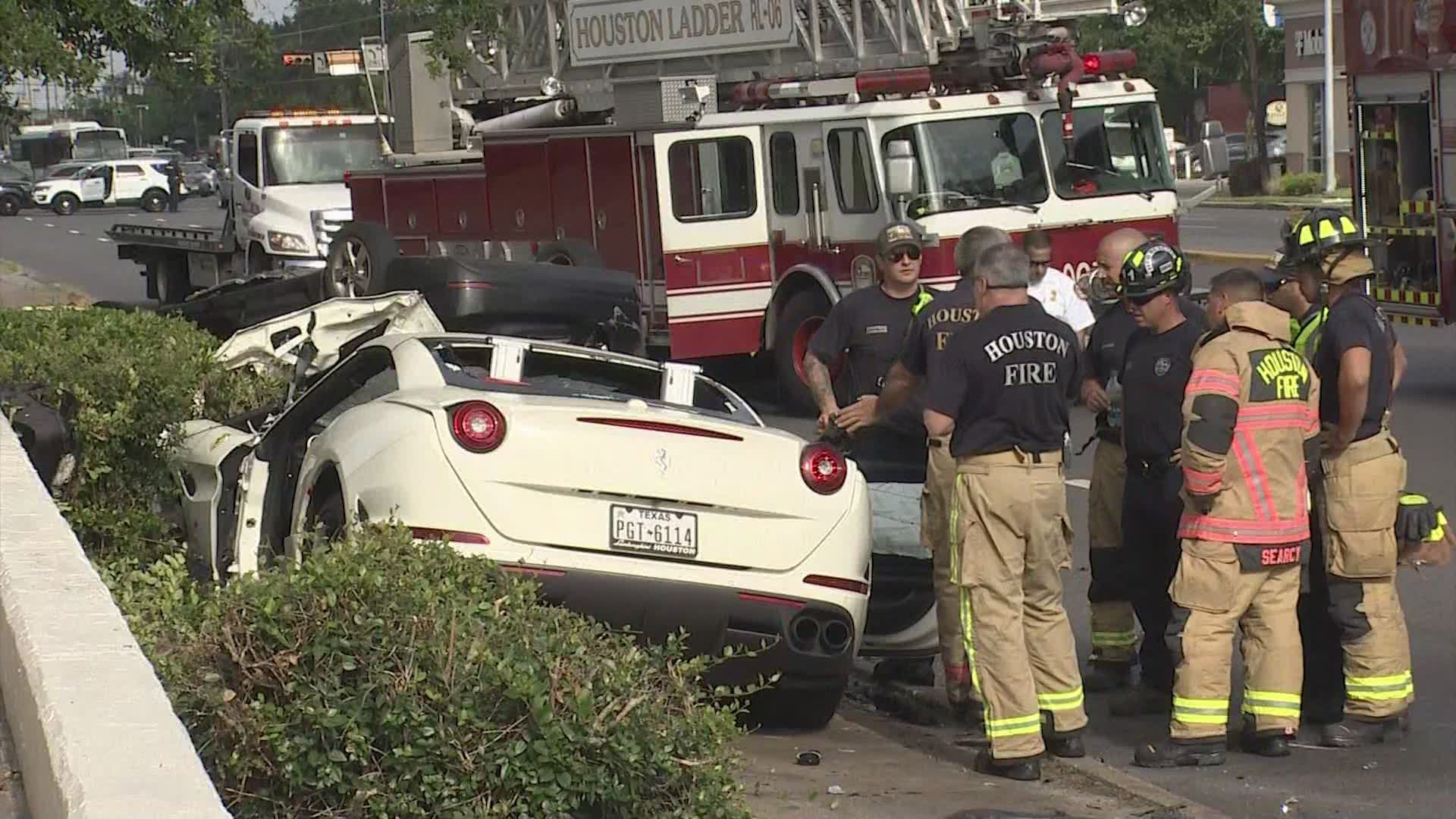 HOUSTON — Two drivers are dead after an out-of-control Ferrari crashed into oncoming traffic Monday morning, according to the Houston Police Department.

Officers were dispatched just before 9 a.m. to the crash in the 5600 block of Westheimer Road, near Chimney Rock, in southwest Houston.

Investigators said the Ferrari was westbound at 60 mph or more when when the driver lost control, causing the vehicle to go across the median and hit a black Hyundai going in the opposite direction.

Images from the incident show a crumpled Hyundai overturned on the sidewalk and a Ferrari with extensive front-end damage.

"Please do not be selfish on the roadway, do not speed," HPD Cmdr. Michael Collins said. "Speed limits are here for a reason. You're not only effecting yourself, but an uninvolved innocent driver as well, so now we have two families shattered by this horrific, tragic incident."