Attorney Tony Buzbee says he is offering to mediate negotiations in the ongoing pay disparity dispute between the City of Houston and firefighters. 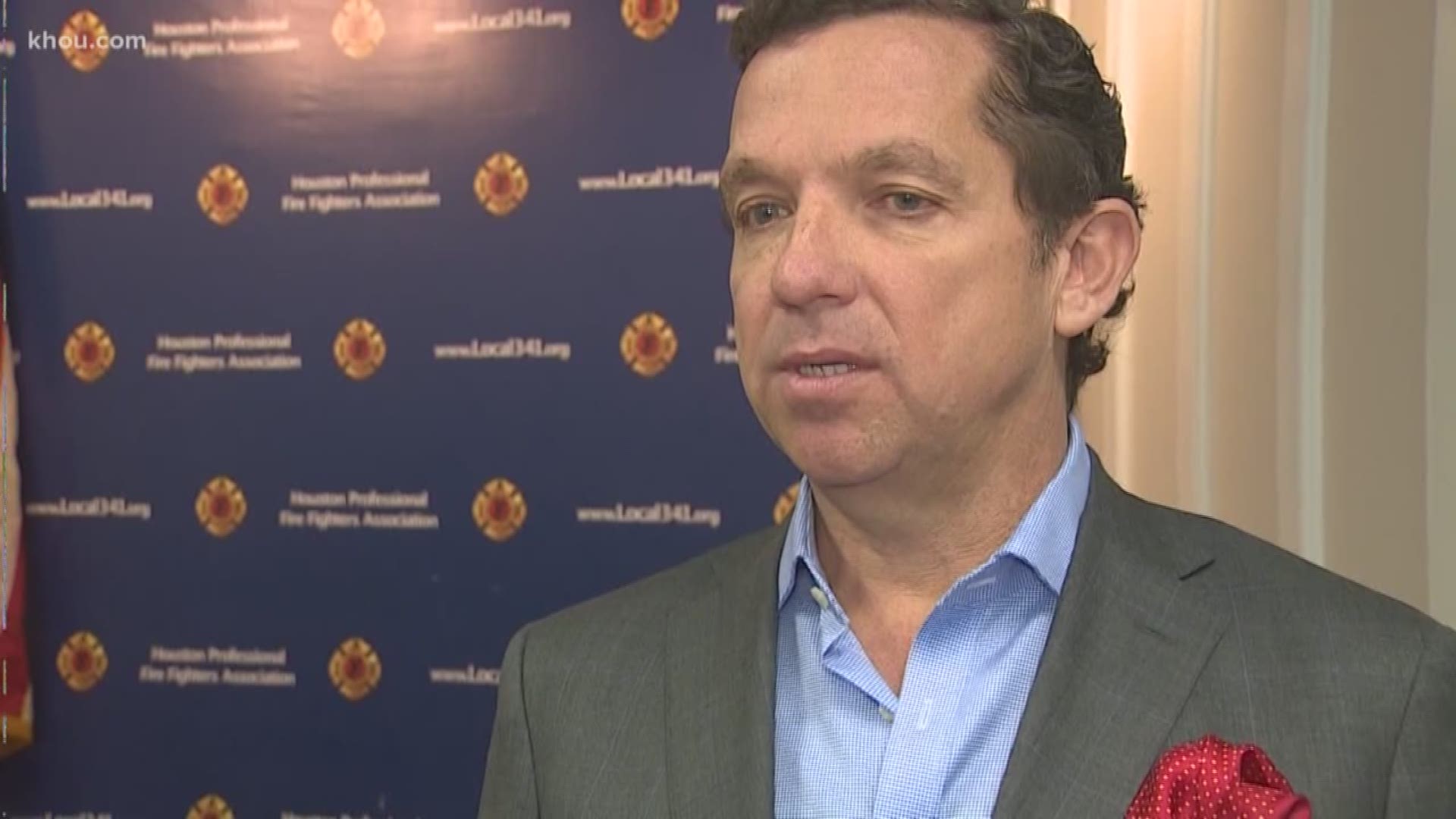 HOUSTON - A well-known Houston lawyer says he is jumping into the fight between Mayor Sylvester Turner and the Houston firefighters' union.

Attorney Tony Buzbee says he is offering to mediate negotiations in the ongoing pay disparity dispute between the City of Houston and firefighters.

Last month voters approved Proposition B which provides for a pay increase for Houston firefighters. They would be compensated the same as Houston police officers of similar positions and experience.

The Houston Police Officers' Union filed a temporary restraining order to prevent the pay increase for firefighters, claiming the proposition is invalid under the Texas constitution.

A judge will rule on the injunction Friday.

Mayor Sylvester Turner said it would amount to a nearly 30-percent pay increase for firefighters, amounting to about $100 million the City cannot afford.

Buzbee says the City will likely spend up to $5 million in legal fees if it decides to fight the proposition in court rather than negotiate.

"I just don't see why our city should be suing our firefighters," Buzbee said. "That shouldn't happen."

“There are many things the Houston Professional Firefighters Association and I agree on, including its recent written statement that ‘the voter-approved (Nov. 6) passage of Proposition B requires the city to bring firefighters pay (by rank) in line with that of Houston police officers’. This measure will cost the city more than $100 million each fiscal year.

“However on Nov. 30, state District Judge Kristen Hawkins ruled in favor of the Houston Police Officers Association and issued a Temporary Restraining Order to the implementation of Prop. B. HPOU showed in court ‘a reasonable probability of success on its request for declaratory judgment that the amendment to the charter of the City of Houston passed as Proposition B...is unconstitutional, invalid and void. In essence it is preempted by state law.

“So either we must implement Prop B or Prop B is void because it is preempted by state law. The court will ultimately decide. Any salary negotiations, which the firefighters union is requesting is nothing more than a distraction and an attempt to confuse the issue."