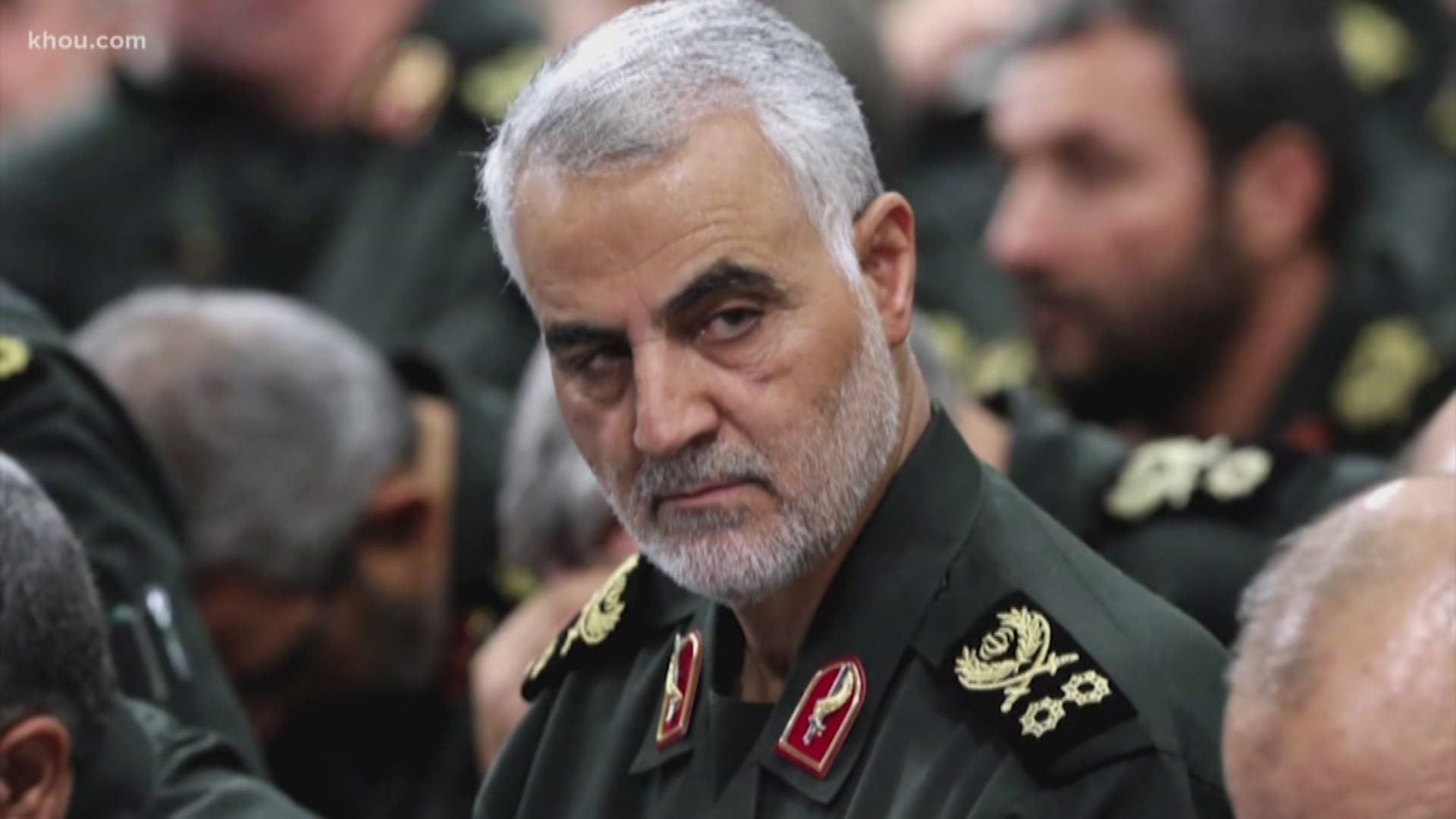 The Pentagon says the U.S. military has killed Gen. Qassem Soleimani, the head of Iran's elite Quds Force, at the direction of President Donald Trump.

Iran's foreign minister, Javad Zarif, spoke out calling the strike an "act of international terrorism." Zarif said the move by the U.S. was "extremely dangerous" and "a foolish escalation."

U.S. Secretary of State Mike Pompeo tweeted a video saying Iraqis were "dancing in the street for freedom" and "thankful that General Soleimani is no more."

Senator Ted Cruz, of Texas, tweeted in part, "The end of Qasem Soleimani is welcome and long-overdue justice."

Rep. Dan Crenshaw tweeted the Iranian leader's death was a "Good night for America, Iraq & the entire region." You can read his entire statement here.

The airstrike and deaths have U.S. troops and Americans on high alert in the Middle East. Overnight, the U.S. urged its citizens to leave Iraq and closed the embassy in Baghdad. The State Department posted a statement on its website and on Twitter also urging citizens to stay away from the US Embassy in Iraq. It says “all consular operations at the U.S. embassy are suspended and U.S. citizens should not approach the Embassy."

(TEGNA and the Associated Press contributed to this report)