Iran has vowed “harsh retaliation” for a U.S. airstrike near Baghdad's airport. The U.S. has closed the embassy in Baghdad. 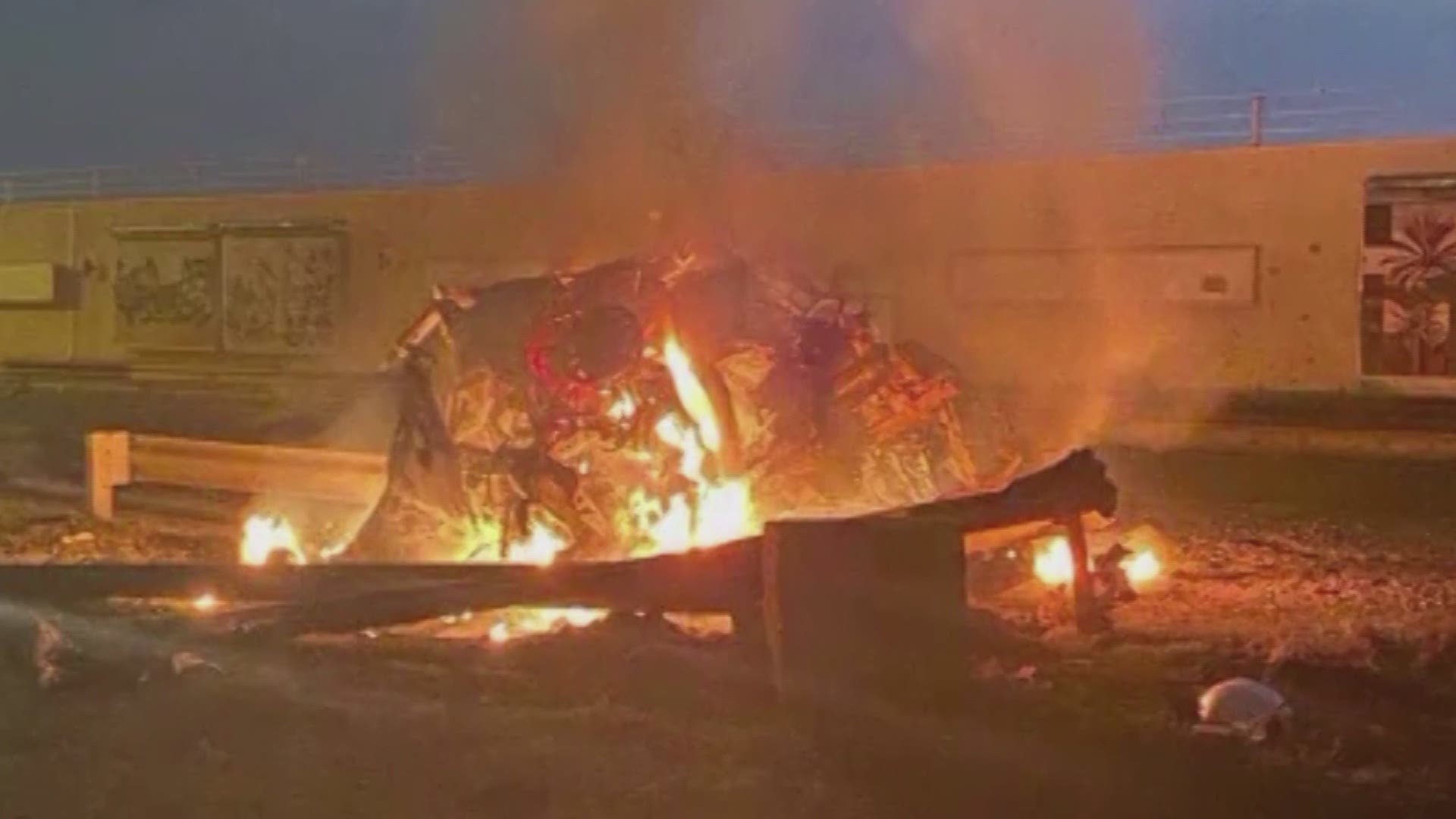 BAGHDAD, Iraq — The U.S. is urging its citizens to leave Iraq and closed the embassy in Baghdad.

The State Department posted a statement on its website and on Twitter also urging citizens to stay away from the US Embassy in Iraq. It says “all consular operations at the U.S. embassy are suspended and U.S. citizens should not approach the Embassy."

Iran has vowed “harsh retaliation” for a U.S. airstrike near Baghdad's airport that killed its top general and the architect of its interventions across the Middle East.

The killing of Gen. Qassem Soleimani, the head of Iran's elite Quds Force, marks a major escalation in the standoff between Washington and Iran.

Credit: AP
FILE - In this Sept. 18, 2016, file photo provided by an official website of the office of the Iranian supreme leader, Revolutionary Guard Gen. Qassem Soleimani, center, attends a meeting in Tehran, Iran. Iraqi TV and three Iraqi officials said Friday, Jan. 3, 2020, that Soleimani, the head of Iran’s elite Quds Force, has been killed in an airstrike at Baghdad’s international airport. (Office of the Iranian Supreme Leader via AP, File)

Iran’s supreme leader warned that a “harsh retaliation is waiting” for the U.S. after the airstrike, calling Soleimani the “international face of resistance.”

Iran's foreign minister, Javad Zarif, also spoke out calling the strike an "act of international terrorism." Zarif said the move by the U.S. was "extremely dangerous" and "a foolish escalation."

The killing, and any forceful retaliation by Iran, could ignite a conflict that engulfs the whole region, endangering U.S. troops in Iraq, Syria and beyond.U.S.

Secretary of State Mike Pompeo earlier tweeted a video saying Iraqis were "dancing in the street for freedom" and "thankful that General Soleimani is no more."

It was an airstrike that killed Soleimani, who was the architect of Iran's regional security apparatus. The strike happened at Baghdad's international airport Friday, Iranian state television and three Iraqi officials said. "General Soleimani was actively developing plans to attack American diplomats and service members in Iraq and throughout the region," the Department of Defense said in a statement.

The Department of Defense said, "at the direction of the President, the U.S. military has taken decisive defensive action to protect U.S. personnel abroad by killing Qasem Soleimani, the head of the Iranian Revolutionary Guard Corps-Quds Force, a U.S.-designated Foreign Terrorist Organization."