A handful of new states legalized marijuana on Election Day, so could Texas be next? 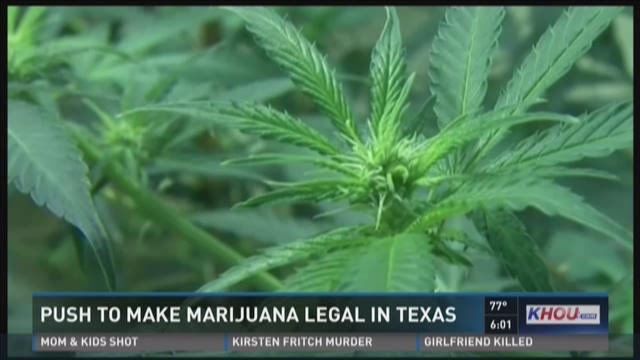 A handful of new states legalized marijuana on Election Day, so could Texas be next?

“I want to send offenders for non-violent offences, especially marijuana, around jail. I don’t want them to pay bail. Most importantly, we don’t have people to have a permanent criminal record for a small offense that then stands in the way of future opportunity,” Ogg told KHOU 11 News on Election Day.

“We have to wait and see how republican leadership is going to respond to that and whether there’s going to be a lot of resistance to that kind of change,” said Neill, Postdoctoral Fellow in Drug Policy at the Baker Institute at Rice University.

She says she is a believer in legalizing marijuana, especially when it comes to medical use.

“I think we have a good chance of seeing some reform happen this session," she said.

Groups in favor of legalizing the drug are already rallying support for the new proposals.

“We encourage everyone to contact your representatives and tell them to support House Bill 81, Senate Joint Resolution Number 17 and 18. This would put it on the ballot for voters to decide, which is important because that would also open up a lot more public discourse and discussion about the issue," said Jason Miller, communications director for NORML. "The question isn’t whether Texas should legalize marijuana, it’s when is it going to happen and what is it going to look like in terms of the regulatory framework and the licensing."

“I think both would have a decent chance of passing if voters were allowed to decide. Whether or not voters will be given that option, I think that’s the big question here," Neill said. "I think that’s something we’re going to have to wait and see how this plays out. I do imagine there will be some opposition to that."

KHOU 11 News asked Governor Greg Abbott for a response to the proposed legislation.