The legislation comes as several gun rights activists were seen armed outside the Texas Capitol's gates. 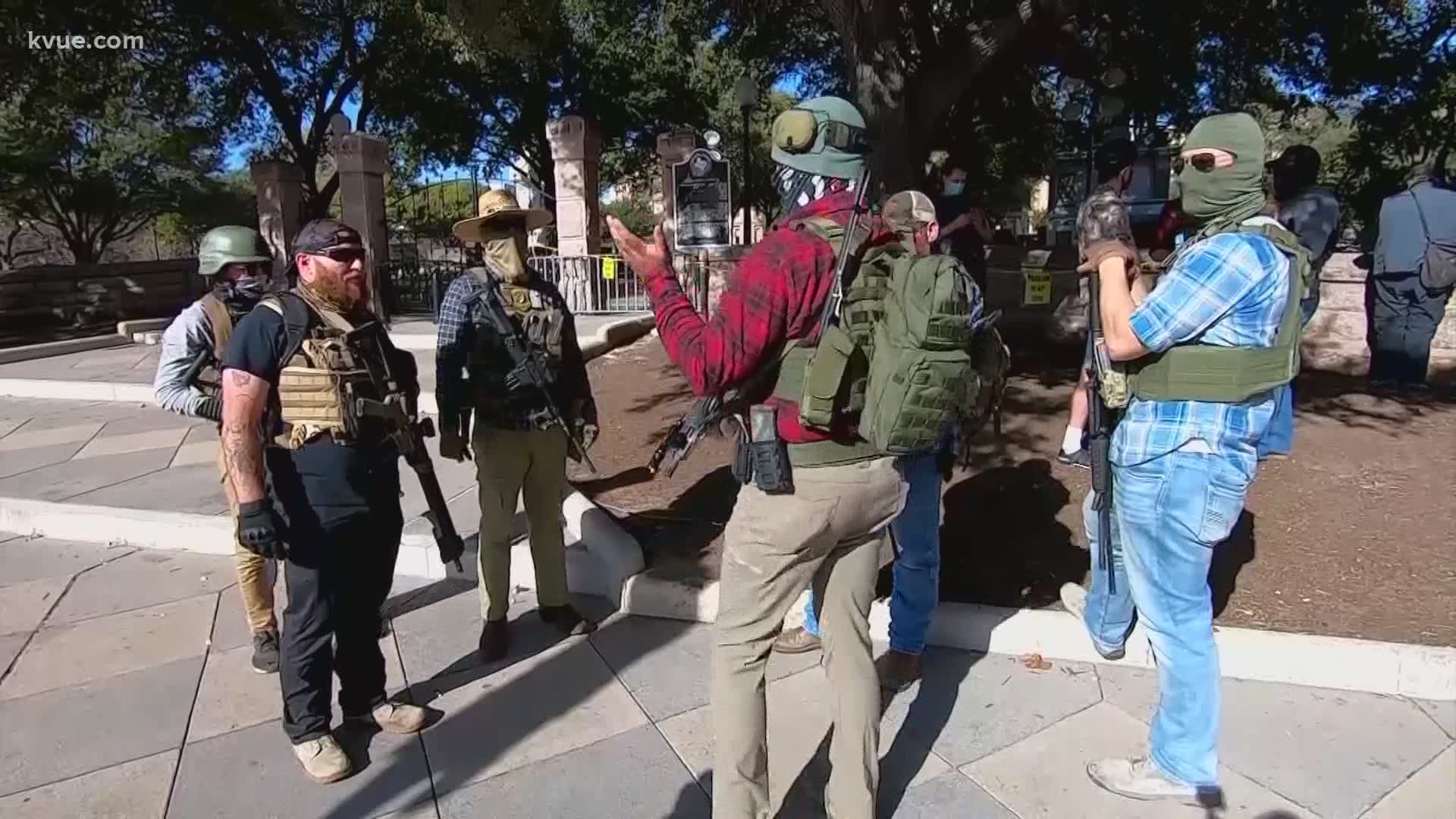 AUSTIN, Texas — Texas Sen. Sarah Eckhardt has proposed Senate Bill 311, which would make it illegal to display a firearm within 500 feet of a public demonstration.

The bill defines a "public demonstration" as a place where one or more people are "demonstrating, picketing, speechmaking, marching, holding a vigil, or engaging in any other similar conduct that involves the communication or expression of views or grievances and that has the effect, intent, or propensity to attract a crowd or onlookers." However, it does not include the casual use of property by visitors or tourists without the intent to attract crowds or onlookers.

The measure adds to existing law that already makes it illegal to use profane language, to use offensive gestures, use chemical or noxious odors, to make threats or unreasonable noise, to fight, to discharge a firearm, and to expose his or her genitals, in a public place, among other restrictions.

The bill comes at a time when members of the public have been seen carrying weapons during demonstrations outside of the Texas Capitol building.

On Sunday, several gun rights activists armed with rifles rallied near the Capitol's gates. Members of the group told KVUE that their peaceful rally had been planned for months and had nothing to do with the 2020 presidential election.

Meanwhile, the Texas DPS has closed the Capitol grounds Saturday through Wednesday as investigators monitor reports of "violent extremists" who could pose a threat to the safety of legislators and visitors. KVUE's Tony Plohetski confirmed officials are monitoring multiple sects with different political ideologies ahead of Inauguration Day.

Texas law currently allows licensed-to-carry persons on Capitol grounds and inside the Capitol when it is open. Licensed people may carry their guns concealed or open carry in a holster and must carry their licenses on them.

A spokesperson for Texas Gun Rights said the organization is against this bill.

"We oppose SB 311 and any other bill that would further restrict the Second Amendment rights of law-abiding Texans," said Chris McNutt, executive director. "That’s why Texas Gun Rights is focused on making Texas the 17th Constitutional Carry state in 2021, removing barriers for law-abiding citizens to carry their lawfully possessed firearms."

On Tuesday, Rep. Vikki Goodwin (District 47) announced she filed a similar bill, HB 791, in the Texas House of Representatives.

“I believe strongly in the First Amendment rights of citizens to exercise their freedom of speech and to petition their government,” said Rep. Goodwin. “But the US Constitution states clearly that the people have the right to assemble ‘peaceably.’ If the threat of protesters carrying guns can shut down the Texas State Capitol for nearly a week, then we need to do more to ensure that such demonstrations remain nonviolent.”

What happens if a U.S. senator for Texas resigns?