A recent ruling in Leon County, Texas could stop the project in its tracks. 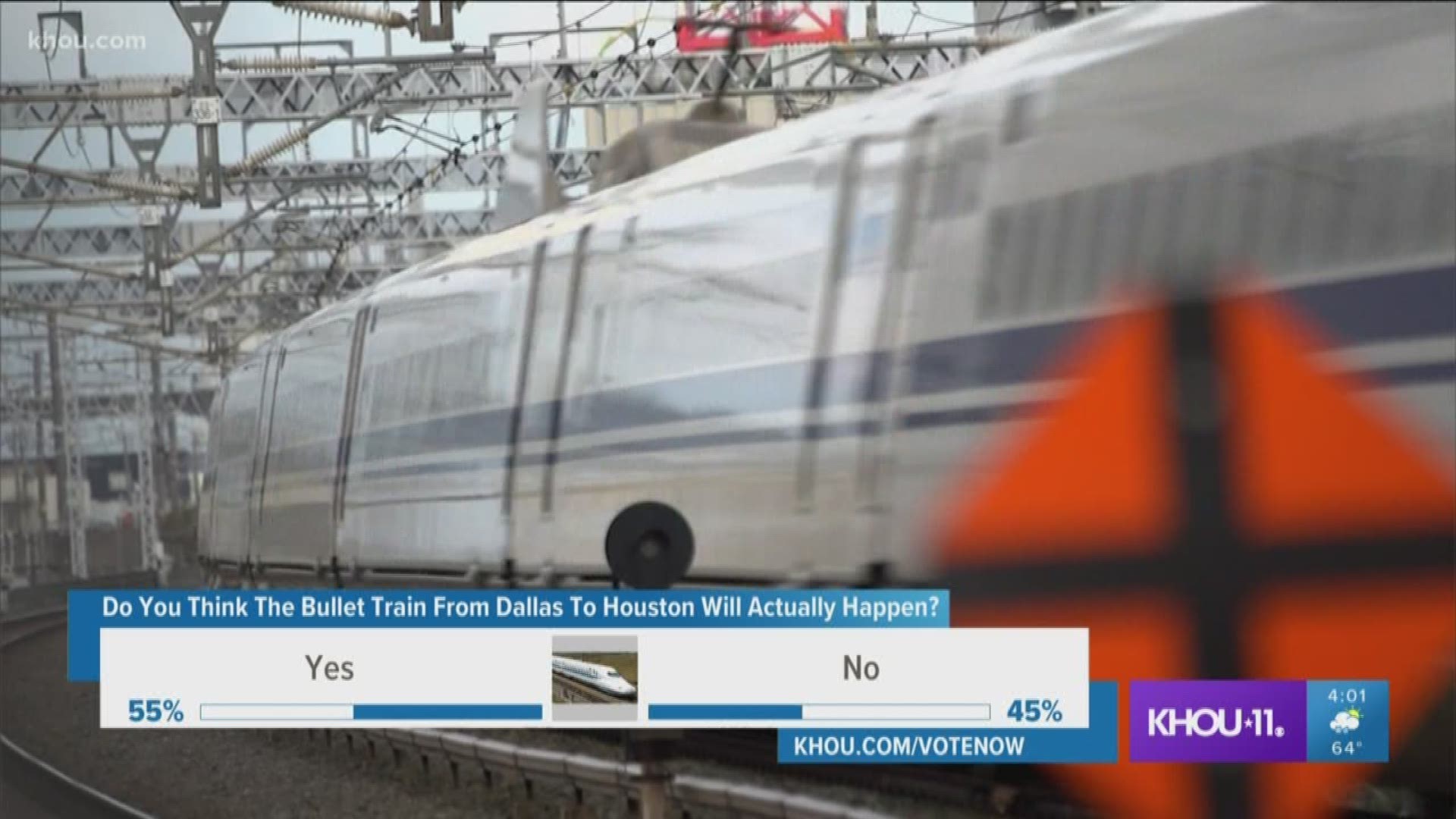 HOUSTON — The proposed high-speed rail connecting Houston to Dallas may have hit a speed bump.

A judge in Leon County ruled against Texas Central earlier this month saying Texas Central can’t force landowners to give access to their property.

The judge sided with landowners who argued Texas Central isn’t a railroad yet.

McShan says if Texas Central isn’t a railroad, the company can’t force landowners to sell or give access to their property.

However, Texas Central says the ruling hasn’t slowed down their progress.

The company plans to appeal the decision.

“Contrary to what others have said, a judge in Harris County previously declared that Texas Central is a bona fide railroad company, affirming its rights under state law to conduct surveys on private property to help determine the train’s most advantageous route between North Texas and Houston,” the company said in a statement.

So, what happens next?

Matthew Festa, a legal land use expert, says the bullet train project isn’t a sure thing at this point.

“I think this is a really surprising ruling at the trial court level,” said Matthew Festa, South Texas College of Law. “I think it definitely delays the project until we get a court of appeals ruling. On the other hand, the legislature could weigh in on it.”

We respectfully disagree with the judge’s decision in Leon County and plan to appeal. We are confident that the laws of Texas irrefutably give this project authority to access and survey private land to help determine the high-speed train’s most advantageous route between Houston and North Texas.

Contrary to what others have said, a judge in Harris County previously declared that Texas Central is a bona fide railroad company, affirming its rights under state law to conduct surveys on private property to help determine the train’s most advantageous route between North Texas and Houston.

That order held that Texas Central is a “railroad company” as defined in Section 81.002 of the Texas Transportation Code and an “interurban electric railway” as set forth in Section 131.011.  In this instance, Texas Central completed the survey work and subsequently withdrew the legal action.

Texas has long allowed survey access by railroads like Texas Central, pipelines, electrical lines and other industries that provide for a public good and a strong economy.

Texas Central is moving forward on all aspects of this project, continuing conversations with property owners in Leon County and elsewhere who are signing onto the company’s land purchase program. Texas Central also is working without interruption on its construction planning and with its financial, engineering and business partners and with the Federal Railroad Administration on completing its environmental review of the project.