It’s an issue that hits home in Houston where city numbers show roughly one out of every four residents is foreign-born. 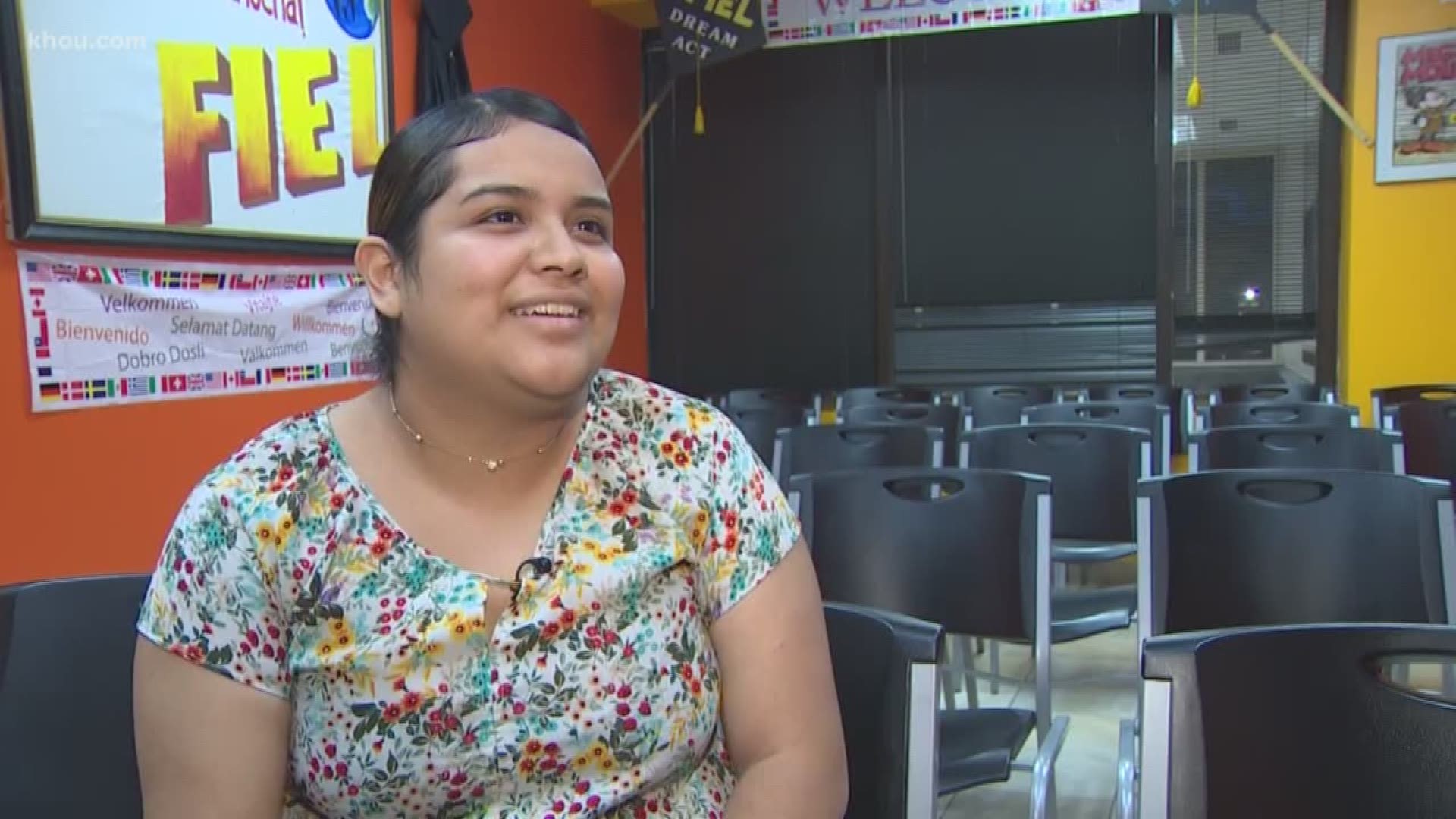 HOUSTON — The merit-based immigration plan unveiled by President Donald Trump on Thursday is drawing a reaction in Houston from officials, community leaders and people directly affected.

Under the president’s proposal, the system would assign points based on an immigrant’s specific skills, education, income level and if they speak English. The current system awards green cards mainly based on family connections and a lottery.

It’s an issue that hits home in Houston where city numbers show roughly one out of every four residents is foreign-born.

People on both sides of this issue say they want immigrants to be able to come to Houston, improve their lives and make the region a better place. However, they disagree on who should be allowed in and how.

Elizabeth Rabolloso, a DACA recipient who arrived from Mexico at age 3, watched President Trump unveil the plan on a TV at the southwest Houston headquarters of FIEL, the immigrant rights group where she works.

“Nothing was mentioned about the DACA,” said Rabolloso, who has an 8-month-old baby born in the U.S. and wants to attend college. “I just want to be able to know that I can stay here and do everything that I can to have a better future for my family.”

Dr. Laura Murillo, President/CEO of the Houston Hispanic Chamber of Commerce, believes not addressing DACA and comprehensive immigration reform will hurt Houston’s economy. She calls the proposed changes to legal immigration “a band-aid."

Dr. Murillo also believes under President Trump’s proposed rules, her parents would not have been able to immigrate from Mexico with no money and an elementary school education.

Her parents later became citizens and opened the El Jardin restaurant in Southeast Houston, which Dr. Murillo said opened the doors to opportunity for herself, her two daughters, and many other families.

“That restaurant is still there all these years later,” said Dr. Murillo, whose parents have since passed away. “You’ve seen second, third generation of people who have worked there, gone on to college and done well.”

“I think it’s a common-sense solution for those who care about America,” Simpson said. “I think it’s a much better plan that’s gonna treat immigrants much more humanely, make them fully American, and be part of the American dream and do it the right way.”

Simpson believes President Trump’s plan would also cut down on crime like the recent alleged marriage fraud case in Houston.

Simpson said although the proposal does not address DACA, he believes “perfect’s the enemy of the good."